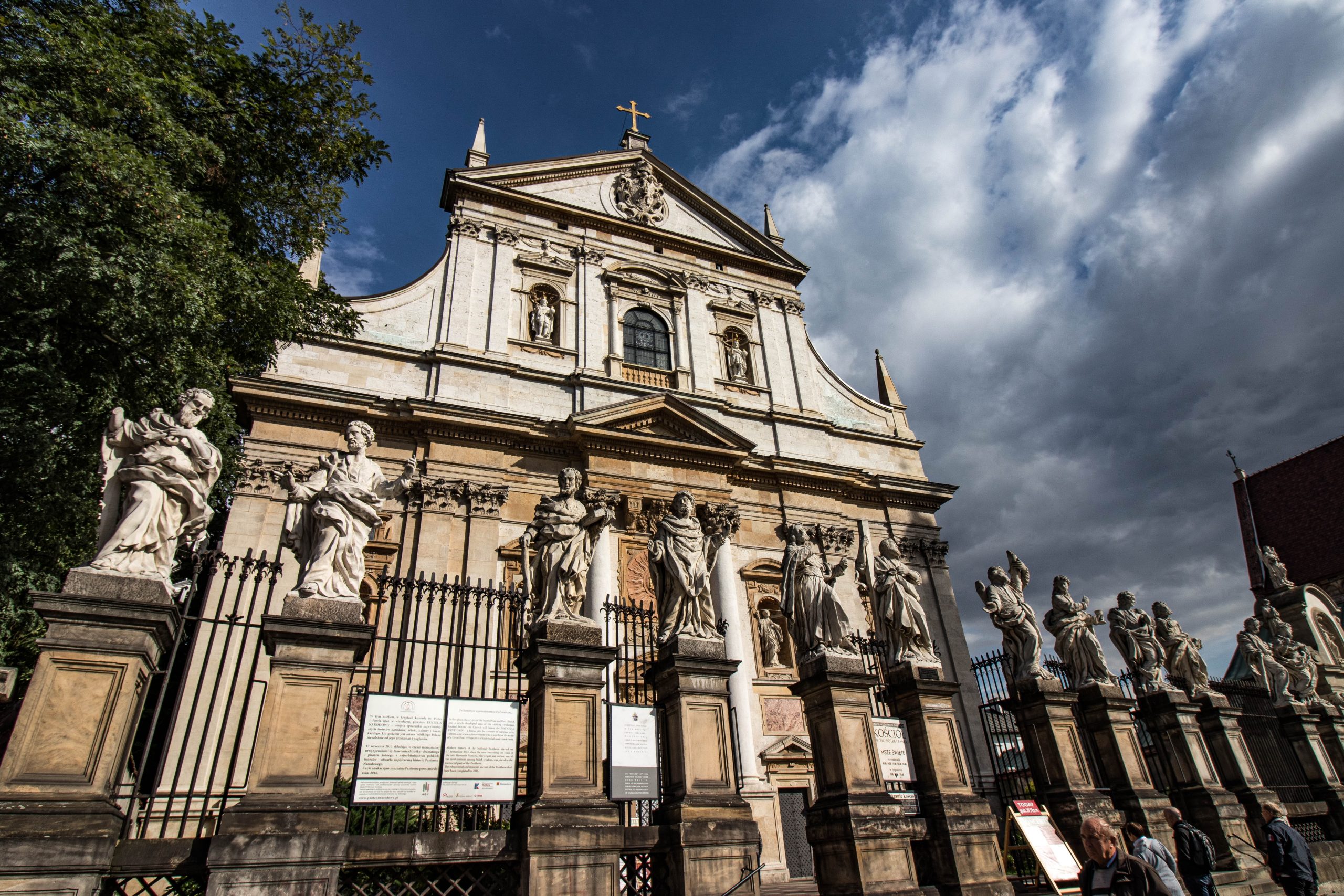 Pope Pius XII took one of his boldest decisions when, on Nov. 12, 1948, he named the 47-year-old Stefan Wyszynski (a bishop for only two years) as archbishop of Gniezno and Warsaw and primate of Poland. Soon after, Wyszynski made his own consequential decision: The Church would try to reach some sort of modus vivendi with the new communist regime. It was the judgment of an astute politi-cal realist who understood just how badly World War II had wounded the Polish Church, and indeed Poland itself, which had seen 20% of its population killed between 1939 and 1945. The Church “had shown in Dachau and in the Warsaw Up-rising that we have learned how to die for the Church and for Poland,” Wyszynski believed; now, as the country rebuilt itself in the harshest years of Stalinism, the Church should show that it knew how to live, and to help Poland live.

Over the next three decades, the former professor and clandestine military chaplain put to work the Catholic social doctrine he had once taught at the seminary in Wlodawek. In doing so, Wyszynski became the defining figure of Polish Catholicism between the Second World War and the rise of Solidarity – and thereby helped make possible the election of a Polish pope. Today, he is revered not only as one of the most influential churchmen of the 20th century, but also -since his beatification in Warsaw on Sept. 12 – as “Blessed.”

‘RENDER UNTO CAESAR’
Upon becoming primate of Poland in 1948, Archbishop Wyszynski led a reform of Polish seminaries, giving students a much more rigorous intellectual formation. At the same time, he spoke to the heart of Polish piety by appeals to Our Lady of Cz stochowa, the famous “Black Madonna” whose image he placed on his coat of arms (but without a crown, because, he said, Poland was too poor for her queen to wear a crown). He was prepared to support social and economic reform in Poland even as he rejected communist atheism and communist political brutality. Thus, in 1950 he led the Polish episcopate in reaching a 19-point accord with the communist regime, which granted some free space for the Church’s pastoral life while the Church acknowledged the regime as Poland’s legitimate government and promised to work for national reconstruction. The agreement did not sit well in Rome, where the primate was criticized. It would not be the last time Wyszynski’s striking combination of tough-minded strategic resolve and tactical flexibility would prove wiser than the approach of the Vatican’s diplomats.

True to form, the communists began reneging on the deal, doing everything in their power to turn the Catholic Church into a subsidiary of the Polish state; their underhanded tactics included creating faux-Catholic groups of priests and laity as alternatives to the real Church. Tensions reached the boiling point when, in 1953, the regime issued a decree claiming the authority to appoint and remove pastors, parish priests and bishops. Wyszynski, now a cardinal, led the Polish episcopate in an epic act of resistance. Preaching at Warsaw’s St. John’s Cathedral, the primate laid down his challenge in no uncertain terms: “We teach that it is proper to render unto Caesar the things that are Caesar’s and to God that which is God’s. But when Caesar sits himself on the altar, we respond curtly: He may not.” Shortly thereafter, the bishops met in Krak6w and made Wyszynski’s position their own: “We are not allowed to place the things of God on the altar of Caesar. Non possumus [We cannot]!”

THE GREAT NOVENA
On the night of Sept. 25-26, 1953, Cardinal Wyszynski was arrested and interned for three years, first in a monastery and then in a convent. He put that triennium to good use, planning the implementation of his second historically con-sequential decision. Poland would celebrate the millennium of its baptism in 1966. The years leading up to that celebra-tion ought to be an opportunity to re-catechize the entire country. Thus, while under house arrest, Wyszynski devised his Great Novena – a nine-year program of catechetical and pastoral renewal he launched in 1957, a year after being released from internment.

The symbolic centerpiece of this Great Novena was the pilgrimage of the image of the Black Madonna to every par-ish in Poland. The crowds rushing to meet Poland’s queen were so colossal, however, that the communists “arrested” Our Lady and confined her to the Jasna Gora Monastery in Cz stochowa. Undeterred, Wyszynski, master of the public gesture, continued the pilgrimage by sending the icon’s frame from parish to parish. Everyone knew who was “inside” that frame – just as everyone knew who had been made to look fools.

The Great Novena was more than an exercise in mass popular piety, however. During those nine years, the coun-try was systematically re-catechized, and the lasting impact would earn Wyszynski the title “Primate of the Millennium.”Each year had a theme (faith, the Ten Commandments, the moral life, the family and so forth), and sermons and religious education classes explored a given theme for a full year. Twenty years later, the workers at the Lenin Ship-yard in Gdansk and the other sites where the independent Solidarity trade union was born were the children who had learned the truths of Catholic faith, including the truths of their own dignity, in unheated church basements during Stefan Wyszynski’s Great Novena.

A POWERFUL PARTNERSHIP
Cardinal Wyszynski’s relationship with Karol Wojtyla, whom he would help elect pope in 1978, was complex.

He had approved Wojtyla’s nomination as auxiliary bish-op of Krakow in 1958 but was not enthusiastic about the possibility ofWojtyla becoming archbishop of that city in 1962. He didn’t know Wojtyla well at that point and imag-ined him an intellectual who could be easily manipulated by the communists – who had the same mistaken impression. Thus Wyszynski proposed several other candidates for Krakow, finally agreeing to Wojtyla in late 1963.

The primate would soon learn that the younger man was as shrewd a political operator as himself, and the two of them made a formidable team – Wojtyla always deferring to Wyszynski and cleverly avoiding the traps the regime laid to try to demonstrate a rift between the two men. Wyszyns-ki, for his part, watched with satisfaction as Wojtyla, a man not naturally given to raising his voice, learned to be a vocal public advocate of human rights for all and a deft critic of communist lies and idiocies. The two also worked together to achieve reconciliation between Polish and German Cath-olics, in an initiative that enraged the communists, even as they jointly resisted ill-advised efforts by Vatican diplomats to insert themselves into the ongoing debate between the Polish Church and the communist regime.

During the second conclave of 1978, Wyszynski was ini-tially skeptical about the suggestion of his friend, Cardinal Franz Konig of Vienna, that Karol Wojtyla could be elected bishop of Rome. But once he grasped the reality of that possibility, the primate lent his considerable support to the idea – and rightly saw in Wojtyla’s election the ultimate vindication of his own efforts since World War II. The picture of the two men embracing at John Paul Il’s inau-gural Mass on Oct. 22, 1978, is one of the great images of modern Catholicism.

Cardinal Wyszynski later died of abdominal cancer on May 29, 1981 – just as John Paul II was recovering from the assassination attempt of May 13.
Some 40 years after his death, Blessed Stefan Wyszynski remains celebrated as the embodiment of a true church-man. His courage and tenacity, rooted in a deep faith, set an example for all of us, especially in those moments when we, too, must say, Non possumus. +

The Catholic Betrayal of Religious Freedom