Joseph Ratzinger came to the Chair of St Peter late in life, a 78-year-old man who could look back (although he rarely, if ever, chose to do so) on decades of intellectual accomplishment. Recognised by even his critics as one of the premier Catholic theologians of the 20th century, he had also attracted the respect of his fellow intellectuals throughout Europe, many of them, like the influential German philosopher Jürgen Habermas, of a decidedly secular cast of mind. Indeed, the then Cardinal Ratzinger convinced Professor Habermas, in January 2004, that the new Europe embodied politically in the expanded European Union could not be built on the thin and shaky foundation of epistemological scepticism about the human capacity to know the truth of things, including the moral truth of things. And it is because Pope Benedict was elected three days after his 78th birthday that his papacy’s teaching has had the character of a great summing up: here is a master-teacher, distilling decades of research and reflection into a body of truths that he manages to convey in language and imagery accessible to those untrained in theology and philosophy — which is to say, to the overwhelming majority of the human race. The enormous crowds at his general audience addresses testify to the hunger for truth which Pope Benedict has touched.

Familiar themes were in play in the Pope’s first encyclical, Deus Caritas Est, which was no surprise, in title or content, to those who had never bought the cartoon Ratzinger and who understood that the image of the “God with a human face” was central to Ratzinger’s theological project. Similarly, in a recently published book entitled Christianity and the Crisis of Cultures, Pope Benedict distils a lifetime of reflection on the relationship between faith and reason, and on the cultural consequences of a collapse of both faith and reason, into a challenge of prime importance for the entire world — but especially for Europe, in its current crisis of civilisational morale.

In the controversy immediately following his now famous lecture at the University of Regensburg in September 2006 attention was focused almost exclusively on the Holy Father’s analysis of certain theological tendencies in Islam and their unhappy consequences in the world of politics. Yet that remarkably cogent lecture was in fact addressed at least as much to the West as to Islam. Yes, the Pope warned his listeners that an unreasonable faith is a real and present danger to the world — a faith, for example, in which God can be imagined capable of commanding the irrational, like the murder of innocents. But so, the Pope argued at Regensburg, is a loss of faith in reason: that, too, is a real and present danger. If, for example, the West limits the concept of “reason” to a purely instrumental rationality, or, in a fit of post-modern self-indulgence, denies the human capacity to grasp the truth of anything with certainty, then the West will be unable to defend itself. Why? Because it will be unable to give an account of its political commitments and their moral foundations, to itself, or to those who would replace the free societies of the West with a very different pattern of human community, based on a very different idea of God — and, consequently, of the just society.

These, of course, are points that Joseph Ratzinger has been making for years, indeed decades. In Christianity and the Crisis of Cultures he synthesises his arguments into a series of finely tuned propositions on which all men and women of good will would do well to reflect. Among the most important of these propositions I would list the following, illustrating each with a brief citation from the book:

Proposition 1: We live in a moment of dangerous imbalance in the relationship between the West’s technological capabilities and the West’s moral understanding.

Thus Ratzinger writes: “Moral strength has not grown in tandem with the development of science; on the contrary, it has diminished, because the technological mentality confines morality to the subjective sphere. Our need, however, is for a public morality, a morality capable of responding to the threats that impose such a burden on the existence of us all. The true and gravest danger of the present moment is precisely this imbalance between technological possibilities and moral energy.”

Proposition 2: The moral and political lethargy we sense in much of Europe today is one by-product of Europe’s disdain for the Christian roots of its unique civilisation, a disdain which has contributed in various ways to the decline of what was once the centre of world culture and world-historical initiative.

Thus Ratzinger writes: “…Europe has developed a culture that, in a manner hitherto unknown to mankind, excludes God from public awareness… God is irrelevant to public life… [This contemporary European culture] is the most radical contradiction not only of Christianity, but of all the religious and moral traditions of humanity…”

Proposition 3: The abandonment of Europe’s Christian roots implies the abandonment of the idea of “Europe” as a civilisational enterprise constructed from the fruitful interaction of Jerusalem, Athens, and Rome. This infidelity to the past has led, in turn, to a truncated idea of reason, and of the human capacity to know, however imperfectly, the truth of things, including the moral truth of things. There is a positivism shaping (and mis-shaping) much of Western thought today — a positivism that excludes all transcendent moral reference points from public life.

Ratzinger asks whether such a positivism is an exercise of what the Canadian philosopher Charles Taylor describes as “exclusive humanism”, and then asks whether such an exclusivist humanism, is, itself, rational. His answer is a resounding no. As he writes: “This philosophy expresses, not the complete reason of man, but only one part of it. And this mutilation of reason means that we cannot consider it to be rational at all. Hence it is incomplete and can recover its health only through reestablishing contact with its roots. A tree without roots dries up…”

And so, evidently, do civilisations.

Proposition 4: The recovery of reason in the West would be facilitated by a reflection on the fact that the Christian concept of God as Logos helped shape the distinct civilisation of the West as a synthesis of Athens, Jerusalem, and Rome. If men and women have forgotten that they can, in fact, think their way through to the truth of things, that may have something to do with the European forgetfulness of God which Aleksandr Solzhenitsyn identified as the source of Europe’s 20th-century civilisational distress.

Thus Ratzinger writes: “From the very beginning, Christianity has understood itself to be the religion of the Logos, to be a religion in keeping with reason… [But] a reason that has its origin in the irrational and is itself ultimately irrational does not offer a solution to our problems. Only that creative reason which has manifested itself as love in the crucified God can truly show us what life is.”

Then, in light of these propositions, the Holy Father lays down a challenge: “In the age of the Enlightenment, the attempt was made to understand and define the essential norms of morality by saying that they would be valid etsi Deus non daretur, even if God did not exist… [Today], we must… reverse the axiom of the Enlightenment and say: Even the one who does not succeed in finding the path to accepting the existence of God ought nevertheless to try to live and to direct his life veluti si Deus daretur, as if God did indeed exist. This is the advice Pascal gave to his non-believing friends, and it is the advice I should like to give to our friends today who do not believe. This does not impose limitations on anyone’s freedom; it gives support to all our human affairs and supplies a criterion of which human life stands sorely in need.”

How might such decisions to live “as if God did indeed exist” effect the needed changes in the civilisational morale of the West — and particularly the civilisational morale of Europe, the progenitor of the West? In their jointly authored book Without Roots, Joseph Ratzinger and Marcello Pera agreed, in a variant on Arnold Toynbee’s theory of historical change, that a “creative minority” of men and women, convinced that the truths the West lives politically are truths susceptible to rational defence, can be the agents of Europe’s rebirth as a culturally self-confident civilisation, capable of giving an account of its democratic political aspirations — which is to say, a civilisation willing to face squarely and respond imaginatively to the threat posed by the aggressive elements of the far different civilisational project now housed within it.

With the dust settled after the Regensburg lecture, perhaps we can see that Pope Benedict, in cooperation with men like Senator Pera, has for some time now been trying to give the world a precious gift: a vocabulary through which a serious, global discussion of both the crisis of technological civilisation in the West and the crisis posed by jihadist ideology and its lethal expressions around the world can be engaged by believers and non-believers alike — the vocabulary of “rationality” and “irrationality”. If Europe begins to recover its faith in reason, then at least some in Europe may, in time, rediscover the reasonableness of faith; and in any event, a renewed faith in reason would provide an antidote to the spiritual boredom from which Europe is dying — and thus open the prospect of a new birth of freedom in Europe, and throughout the West.

Benedict XVI has been trying to remind the world that societies and cultures are only as great as their spiritual aspirations. It is not an act of ingratitude toward the achievements of the Enlightenment to suggest that the soul-withering secularism — the exclusivist humanism — that has grown out of one stream of Enlightenment thought threatens the future of the West, precisely because it prevents us from giving an account, to ourselves and our children and grandchildren, of the noble political ends embodied in the Western democratic tradition. As Marcello Pera put it in Without Roots: “Absolute [worldliness], supposing there is such a thing, is an absolute vacuum in which neither the happy majority nor the creative minorities can exist.”

I dislike the role of Jeremiah, as I am sure Pope Benedict does. But it is neither cynicism nor despair to note that two possible Dark Ages loom on the horizon of the 22nd century: there is the Dark Age of a technologically manufactured and morally stunted humanity, created by the unwise deployment of the new, Promethean knowledge given us by genetics; and there is the Dark Age in which an anti-humanistic theism fills the vacuum created by atheistic humanism and extinguishes the Western experiment in freedom whose deepest roots run to the Christian civilisation of the Middle Ages. Neither is inevitable; both can and must be resisted, with all the tools of wit and wisdom at our disposal. We are fortunate to have, in Pope Benedict XVI, such a wise guide through the thickets before us.

This article was originally published on The Catholic Herald
http://www.catholicherald.co.uk/features_opinion/weigel.html 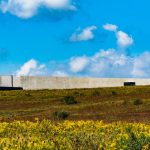