When you add it all up, I’ve spent more than a year and a half of my life in Poland.

My Polish adventures began 16 years ago, when I went to Warsaw, Cracow and Gdansk in June 1991 to learn how the Church and John Paul II had helped accelerate the demise of European communism. (That first trip taught me an important lesson, occurring as it did during a papal pilgrimage to Poland: Polish cities are dry when the Pope is in town. My pleas to a bartender — “Look, the Pope is my friend; he wants me to have a beer!” — fell on deaf ears. Live and learn.) Still, those three weeks in 1991 got me (culturally and historically) intoxicated by Poland and the Poles.

So over the next few years, in what turned out to be a useful preparation for writing John Paul’s biography, I immersed myself in Polish history and literature even as I continued to return to the country for conferences and lectures. In the mid-1990s, I also made a concentrated (and largely fruitless) effort to learn Polish, one result of which was my informing the Polish pontiff that “the Polish genitive case is a circle of hell of which Dante was evidently unaware.”

In any event, my affection for Poland and the Poles has not flagged, and I now find myself spending the better part of a month there every year. The transformation since the communist crack-up has been very impressive in many ways: Poland has the fastest rate of economic growth in Europe; the dull grayness of life under communism has been replaced by a vibrancy much more in keeping with the national character; Catholic practice remains strong; higher education is booming.

But on more than one occasion, Poland since 1989 has demonstrated that Winston Churchill wasn’t being churlish when he wrote this lament about the Poles in the first volume of his history of World War II: “It is a mystery and tragedy of European history that a people capable of every heroic virtue, gifted, valiant, charming as individuals, should repeatedly show such inveterate faults in almost every aspect of their governmental life.”

My Polish students in the “Tertio Millennio Seminar on the Free Society,” which meets every summer in Cracow, would not have contested Churchill’s point this past July.

These young people never knew “real existing communism.” Unlike their older brothers and sisters who exhibited a kind of democratic euphoria in the mid-1990s, which was then replaced by a certain (not altogether unwelcome) critical distance from politics in the early years of this decade, my students this year seemed embarrassed by Polish politics:

–embarrassed by the antics of the ruling Kaczynski twins (one the president, the other the prime minister); embarrassed by a governmental coalition that included xenophobes and anti-Semites;

–embarrassed that, as the European Union turned up the pressure on Poland to adopt the canons of lifestyle libertinism, the wrong Poles were taking the right stands against the relativists in Brussels and Strasbourg;

–embarrassed at the raucousness of parliament and its inability to get anything serious done.

That sense of embarrassment may or may not ease after Poland’s elections on October 21. But three years from now, when the Polish presidential election cycle turns again, it is not unreasonable to think that the kind of Poland for which John Paul II worked, hoped and prayed — a Poland that is faithfully Catholic, vibrantly democratic, capable of calling Europe back to the Christian sources of its contemporary commitments to human rights, democracy and the rule of law — could begin to take hold.

A new generation of Polish political leaders, formed in the social doctrine of John Paul II, is rising. These men and women know, now, what doesn’t work; they have learned the arts of democratic persuasion; they have figured out how to get things done through extensive experience in local government, business, education and public service; and they seem determined not to be embarrassed any longer.

Those who love Poland, and those who revere the memory of John Paul the Great, must hope that the future is theirs.

PrevThe Holy See and the U.N.
Why Cooking CountsNext 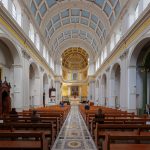 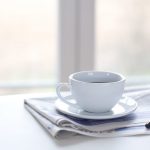