The debate over a treaty eliminating medium and short-range (INF) missiles in Europe will surely be another hot item in 1988. Prior to the finalization of the treaty, former national security adviser Zbigniew Brzezinski tried to locate the debate in a longer view of history:

“A striking paradox underlies discussion in the West about the future of Europe: our policies are premised on the expectation of change . . . and yet the very discussion of such change quickly generates fear among Western statesmen.

“Some leaders and commentators even adopt practical positions similar in substance to those of their communist counterparts. Historical change suddenly becomes undesirable… and any suggestion that the security arrangements born in the 1940s and 1950s should be revised in the late 1980s and 1990s is denounced as destabilizing and even dangerous.

“Yet the fact is that today Europe is stirring…. in both halves of divided Europe, there is a growing political restlessness…. Today, the average Czechoslovak, Hungarian, or Pole openly professes that he feels closer to the typical Austrian, German, or further west, to the Frenchman, than to his Eastern neighbors….

“Thus the incremental and evolutionary process of historical change . . . has begun to alter the geopolitical landscape of both halves of Europe…. [I]n the decades ahead, the process could even accelerate. We therefore need to reflect on the implications of the foregoing for Western policy, for the German-American relationship, and for the Western alliance….

“It is not surprising that these gradual changes are both inspiring fear within the Kremlin and prompting a defensive attitude on the part of the Muscovite empire. Any change is detrimental to the rigid and cohesive structures to which Moscow aspires and still seeks today in the Eastern bloc. But we should not share that attitude. We, the pluralist West, should accept the reality of historical change, and through our policies, seek to infuse it with a constructive direction.

“In Eastern Europe, communism is already finished as an ideology and as a motivating force. No one . . . takes the ideas of communism seriously as a worldview or as a guide to action….

“[This ideological collapse, as well as their continuing economic backwardness] … is not lost on the peoples—or even the leaders—of Eastern Europe . . . [where] we are seeing the advanced stages of a process of organic rejection by the East European cultures and societies of a system and an ideology artificially transplanted to their countries after World War II. …

“In this context, we must seek to encourage the process of change by creating a geo-strategic environment in which it will flourish. Such change could become chaotic, anarchistic, and prompt strong reactions which might even temporarily reverse its thrust and direction. Moreover, such changes could precipitate insecurities which the assembled military might of the Warsaw Pact might attempt to exploit, especially if an opportunity should develop to take advantage of some temporary military edge and of some imprudent weakening in the American-European connection.

“The point of departure for a strategy in tune with these basic historical trends is for the West to undertake systematic and deliberate efforts to find ways to mitigate the importance of the military dimension of the East-West conflict. In doing so we must recognize one fundamental fact: the Soviet threat is real….

“[Therefore] we must make it our collective intent to adopt a strategy and a military posture which offsets that of the Warsaw Pact—while at the same time encouraging positive conditions for the political change we favor.”

Brzezinski’s proposals for how such an approach might work in the concrete—and particularly his suggestion that conventional force reductions and a “tank-free zone” in Central Europe are the essential next step beyond the INF missile pact—will be explored in our January issue. 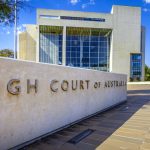