During the worst days of the early 1980s’ debate over U.S. policy in El Salvador, Roy Prosterman of the University of Washington Law School was a marked man. By both sides. His closest colleagues in the Salvadoran land reform effort-Michael Hammer and Mark Pearlman of the American Institute for Free Labor Development and Jose Rodolfo Viera of the Salvadoran Peasants Union-were gunned down in a San Salvador coffee shop; and there was ample reason to believe that Roy Prosterman was on the short list of those who had perpetrated that atrocity. Concurrently, students and activists supporting the communist guerrillas in El Salvador were circulating on the Seattle campus where Prosterman taught a “Wanted” poster with a target superimposed on a photo of his head. On another occasion, Prosterman had to be escorted to safety by police at Harvard, where those of an ideological disposition similar to that of the “Wanted” poster miscreants in Seattle had physically threatened Prosterman during a lecture.

These grizzly and bizarre episodes are worth recalling for they illustrate that Prosterman has paid some very real dues for his thought and work. That work, in brief sum, is to promote peace, freedom, and justice through schemes of land tenure reform in the Third World. It sounds a noble endeavor, and it is; why then, should Roy Prosterman be thought such a villain by both right-wing crazies like Roberto D’Aubuisson and by the Committee in Solidarity with the People of El Salvador? Because he is an anti-communist and wishes that the people of the Third World be spared the political, moral, and economic disasters of communism. Because he believes in nonviolent change rather than in revolutionary violence. Because he is a just man and believes that land reform must include compensation of previous land-owners. If these be sins, then Roy Prosterman has indeed sinned greatly.

His new book, Land Reform and Democratic Development, co-authored with his long-time research assistant and later colleague Jeffrey Riedinger, sums up Prosterman’s approach to land reform as an instrument of democratization. “Assuredly one of the most

important contributions this generation can make to the generations that come after the year 2000 will reside in our collective ability to support large-scale programs of nonviolent reform and rural development in those countries where agriculture remains preeminent. If such measures can help to realize even a fraction of the agronomic and human potential that exists in the Third World’s countryside, the achievement will rank as one of the greatest in human history.”

Roy Prosterman has never been modest about the size of his goals, to be sure, and he further argues that the land reform proposals outlined in his book would have “four stunning consequences, each of them calculable in terms of vast numbers of lives saved or made better.

“The first consequence would be the probable avoidance of at least half a dozen great civil conflicts, otherwise overwhelmingly likely, which might well carry a combined death toll in the millions and, beyond even that, would bring individually small but cumulatively significant risks of a direct superpower confrontation.

“The second consequence would be the avoidance of 100 million or more of the hunger- and health-related deaths that would otherwise occur between now and 2000 and of literally hundreds of millions more such deaths in the first quarter of the coming century.

“The third probable consequence would be to avert more than twice that number of births, as the essential conditions for voluntary family planning were created. . . .

”The fourth and final consequence of such a thought-out policy of support for grass-roots rural development would be in comparison with the likely alternatives, for under revolutionary Marxism . . . there would be costs calculated not only in massive violence . . . but in the emplacement of obdurate, long-term despotisms over the lives of perhaps an additional billion people. . . .

“These four consequences are not fanciful predictions: they should be expected with considerable confidence to flow from effective promotion in the countryside of a well-understood set of nonviolent reforms and grass-roots development measures solidly rooted in the experience of the twentieth century . . .

“Hunger and poverty can be substantially eliminated on a planetwide basis within a generation, by means that are readily comprehensive and fully affordable, without violence and without sacrifice-indeed, with enhancement-of basic freedoms.”

Those are large claims, indeed, and Prosterman/Riedinger back them up with over 300 pages of argument and detailed notes. Most of this will be of primary interest to specialists and to the policy community. But there is a larger lesson here for a general readership: that there is indeed another way, a “third force,” between traditional authoritarianism and oligarchy, and the siren songs of revolutionary Marxism. Learning, and applying, that lesson will test the politics of peace and freedom for decades to come. Roy Prosterman and Jeff Riedinger can be counted as valuable allies as that historic testing unfolds.

Two Hundred Years Behind What? 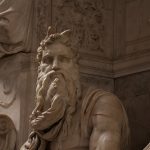