In November 2007, George Misulia, a Catholic layman who lives in Mt. Airy Maryland, was lying in bed, recovering from fractured vertebrae suffered during a bad accident and wondering what he might do to support Catholics defending America in the armed services.

There are some 1.5 million Catholics in the armed forces of the United States today; their 300 chaplains are stretched very thin across a vast number of deployment areas and overseas bases. Some soldiers, sailors, airmen, and Marines go for months on end without seeing a chaplain or being able to participate fully in the sacramental life of the Church — often at moments of great spiritual vulnerability when their lives are on the line. Units that don't have their chaplain are often served by lay leaders trained in what are called “Catholic Lay Services in the Absence of a Priest.” Bible studies and other forms of paraliturgical worship are also used when a chaplain is unavailable.

George Misulia couldn't do much about the chaplain shortage — one result of the overall priest-shortage in the United States, but a particularly sad one. Still, he thought, he might be able to do something to enhance the worship of Catholics in the military by some judicious deployment of modern technology: “It occurred to me that an iPod, loaded with quality liturgical music, combined with a Bose portable SoundDock, could enrich Masses on ships, in the field, even in combat zones. By adding a web site with downloadable music, lyrics, and other inspirational material, we could provide a quality resource to support our heroic Catholic military personnel around the world, even in the most remote places.”

And so, with the help of a few friends, Operation Let the Fire Fall was born. The first “FireBox” unit was sent to Thule Air Force Base in Greenland in September 2008. Catholics at Thule see a priest perhaps twice a year. But with the FireBox equipment supplementing the Catholic Lay Service, the Catholics at Thule began gathering weekly for prayer. Since that modest beginning at the top of the world, Operation Let the Fire Fall has deployed FireBox units and supporting materials around the world, to Turkey, Iraq, Afghanistan, Egypt, and other sits. Chaplains in all branches of the service have eagerly embraced Operation Let the Fire Fall, as have Archbishop Timothy Broglio of the Archdiocese of the Military Services and his predecessor, Archbishop Edwin O'Brien, now Archbishop of Baltimore.

According to Mr. Misulia, the music chosen for the FireBox units is aimed at “supporting singing at Masses and a variety of Catholic lay prayer services in the absence of a priest.” The aim is not entertainment or diversion, but “prayerful participation,” and the music chosen includes both traditional hymns (happily ungelded by that great hymn-wrecker, “Alt.”) and newer compositions that are, as Mr. Misulias put it to me, “scripturally based, theologically sound, and 'God-centered' rather than 'we-centered'…[including] communion hymns [that] focus on the Real Presence.” (One of the vicars general of the Archdiocese for the Military Services, who had best remain anonymous, made it clear that there were limits to his sense of musical ecumenism: “If I hear 'Gather Us In' one more time I'm going to jump out a window.” May his tribe increase!)

Operation Let the Fire Fall cannot substitute for an increase in the chaplain corps, and doesn't pretend to do so. Its aims are modest, but nonetheless important for their modesty: given the circumstances we've got, which dictate that Catholics in the armed services are often deprived of a normal sacramental life, sometimes for months on end, it ought to be possible to enhance the opportunities for regular worship that can be created, both by overstretched chaplains and dedicated lay leaders. And if Operation Let the Fire Fall does that, it may help bring out of the service a rich harvest of priestly vocations, which could then reinforce the chaplain corps.

Want to know more? Go to Operation Let the Fire Fall's web site, http://www.oltff.com/. It's a project worth learning about, following, and supporting. 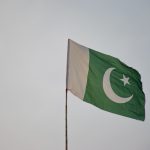