Once More, With Feeling

The rush to disinvestment in South Africa proceeds apace, now led by such American corporate giants as General Motors, IBM, Coca-Cola, and Kodak. No doubt there are mixed motivations in these decisions. But the bottom line remains: the dream of the Reverend Leon Sullivan, that corporate pressure within South Africa would accelerate the breakdown of the apartheid system and generate pressures for peaceful, democratic reform, is fast fading.

But before disinvestment becomes the new corporate orthodoxy and orthopraxis, it is well to listen, perhaps for the last time, to the other side of the argument, in this case as articulated by Edward Pearce in Encounter:

“… Trade and business are ultimately liberal agents. The black South African miner is not a rich man but by the standards of black South Africa he is very comfortable, and by the standards of the continent of Africa he has what the heart desires. He eats, dresses and is housed, and his children are educated beyond the dreams of Ghana, Nigeria, Angola, Zaire, Tanzania, or whatever African country you choose to name.

“In the absence of trade this would not be so. Ironically, in the absence of trade nothing would have shifted in the flat-earth mental standards of Afrikanerdom. Paul Kruger, for heaven’s sake, wasn’t a free trader. The men of 1948 who created out of the conventions and half-laws of hung-over 19th-century racial assumptions their own Vatican of stratification and racial mastery, took a very ambiguous view of the windfall wealth of the Rand and of the English and Jewish entrepreneurs who set it rolling.

“The South Africa of Malan and Strijdom has been undermined not by cricket bans or walk-outs from the Commonwealth Games, but by a growth rate which abolished the old, submissive, grateful black. The perception of Alexis de Tocqueville is the neon-lit cliché of the self-evident; poor, oppressed hopeless men do not threaten revolutions, and the beneficiaries of rising life-standards do …

“… The potential for good, such as it is, still resides with business, with all the trade we can possibly do and even, despite his recent actions in high panic, with Mr. P. W. Botha-“Het Kaapster vremdling” (the foreigner from the Cape), as the brutal Connie Mulder called him.

“Mr. Botha and the men immediately around him do not actually rejoice in the State of Emergency, or in the cruelties which flow from it. They are in trouble in large part because they were marginal Fabian reformers in a country bubbling with irrational rage. They should not be despised by us. To amend St. Augustine, it is better to evolve than to burn . . .

“. . . Do the people who gather for conferences, who demand action, who threaten grandly with their absence, ever contemplate the glass upon which we all walk?”

Now that a decades-old argument-“Can and will Western business be a force for liberation in South Africa?”-seems about to be settled once and for all, one should note the enormous irony in the terms of its ending. The final answers now being given-“No,” and “No”-have been pressed for many years by activists who harbor a deep animus toward the market system in general and toward American corporate capitalism in particular. They have persistently taught-in church basements, synagogues. World Affairs Council meetings, League of Women Voters sessions, op-ed pages, and letters-to-the-editor columns-that “corporate interest” and “liberalizing change” were antinomies; that the profit motive blinded American business leaders to the moral repugnance of the apartheid system; and that disinvestment alone would open the door to a humane future for black South Africans.

This view is not shared by white South African liberals such as Alan Paton and Helen Suzman. It is not shared by important black trade unionists in South Africa. It is not shared by the Zulu leader, Chief Mangosuthu Buthelezi. But these voices have now been ignored: not just by activists who never had much use for the centrist politics of democratic reform, but by American corporate leaders who have been regularly vilified by the activist conductors of the disinvestment chorus.

And thus has the central teaching of the anti-corporate activists-that American corporations cannot be a force for peace, freedom, and justice-been empirically validated by the deliberate choices made in some of America’s most prestigious board rooms and executive suites. 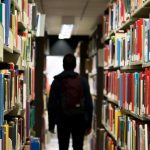