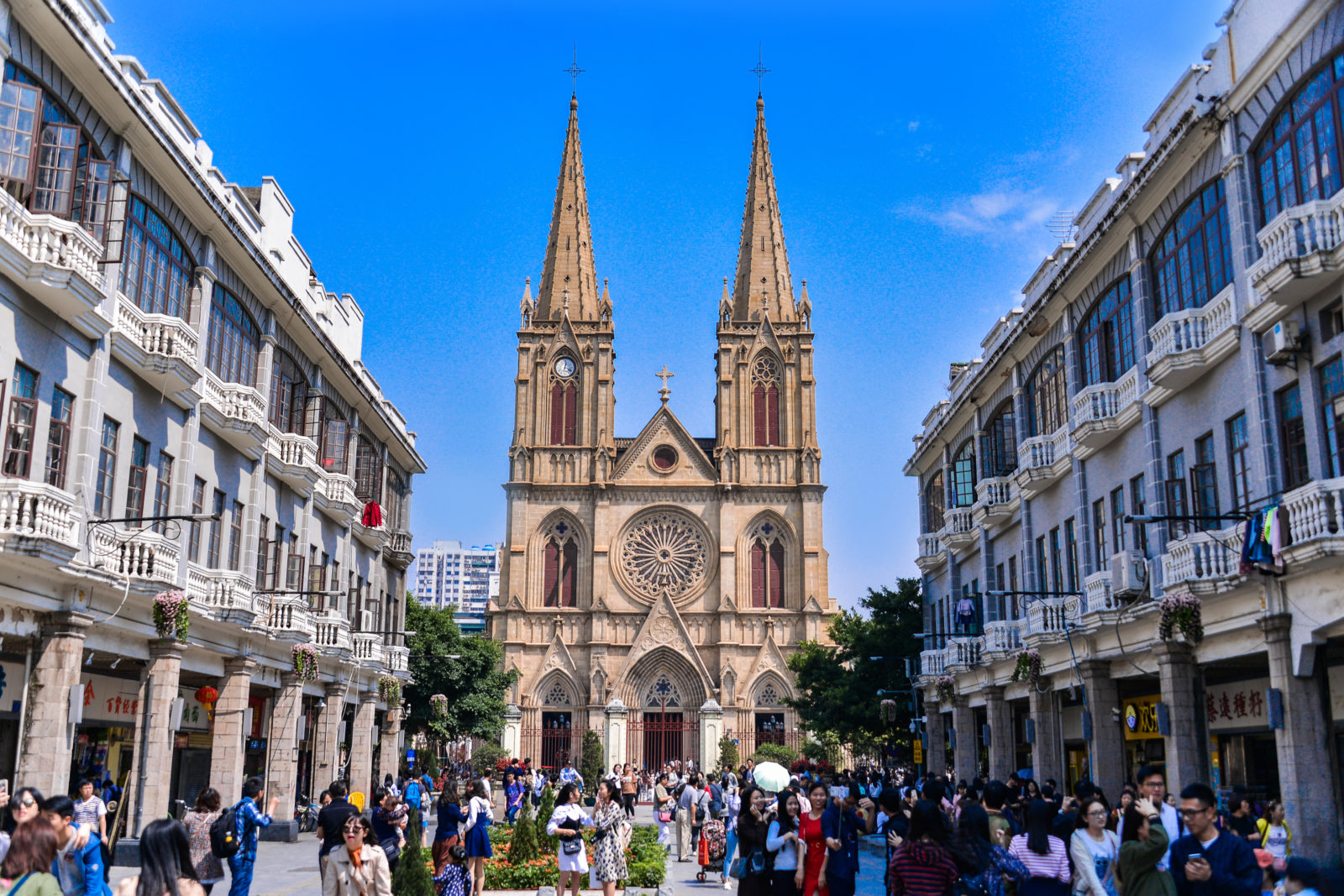 The “examination of conscience” is an important part of Catholic spirituality, which always precedes confession but is ideally practiced at the end of each day: a review of what one got wrong, and what right, as preparation for an act of contrition and a prayer of thanksgiving for graces received. And while there are obvious and important differences between individual Catholics examining their conscience and Vatican diplomats reviewing the Church’s successes and failures in the thorny, dense thickets of world politics, one might have thought that this spiritual discipline would have some bearing on the diplomacy of the Holy See, if only as a reality check.

But if you thought that, you’d be hard pressed to find evidence for it in the history of Vatican diplomacy’s dealing with totalitarian regimes.

As an integral part of the 1929 Lateran Accords (which also created an independent Vatican City State while recognizing the Holy See as a sovereign actor in world politics), Pope Pius XI made a concordat with Mussolini’s Italy — a treaty that was thought to guarantee the Catholic Church’s freedom of action in the fascist state. Two years later, with blackshirt thugs beating up Catholic youth groups and the state media conducting a viciously anticlerical propaganda campaign, Pius XI denounced Mussolini’s policies with the blistering 1931 encyclical Non abbiamo bisogno, in which he condemned fascism’s “pagan worship of the State.”

In 1933, as Hitler was consolidating Nazi power, Vatican diplomacy negotiated the Reich Concordat in another attempt to protect the Catholic Church from the totalitarian state through a web of legal guarantees. The strategy worked as poorly in Germany as it had in Italy, and in 1937, after many attacks on churchmen and Catholic organizations, Pius XI condemned Hitler’s race-ideology in another thunderbolt encyclical, Mit brennender Sorge, which had to be smuggled into Germany to be read from Catholic pulpits.

Then came the Ostpolitik of the late 1960s and 1970s. Faced with what he once described as the “frozen swamp” of Communist repression behind the iron curtain, Pope Paul VI’s chief diplomatic agent, Archbishop Agostino Casaroli, began to negotiate a series of agreements with Communist governments. Those agreements were intended to provide for the sacramental life of the Church by facilitating the appointment of bishops, who could ordain priests, who could celebrate Mass and hear confessions, thereby preserving some minimal form of Catholic survival until Communism “changed.” And another disaster ensued.

The Catholic hierarchy in Hungary became a wholly owned subsidiary of the Hungarian Communist Party. In what was then Czechoslovakia, regime-friendly Catholics became prominent in the Church while the underground Czechoslovak Church of faithful Catholics struggled to survive under conditions exacerbated by what its leaders regarded as misguided Roman appeasement of a bloody-minded regime. In Poland, Holy See envoys tried to work around, rather than through, the heroic Cardinal Stefan Wyszyński, in a vain attempt to regularize diplomatic relations with the Polish People’s Republic. And while all that was going on, the Vatican itself was being deeply penetrated by the KGB, the Polish SB, the East German Stasi, and other East Bloc intelligence services, as I documented from first-hand Communist secret-police sources in the second volume of my John Paul II biography, The End and the Beginning.

In light of this dismal track record, prudence and caution would seem to be the order of the day in Vatican negotiations with the totalitarians in charge in Beijing, at whose most recent party congress religion was once again declared an enemy of Communism. But there has been no discernible examination of conscience at the higher altitudes of Vatican diplomacy. And now it seems likely that an agreement between Rome and Beijing will be announced, in which the Chinese Communist government will be conceded a role in the nomination of bishops — another step toward what various older but still-key figures in the Vatican diplomatic service have long sought, namely, full diplomatic exchange between the Holy See and the PRC at the ambassadorial level.

One such figure, speaking off the record, tried to justify the impending deal by saying that it was best to get at least some agreement now, because no one knows what the situation would be in ten or 20 years. This is obtuse in the extreme.

If the situation gets worse — if, through increasing repression, XI Jinping manages to hold together a Maoist political system despite a rising middle class — then what reason is there to have any confidence that the Chinese Communist regime would not tighten the screws on Catholics who challenged the state on human-rights grounds? What reason is there to believe that the Chinese Communists would break the pattern set by Italian fascists, German Nazis, and Eastern and Central European Communists by honoring treaty obligations? Has nothing been learned from the past about the rather elastic view of legality taken by all totalitarian regimes of whatever ideological stripe?

If, on the other hand, things get better in a liberalizing China, with more and more social space being created for civil-society associations and organizations, why should those Chinese interested in exploring the possibility of religious faith be interested in a Catholicism that had kowtowed to the Communist regime? Why wouldn’t Evangelical Protestants who had defied the regime in the heroic house-church movement be the more attractive option?

Vatican diplomacy prides itself on its realism. But on any realistic assessment of China’s future — the bad news or the good news — the Catholic Church comes out the loser if it caves to Communist demands that the regime have a significant role in the appointment of Catholic bishops now.

As described in press reports, the new deal between the Holy See and China also violates the teaching of the Second Vatican Council and the embodiment of that teaching in the Church’s own canon law.

For well over a century, Vatican diplomacy worked hard, and in this case effectively, to disentangle the Church from state interference in the appointment of Catholic bishops. That achievement was recognized by Vatican II in its decree Christus Dominus, “On the Pastoral Office of Bishops in the Church.” There, the Council fathers said this about the imperative that the Church be free to choose its own ordained leaders: “In order to safeguard the liberty of the Church and more effectively to promote the good of the faithful, it is the desire of the sacred Council that for the future no rights or privileges be conceded to the civil authorities in regard to the election, nomination, or presentation to bishoprics.” That conciliar desire was then given legislative effect in the 1983 Code of Canon Law, where canon 377.5 flatly states that “for the future, no rights or privileges of election, appointment, presentation, or designation of Bishops are conceded to civil authorities.”

In theory, of course, Pope Francis, as the Church’s supreme legislator, could suspend or even abrogate canon 377.5 in the case of the People’s Republic of China. But to do so would not only make something of a mockery of Church law (a temptation too often indulged by some in recent years, in a campaign against “legalism”). It would also be to deny the truth that Vatican II taught: The libertas ecclesiae, the freedom of the Church to conduct its evangelical and charitable mission by its own criteria and thereby remain true to its Lord, is not easily squared with state involvement in episcopal appointments.

Vatican diplomats, primarily Italians, have been obsessed with achieving full diplomatic exchange with the PRC for decades. It is argued, by these men and their defenders in the media, that China is the rising world power and that for the Holy See to be a player on the world stage requires that it be in formal diplomatic contact with Beijing. But this is a fantasy indulged by Italian papal diplomats for whom “the Vatican” is still the Papal States, a third-tier European power that craves recognition of its status by superior powers. That world ended, however, at the Congress of Vienna.

The truth of the matter is that, today, the only power the Holy See wields is moral power, the slow accretion of moral authority that has come to Catholicism, as embodied by the pope, through the Church’s sometimes sacrificial defense of the human rights of all. How playing Let’s Make a Deal with totalitarians in Beijing who at this very moment are imprisoning and torturing Christians adds to the sum total of Catholicism’s moral authority, or the papacy’s, is, to put it gently, unclear. The same might be said for the de facto betrayal of Rome-loyal bishops in China who are now, it seems, being asked to step aside so that they can be replaced by bishops essentially chosen by the Chinese Communist Party apparatus. This is far less realism than a species of cynicism that ill befits a diplomacy presumably based on the premise that “the truth will make you free” (John 8:32).

According to a (sometimes dubious) source, Pope Pius XI once said that he would deal with the Devil himself if doing so would accomplish something good and help the Church in its mission. I imagine that if he did say that, it was during one of that crusty pontiff’s crustier moments, and an expression of his own willingness to face down the powers of Hell if necessary. But as strategy in the gray twilight zone of world politics, dealing with the Devil — at least as Vatican diplomacy has done in dealing with totalitarianisms — has never worked out. Consorting with the Devil’s agents is a ticklish business; assuming their willingness to abide by agreements (much less their goodwill) is folly; and carrying the sulfurous odor of too much contact with the Devil’s legions does absolutely nothing to advance the evangelical mission of the Church.

In fact, it does just the opposite.

This article was originally published on National Review Online
http://www.nationalreview.com/article/456107/vatican-china-dispute-church-capitulates-naming-bishops 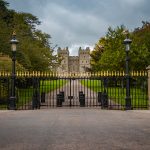