The death of Cardinal Bernardin Gantin of Benin this past May 13 marked the passing of one of world Catholicism’s noblemen.

Born in what was then the French colony of Dahomey in 1922, a mere 40 years after the first Catholic missionaries had arrived in that West African land, Bernardin Gantin was ordained a priest in 1951, consecrated auxiliary bishop of Cotonou in 1956, and named archbishop of Cotonou in 1960.

After participating in all four sessions of the Second Vatican Council, Archbishop Gantin was brought to Rome by Pope Paul VI to work at the Congregation for the Evangelization of Peoples (known to all Roman hands by its former name, “Propaganda Fidei,” or “Prop” for short). He then became president of the Pontifical Council for Justice and Peace and was created cardinal in June 1977.

In the run-up to the conclaves of 1978, some imagined Gantin as the first pope from sub-Saharan Africa; he never thought of himself in those terms, and likely played a not unimportant role in Karol Wojtyla’s election as John Paul II. Some of the Great Electors of 1978 thought of Wojtyla as a bridge to the communist world, a kind of “political pope.” Cardinal Gantin and his fellow-Africans thought in rather different terms: they admired the lucidity of Wojtyla’s faith, the clarity of his defense of Catholic doctrine, and his humility.

The African cardinals — all new Christians — got the saint they wanted. The rest of us got a very different kind of “political pope,” who dramatically reshaped the history of our times by being a pastor and a moral witness.

John Paul, for his part, reposed enormous trust in Bernardin Gantin, appointing him prefect of the crucial Congregation for Bishops and, in 1993, Dean of the College of Cardinals. It was in the latter roles that I first knew Gantin and was deeply impressed by his faith, his good humor and his transparent integrity. Here, one thought, was a prince, long before he acquired the title; and he was a prince because he was a Christian, a man unafraid of the future because the future was assured by Christ.

One also sensed a deep spiritual bond between the Polish pope, saturated in a millennium of Christian history, and this child of the first modern African evangelization. The son of a retired soldier and the son of a railway worker, both from what some regard as the borderlands of the faith, came to the center of the Church and found in each other a devotion to Christ that transcended race, culture and language.

Cardinal Gantin was also, in an oblique way, one of those most responsible for the election of Joseph Ratzinger as Benedict XVI. On turning 80 in 2002, Gantin lost his vote in any future conclave. Neither canon law nor the apostolic constitution governing papal elections requires that a cardinal who reaches the age of 80 must thereby relinquish his post as dean of the College of Cardinals.

But Bernardin Gantin was a man of great humility as well as integrity, and he seemed to think his brother cardinals, and the whole Church, would benefit from his stepping aside to allow the vice-dean, Cardinal Ratzinger, to succeed him. So Cardinal Gantin resigned as Dean, returned home to Benin, and took up pastoral work.

Cardinal Gantin’s self-effacing humility paved the way for Cardinal Ratzinger, as dean, to preside over the general congregations of cardinals that followed the death of John Paul II and to be the principal concelebrant and the homilist at John Paul’s funeral Mass. No one should doubt that Ratzinger’s performance in those roles had a lot to do with the swift resolution of the conclave of 2005 in his favor. Thus did Gantin, a man who did not lack a sense of self but whose sense of self was not ego-driven, do a last great service for the universal Church.

Will his example inspire other princes of the Church who, in the future, find themselves in parallel situations? 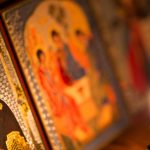