Professor Weigel, every Sunday at the Angelus, and every Wednesday at the General Audience, this Pope previously judged as “conservative” and “cold” attracts thousands and thousands of people to the Vatican. A phenomenon that has continued for almost two years. In your opinion, what explains such success among the “common people”?

The judgments “conservative” and “cold” were media stereotypes; everyone who knew Cardinal Ratzinger knew them as such, and now the world — or the world that comes to the General Audiences — knows them to be cartoons, too. People come to the General Audience to be fed, spiritually and intellectually, by one of Christianity’s master-teachers. Pope Benedict’s catecheses are clear, compelling, and speak to both the heart and the mind. That’s why people come: to satisfy their hunger for the truth.

What has been the impact of Ratzinger’s election as Pope on the American Church, after a Pope as popular in the U.S. as John Paul II?

I think it’s still a bit too early to tell, as a general proposition, since American media coverage of Pope Benedict has been weak. I do think, however, that those who pay attention have been impressed by the profundity of the Pope’s teaching, and impressed by his capacity to put important questions on the world’s agenda, as he did so brilliantly at Regensburg. At the same time, I think many of the most committed Catholics in the U.S. are waiting for what we might call a more vigorous exercise of the “munus regendi” from Pope Benedict; there are still things that need fixing in the Catholic Church in the United States, and he is uniquely positioned to help fix them, particularly through the appointment of evangelically vibrant and courageous bishops.

You knew and interviewed Ratzinger when he was a Cardinal and Prefect for the Congregation of the Doctrine of Faith.  How has his style or attitude changed, in your opinion, between then and now?

I find Pope Benedict to be the same Cardinal Ratzinger I have known since 1988: brilliant, clear-minded, with a remarkable capacity to explain the most complex aspects of the Church’s doctrine in accessible terms; shy and humble; a man of deep piety — a holy priest and a gentleman.

The name Ratzinger has always been associated with the defense of the truth of Orthodoxy. But his first encyclical is dedicated to Love. Why do you think? And how do you assess specifically the Deus Caritas Est?

Truth and Love are, if you will, two “names” for God as Christianity understands God. So there ought to be no contradiction between what is genuinely true and what is genuinely loving. If the media found a Ratzinger encyclical on love surprising, that’s because the media sometimes believes its own cartoons — unfortunately. The encyclical’s discussion of “eros” completed by “agape” was very important, given the crisis of hedonism in the West; its discussion of the imperatives of personal charitable activity and solidarity with others was equally important in a western world in which the temptation is to “outsource” these responsibilities to the welfare state.

How do you judge his Regensburg lecture?

I believe that the Regensburg lecture was the most important papal statement on world affairs since John Paul II’s 1995 Address to the United Nations. It identified crucial questions for the human future — questions about certain Islamic conceptions of God, and the public impact of those conceptions; questions about the West’s ability to “give an account” of its own commitments to  freedom and justice — in a way that only the pope can do. The “Open Letter to Pope Benedict XVI” from thirty-eight Muslim leaders around the world demonstrated the “reach” of the papacy, and deserves a very serious response indeed.

The Pope insisted on the dangers of moral relativism in our society, and you have also dealt with this very issue: what do you make of the Pope’s analysis of this “disease of the West”?

The Pope’s analysis is very similar to that of Senator Marcello Pera, his sometimes co-author: moral relativism is dehumanizing; it leaves us stunted men. Or, to borrow an image from the great American Catholic writer, Flannery O’Connor, it creates a world of “wingless chickens.” Moreover, this inability to say “This is true, period,” or “This is false, period,” is not only dangerous for us an individuals, and in our interpersonal relationships. It is also dangerous civilizationally: how shall we defend the West against another civilizational project with a very clear idea of true-and-false and a very different idea of the human future if we can’t say, with conviction, why we believe that our commitments to the rule of law, human rights, civility and tolerance are really “true;” not just true for us, but true, period?

The Pope has revived a concept of “rationality” broader than the empirical-scientific, will that have implications in the scientific debate?

One of the interesting developments in contemporary intellectual life is the openness of scientists in the “hard sciences” — physics, in particular, but also astronomy and astrophysics — to broadening the conception of “reason” beyond the scientific method. Why has this happened? Because these sciences are, at the limits of their investigations, bumping into phenomena that can’t be explained in classical Enlightenment-rationalistic terms alone. So there is a new openness, I find, to a broader understanding of what-we-can-know and how-we-can-know-it.

Finally, he insisted in the reaffirmation of identity between the “historical Jesus” and the “Jesus of faith” (which will also be the subject of his next book): will this bring greater clarity in the Catholic theological debate?

I hope this theme of Pope Benedict’s will help break biblical scholars and theologians free of what might be called “historical-critical fundamentalism:” the kind of radically diminished concept of the sacred texts that leads to the “Jesus Seminar” and other such curiosities — which, however, have had a corrosive effect on the faith of some Catholics. The Second Vatican Council intended to restore the Bible as the book of the people of the Church; the people of the Church have been taught for forty years to be suspicious of the Bible, to approach it as a specimen to be dissected rather than an ancient text to be read and pondered with respect, curiosity, intelligence, and love. If Pope Benedict’s work — and his new book — helps us get the Bible out of the laboratory and back into the home and the parish church, then it will make an important contribution to Catholic renewal. It will also help give the Church — and western culture as a whole — a “usable” past, which is important in a moment when we often feel cut off from the sources of our culture.

His next trip will be to Brazil: Cardinal Ratzinger was very busy in Latin America. What will the Church encounter this time, and what is the value of this trip to those who remain the largest group of Catholics in the world?

In my view, the best thing Pope Benedict could do in Brazil, at the CELAM meeting, would be to challenge Latin America to become the protagonist of its own history: to stop blaming its problems on the colonial past and the North American present, and to stop looking for solutions in a vaguer, softer socialism, but to build on the riches of its cultures free, prosperous, just, and faithful societies. In making such a challenge, the Pope would also have to challenge Latin American societies to deal with the corruption that, according to the Latin American churchmen I talk with, is their largest single problem: personal corruption, and the macro-corruption of legal and governmental institutions.

You titled your latest book God’s Choice: what is the significance of this choice for our times?

By God’s Choice,  I meant the Catholic conviction, reaffirmed by John Paul II in Universi Dominici Gregis, that the Holy Spirit is the ultimate protagonist of a conclave. By giving us this pope at this time, God is telling us something, and we can discern that “something” in the pope’s major addresses and documents to date: through Pope Benedict, God is reminding us that a life without truth and love is humanly empty; God is suggesting to us that faith and reason must find a new dialogue; God is telling us that Catholics ought to help their Muslim neighbors assimilate the good effects of the Enlightenment without falling into the trap of a too-narrow rationality or a silly post-modernism. Like his great predecessor, Benedict XVI reminds us that to “choose for God” is to choose the truth about ourselves — that the world was made in love, and that we are destined for love, an eternal love, the kind of love that can satisfy the deepest yearnings of the human heart. 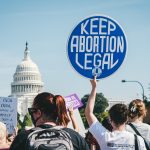