In an interview prior to the May meeting of the College of Cardinals, Cardinal Karl Lehmann of Mainz, Germany, claimed that the papacy is “the principal obstacle” to progress toward Christian unity.

Lehmann’s observation echoed Pope Paul VI’s 1967 confession that the papacy is “undoubtedly the gravest obstacle in the path of ecumenism.” Like Paul VI, who certainly believed that the Office of Peter exercises a ministry of primacy in the Church by the will of Christ, Cardinal Lehmann was doubtless referring to the question of how that primacy functions today—a legitimate topic for ecumenical discussion, as John Paul II wrote in the 1995 encyclical, Ut Unum Sint.

Thirty-five years after Vatican II, however, one wonders whether the papacy is, in fact, the “principal obstacle” or the “gravest obstacle” to recomposing in history the unity which Christ left his Church as an abiding gift. There is no point indulging in a sweepstakes of blame here. But surely there are other serious obstacles to Christian unity today.

That more than a few pastoral leaders and theologians of the Orthodox Churches consider Roman Catholics heretics—while Catholics consider the Orthodox “sister Churches”— is a serious obstacle to repairing the 11th century breach between Rome and the Christian East.

The general secretary of the World Council of Churches put a serious obstacle in the path of ecumenical progress in 1995 when he proposed abandoning the classic ecumenical goal of a Christianity unified around a common creed, a common baptism, and a common Eucharist. Dr. Konrad Raiser’s parallel claim, that work together on environmental protection, peacemaking, and world poverty is of more consequence for ecumenism than doctrinal dialogue and agreement, compounded the problem further.

One also has to ask whether much of the Protestant world, in the five centuries since the Reformation, hasn’t lost a sacramental sense of reality: that intuition which takes seriously the “givenness” of things, in the conviction that the extraordinary and transcendent are revealed through the stuff of this world—water, oil, and salt; bread and wine; sexual love within the bond of marriage. When the Anglican Communion typically debates the ordination of women to the priesthood and the episcopate in sociological rather than sacramental terms, that is a serious impediment to Christian unity—and it bespeaks a diminished sense of sacramentality.

The most hopeful frontier of North American ecumenism today involves Catholics and evangelical Protestants. Yet here, too, there are serious obstacles to ecumenical progress, including the thin notion of “Church” to which the great majority of evangelicals adhere. To think of “the Church” as “that gathering of individuals who occupy the same worship space on Sunday morning” is an impediment to Christian unity.

There are also serious psychological blockages to ecumenical progress in the early 21st century. Over the course of a millennium of division, many Orthodox Christians have made a deeply anti-Roman attitude an essential part of their Orthodoxy; to be an Orthodox Christian, in these terms, means not to be in communion with the Bishop of Rome. A similar psychology of division effects many Protestants, both mainline and evangelical.

At the same time, and to reverse Cardinal Lehmann’s concerns, it is precisely the capacity of the current Bishop of Rome to be a global witness to the Gospel and a global defender of religious freedom that has helped jump-start the new ecumenical dialogue between evangelical Protestants and Catholics in the United States. A vigorous, evangelical exercise of the primacy that puts preaching the truth of God in Christ first has begun to assuage centuries of suspicion about the papacy.

Ecumenical seriousness requires acknowledging that there are many serious obstacles to Christian unity. Making the Petrine primacy work for all isn’t the only issue. It may not even be the gravest issue. 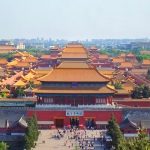 From Garmisch-Partenkirchen 1936 to Beijing 2022 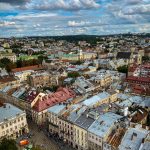