Nancy Pelosi and I grew up in the same Baltimore, in the days of May Processions and Forty Hours’ devotions, of Baltimore Catechisms and nuns in starched wimples, of Catholic heroes like John Unitas and Gino Marchetti of the Baltimore Colts.

Nostalgia is always suspect when judging the texture of a time and a place: in this case, a town of ethnic neighborhoods in which Catholic kids unselfconsciously identified themselves by parish. Yet it’s hard not to feel a twinge of reverence for something that wasn’t perfect — but, dang, it was great. Or, as another product of that period, Garry Wills, once wrote, “Not a bad ghetto to grow up in.”

In the Fifties, Nancy D’Alesandro was the mayor’s daughter — her father being “Big Tommy” D’Alesandro, as distinguished from Nancy’s brother, “Young Tommy,” who was mayor during riot time in 1968 and then left public life. After marrying Paul Pelosi in 1962, Nancy moved to San Francisco — and thereby missed one of the electric moments in the twilight years of the old Baltimore in which we were both raised.

It was January 1966, and the City Council was considering an open housing bill — a key plank in the platform of civil rights leaders. “Young Tommy” D’Alesandro, then president of the Council, invited Cardinal Lawrence Shehan to testify at a public hearing on the measure. The diminutive cardinal had barely gotten the first sentence out of his mouth when raucous jeers broke out, to the point where Young Tommy had the cops clear the room so the hearing could proceed.

“The Jeering of the Cardinal” was the big story for days thereafter — a story from which some of us took an important lesson: the Catholic Church stood shoulder-to-shoulder with those deemed outside the boundaries of society’s protection and concern.

It’s hard to imagine Young Tommy not telling his sister about that episode, but Nancy Pelosi doesn’t seem to have learned the meaning of those heady days for the 21st century — that the legislative battles to protect the right-to-life of the unborn, the elderly and the handicapped, (not to mention the battle against treating human embryos as research material) are civil rights struggles in moral continuity with the civil rights struggles of the Sixties.

The questions are the same: Who enjoys the protection of the laws? Who is inside the boundaries of the community’s protection and concern? Who is safe, if some of us arrogate to ourselves the power to declare others of us outside those boundaries?

I wish my fellow-ex-Baltimorean had answered those questions in a way that does full justice to the Catholic upbringing of which she boasts. Alas, Nancy Pelosi is one of the most relentless supporters of the spurious “right” to abortion in the House: which means that she’s on the wrong side of the great civil rights issue of our time, just like the people who jeered Cardinal Shehan in 1966. NARAL Pro-Choice America went into paroxysms of adulation when Pelosi was elected Speaker; Democrats for Life lamented that Pelosi put federal funding for embryo-destructive stem cell research near the top of her legislative agenda.

Then there was the carefully choreographed Jan. 3 Mass at Washington’s Trinity University, where Pelosi had attended college. At the Speaker’s invitation, the celebrant and homilist was Jesuit Father Robert Drinan, who would succumb to pneumonia a few weeks later.

Father Drinan was the man who, more than anyone else, gave the moral green light for the Democratic Party to tarnish its modern civil rights record by embracing the abortion license; the man who, during his years in Congress, consistently defied the canons of public justice (and the Church’s settled conviction) on the great civil rights issue of the day; the man who helped turn Senator Edward Kennedy from a potential champion of the pro-life cause into the desiccated, Wolsey-like specimen he is today. If Father Drinan’s record provides insight into the Pelosi speakership, then Nancy Pelosi has betrayed the great public lesson of the Baltimore Catholicism in which we both grew up.

I pray that my fellow-ex-Baltimorean changes her mind, but I’m not holding my breath. I’m also praying that my skepticism is misplaced.

PrevTurning Toward Christ, Together
The KGB Campaign Against Pius XIINext 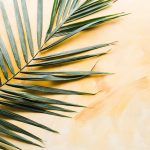