<msoNormal$3>Within hours of Cardinal Bernard Law’s resignation this past December, the myth-makers were at work, spinning tales of why this had happened and what it all meant. Before two such myths congeal into “facts” of the “everyone knows that…” variety, permit me to do some demythologizing. What follows are neither impressions nor speculations. What follows comes from on-site, personal knowledge of the Roman dynamics in play in December, and from extensive conversations with many of those directly involved in these dramatic events.

<msoNormal$3>Myth #1: Cardinal Law was forced from office by the Vatican in response to irresistible pressures from Boston clerical and lay activists.

<msoNormal$3>This is the master myth. It is wrong – wrong about facts, and wrong about causalities.

<msoNormal$3>The fact is that Cardinal Law, who had publicly acknowledged serious errors of judgment and governance, had been prepared to lay down his charge in April. By early December, the cardinal had become further convinced that he could not give the Archdiocese of Boston the kind of leadership it desperately needed: settling the legal and financial issues involved in the sexual abuse scandals and getting on with thoroughgoing, radical, and authentically Catholic reform. Cardinal Law persuaded the relevant officials at the Vatican, including the Holy Father, of this. So the decision to accept the Cardinal’s resignation was made.

<msoNormal$3>In brief, the chief factor in Cardinal Law’s resignation was…Cardinal Law. Whatever you hear to the contrary from Voice of the Faithful, the Boston Priests’ Forum, Newsweek, or the Boston Globe is myth-making, usually agenda-driven.

<msoNormal$3>This is the key secondary myth within the master myth. It, too, has no basis in fact.

<msoNormal$3>Didn’t the Vatican sit up and take notice when fifty-eight priests took this unprecedented public step on December 9? Of course the Vatican did. But what did the Holy See notice?

<msoNormal$3>The first thing officials in Rome likely noticed was that there are some 1,650 religiousand diocesan priests in the Archdiocese of Boston; thus the signatories represented about 3.5% of the Boston presbyterate. Not exactly a landslide, that.

<msoNormal$3>The second thing to be noticed and pondered were the names on the list. However slow it has sometimes been to measure accurately the breadth and depth of the crisis in the American Church,the Vatican is not clueless. Officials in Rome could see that the signatories included priests who had never truly accepted Cardinal Law’s authority; their request for him to lay down an authority they had rarely acknowledged rang rather hollow. Roman authorities could also see that priests whose ministerial paths had not been without major potholes (to put it gently) were among the signatories, and in some cases among the leaders, of this initiative – not precisely the men to whom one would first look for dispassionate analysis and prudent counsel. Moreover, the Vatican was certainly struck by the fact that men who had repeatedly and publicly denied the Church’s teaching on the moral truth of things were among the signatories: is it likely that their ecclesiastical judgments would be regarded as sound?

<msoNormal$3>The third thing no one in Rome could have missed was the text of the priests’ letter itself. It praised Cardinal Law for his ecumenical and inter-religious initiatives, his work for immigrants and the homeless, and his opposition to capital punishment. But what was blatantly and (it could only be assumed) deliberately missing was any reference to Cardinal Law’s major public policy concern for eighteen years – his defense of the right-to-life of the unborn. This particular non-barking dog clearly demonstrated where these fifty-eight priests were coming from, so to speak – and where they wanted the Archdiocese of Boston to go. Which is not, one expects, where the Vatican wants to Archdiocese of Boston to go.

<msoNormal$3>Cardinal Law did the right thing by laying down his charge. Some would argue, not unreasonably, that the Church’s cause might have been better served if what finally took place in December had happened in April. That being said, however, no good is served, in Boston or elsewhere, by agenda-driven myth-making. Enough of that is quite enough. 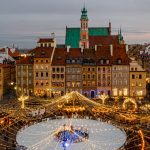 An Open Letter to My Friends in Poland 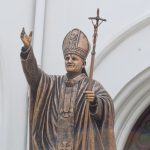