Why support a Federal Marriage Amendment? Here are ten reasons why.

1. The FMA will prevent activist judges from redefining marriage to fit their squinty reading of the “signs of the times.” There isn’t the slightest shred of evidence to support the claim that the American people want this redefinition. Those who do should have the democratic courtesy to take their case to legislatures, not courts. Judicial usurpation of decision-making on grave issues of public policy is undermining democracy. It’s time to draw the line. This is the place.

2. “Marriage” is not something the state can legitimately redefine. Marriage is a human institution thousands of years older than the state; a just state recognizes that and structures its laws accordingly. The state is under moral judgment here, not the institution of marriage as it’s been understood for millennia.

3. Attempts to redefine marriage inevitably involve parallel attempts to drive religiously-informed moral norms from public life. The Supreme Judicial Court of Massachusetts, for example, declared marriage a “wholly secular institution” in its recent decision mandating so-called “gay marriage.” The Massachusetts Supremes were wrong, but if their opinion prevails, it will be another step toward establishing secularism as the official ideology of the United States.

4. Government-sanctioned same-sex “marriage” will inevitably lead to demands that homosexual sex be discussed “neutrally” in public schools. Parents who fight this will be branded irrational bigots. This is already happening to supporters of the Federal Marriage Amendment.

5. The same charge of bigotry will be laid against priests, ministers, and rabbis who decline to perform “gay marriages.” One young priest I know, an entirely sober soul, told me that he fully expects to see clergy of his generation jailed for refusing to perform same-sex “weddings.” He is not being alarmist. Unhappy precedents have already been set in Canada and Great Britain, where clergy have been subjected to the pressures of the criminal law for teaching classic Christian doctrine on homosexual behavior.

6. Some constitutionally fastidious conservatives and a few dissembling politicians argue that marriage has always been a matter for the states. This is historically inaccurate. Several federal laws against polygamy were passed in the nineteenth century, and absent federal intervention, polygamy might well have been legal in several states. Moreover, gay “marriage” activists will insist that any one state’s “gay marriage” provision be recognized in every other state under the Constitution’s “full faith and credit” clause – and they’ll find a lot of the federal appellate bench supporting that claim. In the current political, cultural, and judicial climates, defining marriage is, inescapably, a national issue.

7. Then there’s the slippery slope, which in this instance is an empirical reality, not a logical fallacy. If states can redefine marriage as the union of two men or two women, on what principled ground will states deny the claims of one man and three women to be married? Or two women and three men? There is no such ground. If gay “marriage” becomes the law of the land, polygamy and polyandry are not far away.

8. Gay “marriage” advocates insist that family “structure” doesn’t matter. Haven’t we learned from years of a lengthy, failed experiment in social welfare policy that marriage “structure” does count? What’s just about ignoring the overwhelming social scientific evidence that kids flourish best in a stable family led by a father and a mother? To endorse same-sex “marriage” is to declare that motherless or fatherless families are social goods. The kids, as usual, will suffer most.

9. We’ve already seen the damage that’s been done to marriage and to children by a culture that increasingly divides “marriage” and “procreation.” Legally endorsing same-sex “marriage” will accelerate the separation of marriage and parenting.

I don’t think so. 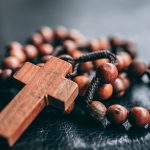 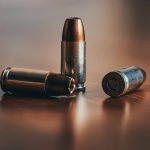