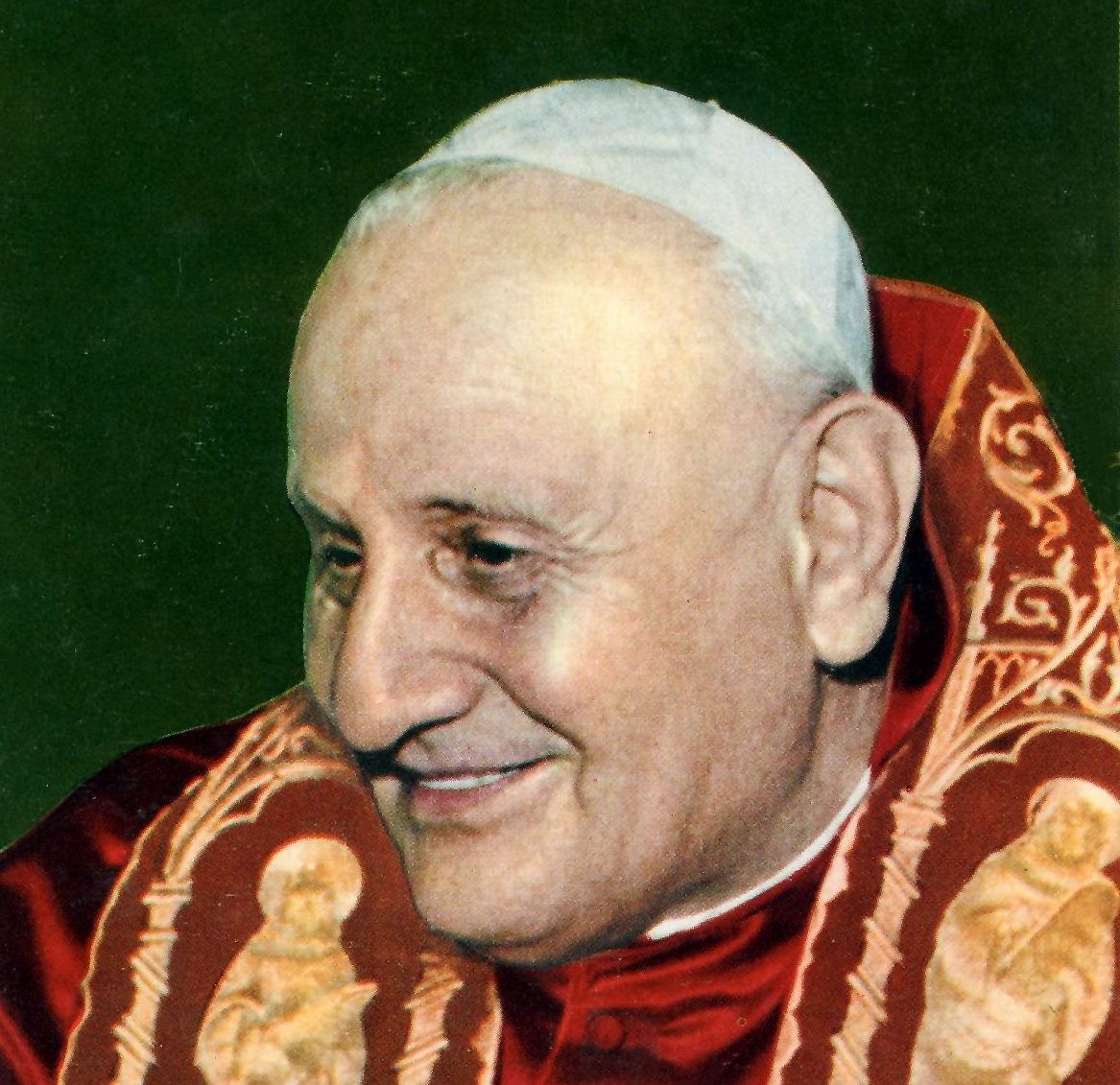 Fifty years after the conclusion of the Second Vatican Council, the Church is still bedevilled by competing and often mutually antagonistic answers to the question, “What was it all about?”

The international media has its favourite answer: Vatican II was the Catholic Church’s “opening to the modern world” – an opening that should have led Catholicism down the path of accommodation to the zeitgeist pioneered by liberal Protestantism, but didn’t because Pope Paul VI lost his nerve and issued Humanae Vitae, a grave error then followed by the “conservative” pontificates of John Paul II and Benedict XVI.

In this interpretive scheme, Pope Francis is typically presented as the leader who will rescue Vatican II from the depredations of his immediate predecessors and get on with the job of remaking the Catholic Church in the image and likeness of secular postmodernity.

That international media trope has, to be sure, its adherents inside the Church, too. In the Anglosphere, their ageing, dwindling but recently re-energised numbers read The Tablet and the National Catholic Reporter, where their yearning for the revolution that never was (but which they devoutly hope might now be) is regularly reinforced.

Catholic traditionalists, mollified for decades by the interpretation of Vatican II taught by John Paul II and Benedict XVI, also seem to share the progressives’ sense that The Revolution is at hand, but loathe the very idea of it. Thus the traditionalists are confirmed in their long-held suspicion that the Council was a very bad idea from the start, and that any Catholic engagement with modernity is, to borrow from a heathen, nonsense on stilts.

Meanwhile, for most Anglosphere Catholics over 50 who are not regular combatants in the intra-Catholic wars, the Council remains the event that “changed the Mass”, altered the expectations of Catholic practice in which they had been raised, disposed of the catechisms from which they had been taught, made them more acceptable to their Protestant and Jewish neighbours, relieved them of the pangs of guilt from which they once suffered for minor offences, and led to vast ecclesiastical bureaucracies which pester them from time to time.

But what, one wonders, does any of this have to do with what Pope St John XXIII had in mind in summoning the Council? To which the answer must be: not much. Not very much at all.

As he said in his opening address to the Council on October 11, 1962, John XXIII regarded the idea of an ecumenical council, which came to his mind unbidden, as an inspiration from Providence. Yet Providence works through human instruments, and it may help to understand the inspiration that struck John XXIII during his first weeks in office, and his intention for the Council, if we remember that Angelo Giuseppe Roncalli was a historian.

Further, his principal historical work involved chronicling the pastoral activity of St Charles Borromeo, the Archbishop of Milan, who understood the Counter-Reformation as a great movement of Catholic reform, intended to reinvigorate Catholic mission in the dire circumstances caused by the fracture of Western Christendom.

To the historian Roncalli, then, it may not have seemed a stretch to think of the mid 20th-century Catholic situation as roughly analogous to the challenges faced by Borromeo 400 years before. The 20th-century Church had been set back on its heels by the 19th-century assaults of political modernity (from the French Revolution to the Italian Risorgimento and Bismarck’s Kulturkampf); it had been powerless to prevent two world wars and the Cold War fracture of Europe. Yet, as in Borromeo’s day, there were sources of renewal seeking room to breathe and flourish in Catholicism. And many of them had been set in motion by the pope under whom Roncalli had been born, Leo XIII.

It was Leo’s grand strategic objective to engage modernity, not simply reject it. But he intended that engagement to take place through distinctively Catholic tools. The Church would not simply surrender to the modern zeitgeist: the scientific method understood as the only proper avenue to knowledge; scepticism about the capacity of the human mind to grasp moral truth with certainty; and doubts about the authenticity of the Church’s understanding of its origins that followed the historical-critical dissection of ancient texts.

By the renewal of Catholic philosophy and theology, the creation of modern Catholic biblical and historical studies, and the enunciation of a novel social doctrine, Leo XIII intended the Church to meet modernity with a proposal, not simply a condemnation.

The dynamics of renewal that Leo set loose in the Church during his 25-year pontificate had a sometimes rough passage through the five decades after his death in 1903. But they survived. And it may have seemed to John XXIII, as a keen student of history whose early ecclesiastical career had been threatened during one of the periods when critics of the Leonine reforms were ascendant, that it was time to gather up those dynamics of renewal and focus them through the prism of an ecumenical council, much as the Council of Trent (and Borromeo, as one of Trent’s principal interpreters) had gathered up and focused the reformist energies of that time.

John XXIII’s opening address at Vatican II is typically remembered for the pope’s chastising of the clerical “prophets of gloom” who saw nothing but ruin in modernity, and for John’s distinction between the unchanging substance of the deposit of faith and the ways in which its enduring truths are presented in every age. Fair enough; those soundbites are in the text. But there is far, far more to the allocution known as Gaudet Mater Ecclesia (“Mother Church Rejoices”) than that. There is, for example, this:

The greatest concern of the ecumenical council is this: that the sacred deposit of Christian doctrine should be guarded and taught more efficaciously. That doctrine embraces the whole of man, composed as he is of body and soul. And, since he is a pilgrim on this earth, it commands him to tend always towards heaven.

And then there is this:

To the human race, oppressed by so many difficulties, she says like Peter of old to the poor man who begged alms from him: “Silver and gold I have none; but what I have, that I give thee. In the name of Jesus Christ of Nazareth, arise and walk” (Acts 3:6). In other words, the Church does not offer to the men of today riches that pass, nor does she promise them a merely earthly happiness. But she distributes to them the goods of divine grace which, raising men to the dignity of sons of God, are the most efficacious safeguards and aids towards a more human life. She opens the fountain of her life-giving doctrine which allows men, enlightened by the light of Christ, to understand well what they really are, what their lofty dignity and their purpose are, and, finally, through her children, she spreads everywhere the fullness of Christian charity, than which nothing is more effective in eradicating the seeds of discord, nothing more efficacious in promoting concord, just peace, and the brotherly unity of all.

Thus, as John XXIII understood it, the purpose of Vatican II was to renew the Church’s understanding of the patrimony of truth it bore as a gift from Christ himself. Why? So that the Church might become a more effective witness to the truth about humanity. For that is what we learn when we meet Christ, who reveals both the face of the merciful Father and the truth about ourselves, as the Council’s Pastoral Constitution on the Church in the Modern World, Gaudium et Spes, would put it three years after the Council’s opening.

In other words, the renewal of the Church’s reception of the deposit of faith, and the development of the Church’s ability to express those truths in ways that could be heard by the people of modernity, were both aimed at mission: at the recovery and revitalisation of the Catholic Church as a missionary, or evangelical, enterprise.

John XXIII wanted the Church to return to its origins – to hear again the words of the Great Commission of Matthew 28:19-20 – in order to be the Church that modernity so badly needed. Not a frozen-in-amber Catholicism, locked into time-conditioned ideas and practices identified with the Tradition, tout court. Certainly not a Church that was simply modernity tarted up with incense and candles. Rather, an evangelical Church, which had met the Lord again and could thus offer the world the medicine of mercy (another phrase in Gaudet Mater Ecclesia) so that the world might meet the one who is the way, the truth, and the life, and be healed by him.

That is the vision of the 21st-century Church implicit in John XXIII’s opening address. That is the vision that now energises the most vital parts of the world Church: in Africa and Asia; in North America; and in those parts of the Church in Europe that are living rather than dying. That is also the vision that seized the imaginations of the bishops of Latin America at the Aparecida conference in 2007, although it is clear that a lot of work remains to be done to transform the cultural Catholicism of the southern half of the western hemisphere into the evangelical Catholicism that can meet the Protestant challenge there.
How does John XXIII’s vision of the Council speak to us today?

Pope John’s optimism about the future course of modernity may well have been misplaced. The past 50 years have not been kind to those who imagined that modernity would be embodied in an open-minded man of moral principle like Albert Camus. What we got instead, in the West, was the close-minded, fundamentalist scientism of Richard Dawkins and the mindless postmodern gibberish of Jacques Derrida. But to recognise that seems to me to underscore the implausibility of both the traditionalist and progressivist options for Catholicism in their typical forms.

The traditionalist option seems to lead inevitably to self-constructed catacombs. It may, at some point, come to that, if postmodernity does indeed produce a new Dark Age in which the flame of faith can only be kept alive in small, intentional communities that live apart from the surrounding culture in frank rejection of it. But we are not there yet, and it strikes me as somewhat self-indulgent to assume that we are.

As for the progressive option, well, one only has to look at the Catholic wastelands where that option has been fully deployed for decades – Germany, much of Austria, Belgium, too much of France, most of the Netherlands, Quebec and New Zealand – to grasp an elementary point: surrender to the late modern or postmodern zeitgeist does not lead to the world’s conversion but to the Church’s implosion.

Thus, on the 50th anniversary of the Council’s solemn conclusion, it is past time for Catholicism in the West to fulfil the unfinished agenda of Vatican II, becoming a Church in permanent mission that measures its fidelity by its evangelical fervour and missionary success. And in the West, mission territory is everywhere.

George Weigel is Distinguished Senior Fellow of the Ethics and Public Policy Center in Washington DC and the author (among many other books) of Evangelical Catholicism: Deep Reform in the 21st-century Church, which has been translated into the major European languages.

This article was originally published on Catholic Herald (UK)
http://www.catholicherald.co.uk/issues/november-27th-2015/mission-abandoned-did-we-betray-john-xxiiis-vision-for-vatican-ii/

PrevA Thanksgiving Meditation on Freedom and Its Enemies
Synod 2015 RevisitedNext 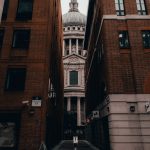