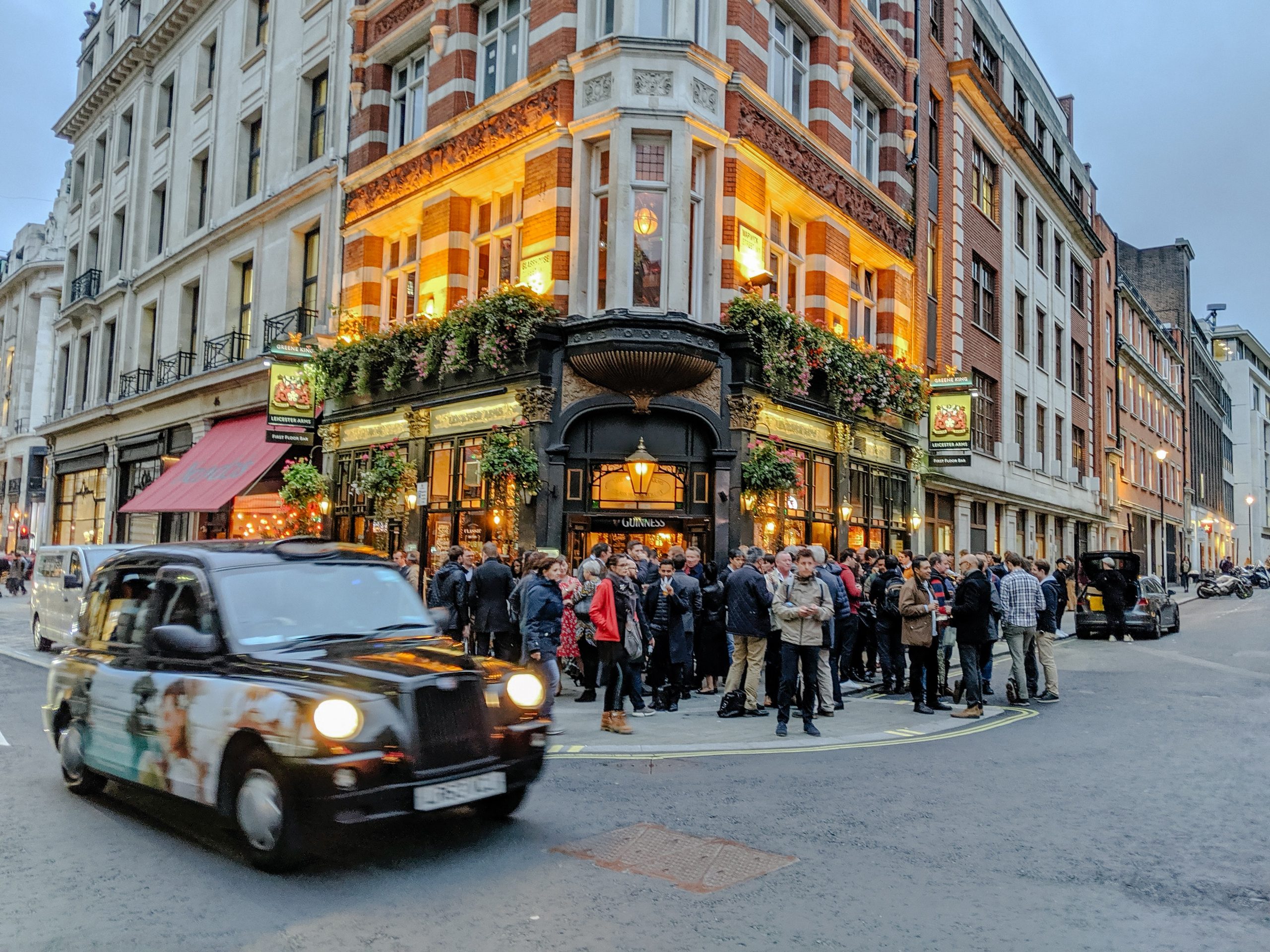 LONDON. Soho, in the West End of the British capital, has had a rather dodgy history. Wikipedia notes that, by the mid-19th century, “all respectable families had moved away, and prostitutes, music halls, and small theaters had moved in.” So had Father Arthur O’Leary who, in 1792, established in Soho the first Catholic church since the Reformation that had not been located on some foreign embassy’s territory. The parish first worshipped in a ballroom rented from the creditors of a bankrupt Regency theatrical impresario, Teresa Cornelys, one of Casanova’s many lovers.

The parish built a church in 1893 and St. Patrick’s became a Catholic home for many in the London émigré community. In the 1930s, St. Patrick’s was surrounded by bars where inebriated intellectuals and writers argued long into the night. Their drunken revelry, like much of London’s life, was interrupted by the German Blitz, during which a Luftwaffe bomb came crashing through the ceiling of St. Patrick’s and buried itself in the floor without exploding.

As my colleague Stephen White puts it, Soho today is a “world-class spiritual wasteland…a playground of the middle and upper classes, a trendy night spot that sells just about anything a man could want. It’s not so much a poor neighborhood as it is a wicked neighborhood. It’s a place dedicated to the appetites and built on prodigality.” And in the midst of that prodigality is St. Patrick’s—a model Catholic parish and one of the flagships of the New Evangelization.

Led for the past decade by Father Alexander Sherbrooke, a man of no small dreams, St. Patrick’s has just completed a magnificent restoration that has turned a once-drab church into a golden gem of architecture and decoration: for Father Sherbrooke believes, with Benedict XVI, that beauty is a privileged pathway to God in a secular age. While the church was being restored, its dank basement was dug out and a state-of-the-art community center built for the parish’s extensive work with the homeless and the destitute. Up in the church’s bell tower is a chapel for Eucharistic adoration, where volunteers pray from 7 to 11 p.m. every night, and where two telephones bring requests from all over the world to an “SOS Prayer Line.”

The Eucharist is at the heart of St. Patrick’s life for, as Steve White put it after his eight months of work there, “the demands of discipleship in that environment leave no room for lukewarmness. Anyone who was going to leave left long ago. The Eucharist quite simply drives the life and work of the parish. This is not a theological truism but an actual fact learned from experience. And that experience is transformative.” The Eucharist, in a daily rhythm of Mass and Eucharistic adoration, is the dynamic force behind the church’s street evangelization programs and its work with the homeless.

Eucharistic piety is also at the center of the St. Patrick’s Evangelization School, the acronym for which (SPES) is, not coincidentally, the Latin word for “hope.” Each year, ten or so young people come to St. Patrick’s for an academic year’s worth of intense catechesis, spiritual formation, street evangelization, and work with Soho’s down-and-outs, while they take turns manning the SOS Prayer Line during adoration. It’s an experience straight out of the Acts of the Apostles, with 21st century technology providing new opportunities for these young men and women to give witness to the hope that is within the followers of the Way.

After more than a year of renovation (during which the parish’s many ministries continued), the church was re-opened in early June with three days of festivities, including Masses celebrated by Archbishop Vincent Nichols of Westminster and Cardinal George Pell of Sydney. I was invited to give a lecture on the middle day of the three and spoke on the emergence of Evangelical Catholicism—sacramental, biblical, robustly missionary, service-oriented—as the fruit of Vatican II. It seemed an appropriate theme, for St. Patrick’s today embodies exactly what the Council imagined for the world church: a new Pentecost.

PrevNo Homophobia
Benedict XVI and the Future of the WestNext

More Cracks in the Golden Dome