Caricatures of Catholic belief have been a staple of American life since the Colonial period. Once upon a time, the cartoons were drawn and the caricatures were promoted by Protestant bigots. That’s rarely the case anymore, except on the fringes of the religious fever swamps (and, to be sure, among certain devout secularists). In an odd historical twist, cartoon Catholicism and the crudest caricatures of Catholic belief are often promoted today by Catholic political leaders. Boston Mayor Thomas M. Menino is a case in point.

In the course of his recent remarks to the Catholic Charities Greater Boston Christmas dinner, the mayor confessed that ”what moves me about being a Christian is what Jesus taught us about being religious. He did not give priority to piety. He didn’t make holiness the big thing. And he did not tell us to go around talking up God, either.”

Really? One wonders what Menino makes of the last two verses of the Gospel of St. Matthew: ”Go, therefore, and make disciples of all nations, baptizing them in the name of the Father, and of the Son, and of the Holy Spirit, and teaching them to observe all that I have commanded you.” It is not, shall we say, self-evidently clear how that ”Great Commission” can be fulfilled without ”talking up God.”

As for Jesus being anti-pietistic and unconcerned about holiness, it is true that Jesus criticized the formulaic piety that some people of his time mistook for genuine religious conversion. But did the Master who gave his disciples what we know as the Lord’s Prayer really not care about prayer? Did the Christ who called on all to ”change your ways” for ”the kingdom of heaven is at hand” not care about holiness? Don’t organizations such as Catholic Charities help fulfill Christ’s command to ”let your light shine before men, so that they may see the good you do and give glory to your Father in heaven”?

Menino further muddied the waters by commenting that: ”When the pope speaks on doctrine, that’s absolute. I don’t think choice and gay marriage are doctrine.” Wrong again.

Ten years ago, in the encyclical ”Evangelium Vitae”, the late John Paul II underscored the Church’s centuries-old conviction that abortion is always and in every circumstance a grave moral evil. Theologians will debate forever whether that teaching is ”doctrine” in the sense that the trinity is ”doctrine;” but those debates are irrelevant here, for the mayor was using ”doctrine” as a synonym for ”settled Catholic conviction” and suggesting that the abortion question is unsettled. It is not. Moreover, that teaching is not going to change, because it is rooted in the facts of embryology and in elementary principles of justice. To suggest otherwise is either culpable ignorance or willful misrepresentation.

John Paul II defended and promoted marriage as the stable union of a man and a woman for more than 26 years. The bishops of Massachusetts, following the papal lead on this settled question, have rejected the usurpation of politics by the Supreme Judicial Court and will press to restore to the people of Massachusetts their democratic right to determine how the state understands ”marriage.” For the mayor to suggest that the nature of marriage is also an unsettled question for the teaching authority of the Catholic Church is, again, either ignorant or mendacious.

So it seems that Menino knows neither the Bible, nor the catechism, nor the teaching of popes and bishops. Why should anyone beyond Catholics care? Because Americans will continue to debate the role of religiously informed moral reason in public life. That debate can be intelligent or dumb; it can strengthen democracy or weaken it; it can build bridges of understanding through serious conversation or fracture communities and stoke animosities. If political leaders like Mayor Menino continue to promote caricatures and cartoons of Catholic conviction, the debate will be unintelligible and fractious. And American democracy will be the weaker for it.

This article was originally published on The Boston Globe
http://www.boston.com/news/globe/editorial_opinion/oped/articles/2005/12/14/meninos_catholic_fallacies/ 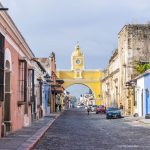 Light From the South 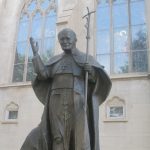 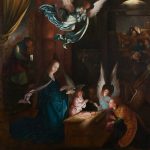