A while back, I noted with a touch of asperity that the “Prayer of the Faithful” too frequently deteriorates into serial sermonettes, an American Church innovation without foundation in the Church’s liturgical tradition.

I was particularly scornful of petitions that politicize the liturgy by promoting, as self-evidently desirable objects of the Lord’s attention, various planks in the Democratic platform. The same objection would, of course, apply to petitions drawn from the Republican playbook; but given the ambience from which most mass-produced liturgical “aids” emerge these days, that’s not likely to be a big problem any time soon.

It is, perhaps, an unhappy indicator of this column’s influence that things on the petition front have arguably gotten worse. Moreover, numerous readers have asked me to revisit the issue, so here we go again. Try these two gems, to which I was recently subjected; they were taken from a canned set of petitions for weekday Mass:

“For a transformation of world vision which will put the needs of human beings before capital gain and create policies which manifest Jesus’ love for the poor, let us pray to the Lord…”

“For the leaders of the United Nations, may they effectively design programs to provide aid to the people who experience the greatest suffering, let us pray to the Lord….”

I trust the Lord wasn’t listening.

The first petition cited is soft socialism masquerading as intercessory prayer. It ignores the fact that incorporation into global markets is the key to economic development and the empowerment of the poor, as post-World War II western Europe and Japan, Singapore, Hong Kong, Taiwan, South Korea, post-Cold War east central Europe, and now India demonstrate.

In his 1991 encyclical, Centesimus Annus, John Paul II stressed that the moral obligation of the wealthy is to bring the global poor into those “capital-gain” driven networks of productivity and exchange that our petition-writer deplores. So why set “capital gain” over-against “Jesus’ love for the poor,” as if the two were mutually exclusive?

As for those “leaders of the United Nations” who are the objects of the second petition’s concern, anyone familiar with the actual functioning of the U.N. might suggest that U.N.-related petitions to the Almighty would be better directed at ending the rape of children by U.N. “peacekeepers” in Sudan.

Or perhaps our (private) prayers might seek the conversion of the hearts and minds of the “leaders of the United Nations,” so that, having read the scientific evidence, they’re moved to abandon their salvation-through-latex approach to the AIDS pandemic.

As for “people who experience the greatest suffering,” they’re far beyond the reach of “U.N. leaders,” for the greatest suffering in this world is moral and spiritual, and alleviating that is not, the last time I looked, a mandate of the U.N. Charter. In any case, none of this belongs in the people’s common prayer at Mass.

These petitions are not, in fact, prayers. They may be expressions of conventional liberal pieties. They may be guilt-trips aimed at suburban congregations. They may even be subtle advertisements for the Carter Center. But they’re not prayers of the sort envisioned by the Second Vatican Council when it mandated that, in the reformed liturgy, “intercession will be made for holy Church, for the civil authorities, for those oppressed by various needs, for all mankind, and for the salvation of the entire world.”

(Which raises another question: When was the last time you heard a petition that used the phrase “holy Church,” or that invoked the divine mercy “for the salvation of the entire world”? Not recently, I bet.)

What to do? The answer, as I suggested before, is austerity: the integrity of the liturgy requires us to use simple, even formulaic, petitions — for the universal Church; for the local Church; for civil authorities; for special local needs; for peace; for Christian unity; for the salvation of the world; for the dead — and leave it at that. 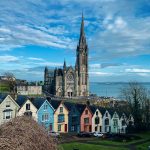