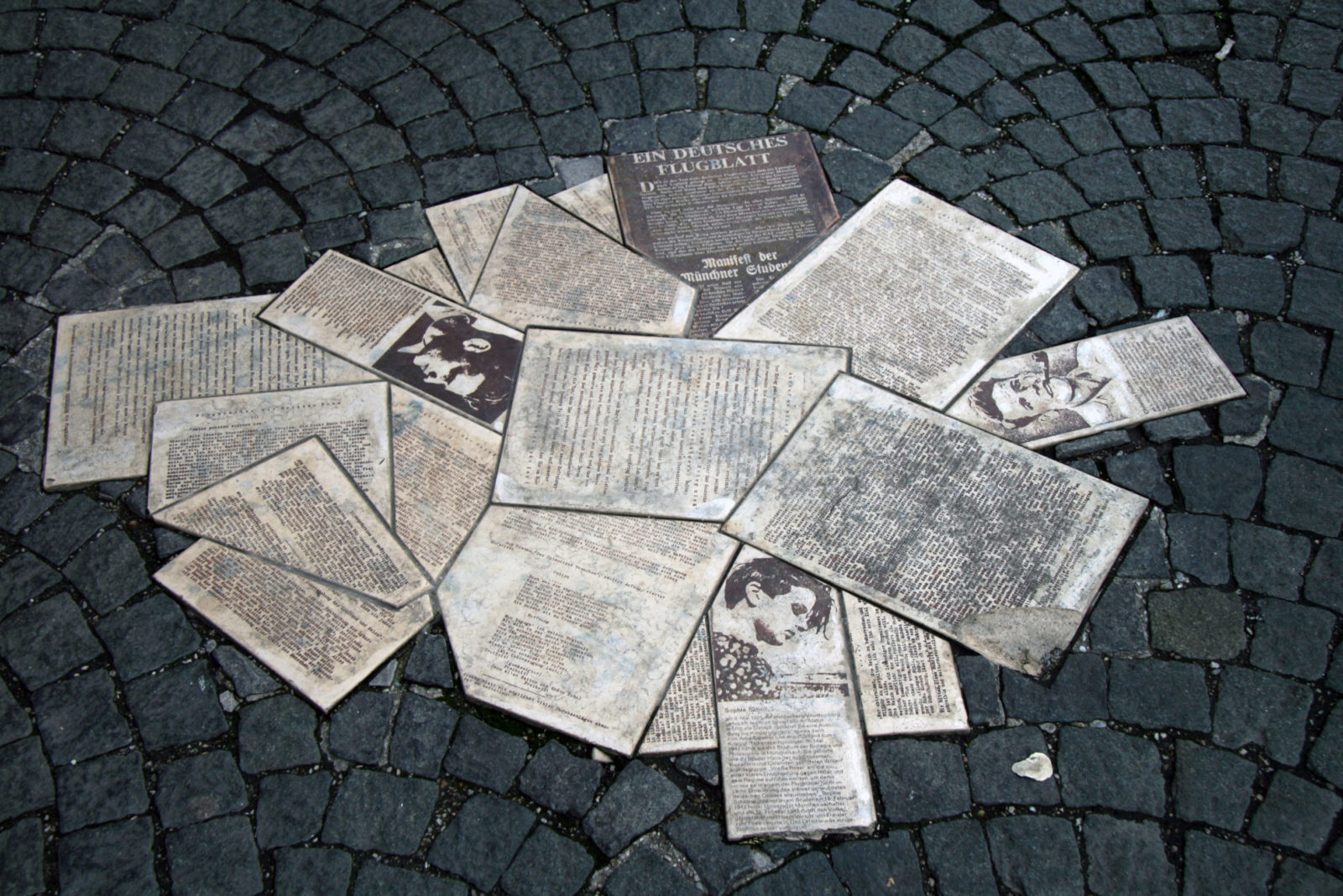 Learning from the White Rose

Seventy-five years ago last month, Sophie and Hans Scholl and their friend Christian Probst were executed by guillotine at Munich’s Stadelheim Prison for high treason. Their crime? They were the leaders of an anti-Nazi student organization, the White Rose, and had been caught distributing leaflets at their university in the Bavarian capital; the leaflets condemned the Third Reich, its genocide of the Jews, and its futile war.

How did young people once active in the Hitler Youth come to recognize the evil of the Nazi regime and risk their lives to oppose it?

The 2005 Oscar-nominated film Sophie Scholl: The Final Days offers part of the answer. The garish brutality of the Nazis, not least at its Nuremberg party rallies, was a first hint to serious young people that something was wrong here. The White Rose youngsters were also thinkers, and studied Socrates, Plato, and Pascal under the tutelage of Kurt Huber, a philosophy professor who despised the Hitler regime. The leaflets that were their primary resistance tool included references to Goethe, Aristotle, Schiller, and Lao Tzu—further signs of deep and broad reading.

What you won’t learn from the film, however, is that the triggering inspiration for their activism was the “Lion of Münster,” Archbishop Clemens von Galen, whose anti-Nazi preaching convinced the members of the White Rose that thought and discussion must give way to action. So, between June 1942 and February 1943, the White Rose produced and distributed six leaflets urging others to nonviolent resistance against the Nazi regime. To stand by silently, they claimed, was to be complicit in “the most horrible of crimes—crimes that infinitely outdistance every human measure.” To do nothing was to truckle to Hitler; and “every word that comes out of Hitler’s mouth is a lie.”

The fourth pamphlet made a promise: “We will not be silent. We are your bad consciences. The White Rose will not leave you in peace.” And therein lies a clue to another inspiration for the Scholls and their friends: John Henry Newman and his writings on conscience.

In Britain’s Catholic Herald, Paul Shrimpton notes that the youngsters of the White Rose were deeply influenced by Augustine’s Confessions and George Bernanos’s Diary of a Country Priest. But it was Newman’s sermons, recommended to the White Rose students by a philosopher who had converted to Catholicism after reading Newman’s Grammar of Assent, which prompted that fourth pamphlet with its call to heed the demanding voice of conscience.

Shrimpton reports that when Sophie Scholl’s boyfriend, Fritz Hartnagel, was assigned to the Russian front in 1942, Sophie gave him two volumes of Newman’s sermons. He later wrote her that “we know by whom we are created, and that we stand in a relationship of moral obligation to our creator. Conscience gives us the capacity to distinguish between good and evil”—words, Shrimpton notes, that “were taken almost verbatim from a famous sermon of Newman’s called ‘The Testimony of Conscience.’” On the witness stand before the notorious Nazi “People’s Court” judge Rudolph Freisler, twenty-one-year old Sophie Scholl testified that it was her conscience, and her Christian conviction, that had led her to nonviolent resistance against Hitler and his gangsters. That Christian conscience, we now know, was formed in part by a serious intellectual and spiritual encounter with Blessed John Henry Newman.

There is a lot of talk in the Church these days about “conscience,” and Newman is invoked by many prominent personalities in those debates. So it might be useful for all concerned, including Church leaders in the Munich where the White Rose youngsters gave their lives for the truth, to ponder Newman’s influence on these contemporary martyrs.

They learned that obedience to conscience can make us courageous, and that to strive to live an ideal with the help of grace is to live a truly noble life with an undivided heart.