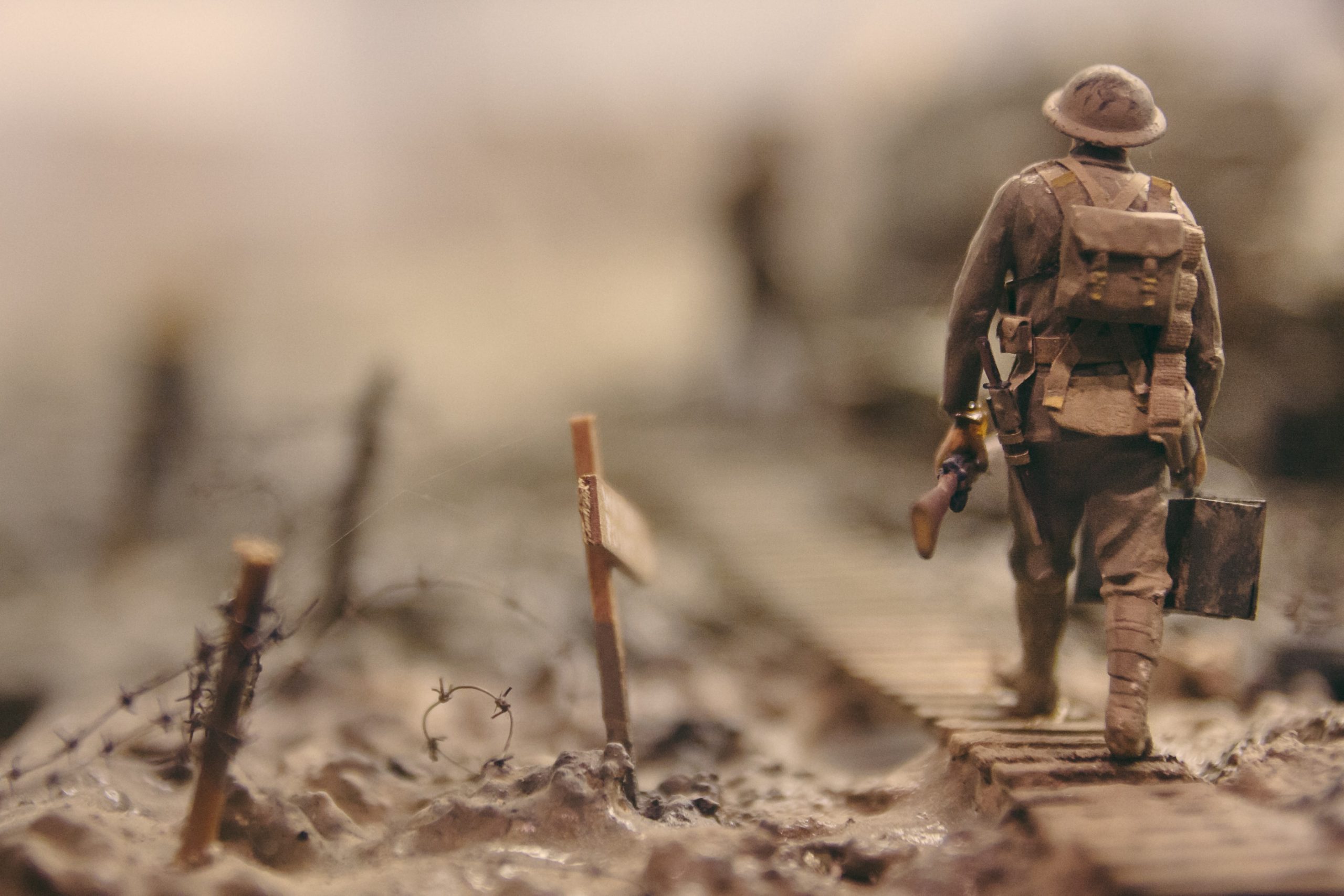 Every once in a while, a truly special book comes down the theological pike: a book both scholarly and well-written, a book that stretches the imagination, a book that changes the state of a discussion, if it’s taken with the seriousness it deserves. The late Servais Pinckaers’s Sources of Christian Ethics was such a book. So was N. T. Wright’s The Resurrection of the Son of God. Now comes Nigel Biggar’s In Defense of War (Oxford University Press). Biggar’s careful moral reasoning offers a model that, if followed, would deepen and mature the Christian discussion of the ethics of war and peace. And, if I may say, his book ought especially to be read by those who, at first blush, will be shocked or even appalled by its title.

Nigel Biggar, Regius Professor of Moral and Pastoral Theology at Oxford and director, there, of the McDonald Center for Theology, Ethics and Public Life, is not well-known to American readers, save among that shrinking band of Catholic and evangelical thinkers who take the classic just war theory seriously and work to develop it in light of the realities of twenty-first century politics and technology. He is no ivory tower don, however, and in the bracing introduction to his book, he lays his cards squarely on the table:

This is the dilemma: on the one hand going to war causes terrible evils, but on the other hand not going to war permits them. Whichever horn one chooses to sit on, the sitting should not be comfortable. Allowing evils to happen is not necessarily innocent, any more than causing them is necessarily culpable. Omission and commission are equally obliged to give an account of themselves. Both stand in need of moral justification.

Throughout his book, Biggar, a close student of both military history and the just war way of thinking, inveighs “against the virus of wishful thinking.” And while he is appropriately critical of the wishful thinking of those prepared to give political and military leaders a moral blank check in times of war, Biggar understands that that form of moral irresponsibility is not a major problem in the Christian churches today (as it was, say, during World War I). No, the prevalent Christian wishful thinking today is that which imagines there to be just solutions to the evils caused by murderous men like Slobodan Milosevic, Saddam Hussein, Bashar al-Assad, and the Iranian mullahs without the effective threat, or the effective use, of proportionate and discriminate armed force.

And while he doesn’t say it in so many words, his able and detailed review of the moral arguments for and against the invasion of Iraq in 2003 makes clear that bad political ideas can combine with bad theological ideas to produce morally incoherent and politically irresponsible judgments and policy prescriptions. Prominent among those bad political ideas is the reflexive anti-western and anti-Israel bias that was palpable among many churchmen in the debate before the second Iraq War—a kind of gag reflex that warps too much church-based commentary on the Middle East today.

Biggar shares my longstanding concern that much of the Christian leadership of the West is functionally pacifist today. Many churchmen affirm what they understand to be the moral criteria of the just war tradition, but as a practical matter they cannot imagine a just use of armed force—which tends to subtract religious thinkers and their insights from the debates where policy is actually devised. If Nigel Biggar’s book gets churchmen thinking seriously about war and peace again, that might change.

This article was originally published on The Catholic Difference
http://www.eppc-stage.local/publications/just-war-revisited-revitalized/