It’s perhaps the most touching American tradition in Rome—the tolling of the bells at the Pontifical North American College, high atop the Janiculum Hill overlooking St. Peter’s, when a priest returns home to serve the Church in the United States. The tolling of the bells was particularly poignant on June 12, as they rang out to bid farewell to Monsignor Timothy M. Dolan, rector of the college since 1994.

For seven years, there was no better fit between man and mission in the Catholic Church than Monsignor Dolan and his work at the helm of America’s Roman seminary. Inheriting a reformed house from now-Archbishop Edwin O’Brien of the Military Archdiocese, Monsignor Dolan led the North American College from strength to strength. For five years of his tenure, I was fortunate enough to be a regular guest of the college; its faculty, staff, and students became friends and colleagues. I can say, with no blind eye to the inevitable problems and tensions, but also with conviction, that I have never experienced a healthier, happier, saner religious community.

That happiness reflected the salient fact of Timothy Dolan’s life: he’s a happy priest. He’s also an able administrator, a fine homilist, and a distinguished student of American Catholic history, following in the path of his mentor, the late John Tracy Ellis. But above all, Tim Dolan is a happy man whose happiness is simply infectious. I’m no morning person; but I am one among many who will testify to the fact that no one can reduce a breakfast table to peals of laughter more quickly than Monsignor Dolan.

At the Roman celebration of his twenty-fifth anniversary as a priest, one of Tim Dolan’s favorite quotes was cited: “Joy is the infallible sign of God’s presence.” In the original, it’s from a letter of Leon Bloy to Jacques Maritain. Truth to tell, it just as easily sums up Monsignor Dolan’s impact on the hundreds of seminarians he trained and the endless guests he hosted at the North American College. When, singing the entrance song at his anniversary Mass, we came to the familiar words, “Him serve with mirth, his praise forth tell,” few could doubt the appositeness of the hymn selection that day.

When someone is styled a “churchman,” we usually mean that he fits comfortably into the institutional grooves of Catholicism. Having trained as a historian and worked at the Vatican embassy in Washington and in two seminaries, Timothy Dolan knows all about the Church-as-institution. I think of him, though, as a “churchman” in another sense: as someone who fits others into the Church. By his priestly service, Tim Dolan has become the grooved path through which others, perhaps less-endowed with sure-footedness, have found their place within in the complex reality that is the Catholic Church. The firmness of Monsignor Dolan’s faith and conviction, coupled with his self-evident happiness in the priesthood, have made him a rock of strength for seminarians, priests, bishops, and laity alike.

A friend, reflecting on his years as the U.S. ambassador to a medium-sized African country, once said that an ambassador’s responsibilities were analogous to those of a ship’s captain: you were never off duty. You were always responsible, twenty-four hours a day, seven days a week, for those entrusted to your leadership and care. Being a seminary rector must be something like that. For seven years, Tim Dolan was on duty. He bore that responsibility with singular grace.

On June 19, precisely twenty-five years to the day after Timothy Michael Dolan was ordained a priest, John Paul II named him titular bishop of Natchez and auxiliary bishop of St. Louis, his hometown. I doubt that any news was so happily received beneath the Gateway Arch since Mark McGwire hit Number 70 out of Busch Stadium. But the generous people of St. Louis will understand, I trust, if the entire Church in America shares their happiness about this appointment, which benefits us all.

One of the finest Catholics of his generation has now been called to be a successor of the apostles. No one who knows Timothy Michael Dolan doubts that he will be as great a bishop as he has been a priest. 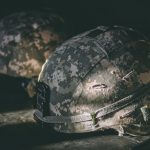 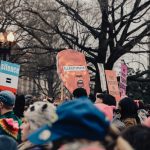