Why was John Paul II the greatest saint-maker in the history of the Church?

The question is actually a misnomer, although it’s been used regularly in retrospectives on the pontificate. The Church doesn’t “make” saints and neither does the pope. The Church, through the ministry of the Bishop of Rome, recognizes the saints that God has made.

Which still leaves open the question: why so many canonizations and beatifications?

Part of the answer involves the changes John Paul II made in the process by which the Church identifies the saints God has made. For 350 years, the Church had weighed claims to sanctity through an adversarial legal process, in which the candidate for beatification or canonization was put on trial, as it were, posthumously. The burden of proof fell on those promoting the “cause” of a particular candidate; the “Promoter of the Faith” (popularly known as “The Devil’s Advocate”) did everything he could to challenge the case for a candidate’s sanctity.

John Paul II changed all this, dramatically, in 1983. The “trial” was replaced by an academic-historical process, in which the key document is a biography of the candidate, prepared according to contemporary scholarly standards. Theologians and historians, not lawyers, became the key actors in the process. John Paul’s reforms also took a lot of the process out of Rome and into the local diocese where a cause originated. Local bishops are now responsible for assembling the materials relevant to judging a candidate, and thus local churches are now an integral part of the process. Finding the saints that God has made is no longer just a Roman affair. John Paul’s reforms made the process faster, less costly, more collegial, and better equipped to produce results. But it would be a great mistake to conclude that “process” alone explains the new wave of beatifications and canonizations in the Church.

Like everything else of consequence in the pontificate of John Paul II, his beatifications and canonizations have to be understood theologically. Karol Wojtyla had long been convinced that God is generous, even profligate, in making saints — because God is generous, even profligate, with his grace. The Church’s job, Wojtyla believed, was to acknowledge and celebrate God’s remarkable generosity in “making saints.” Wojtyla took Vatican II’s teaching on the “universal call to holiness” with great seriousness. The “universal call to holiness” was not, to his mind, a nice phrase; it was a living reality within the Church. Sanctity was not just for the sanctuary; sanctity is every Christian’s baptismal destiny. That’s what Wojtyla believed, and that’s why, as archbishop of Krakow, he helped promote the causes of many candidates for beatification and canonization.

Karol Wojtyla’s views didn’t change when he became pope in 1978 — but now he could do something to give concrete effect to the Council’s teaching on the “universal call to holiness.” He could reform the process by which the Church recognizes the saints God has made, so that God’s generosity in making saints became more apparent to the Church. That’s why John Paul’s pilgrimages to local Churches around the world — more than 100 trips outside Italy during the pontificate — frequently included beatifications and canonizations (which, previously, had only been celebrated in Rome). The Pope wanted to remind the people of the Church that sanctity is, in fact, all around us. The more the people of the Church believed that — the more the people of the Church could see specific, local examples of lives lived in heroic virtue — the more likely we all were to live the lives of sanctity to which we were called in baptism. John Paul II’s beatifications and canonization were very much part of his “new evangelization.”

From his adolescent days as an actor throughout the years of his pontificate, Karol Wojtyla had a profound sense of the dramatic quality of life. History, he believed, was a kind of stage in which God’s generosity and human freedom were both at work, in a cosmic drama that involved nothing less than the salvation and sanctification of the world. Our lives, he constantly taught us, are of more consequence than we often imagine. We are, he insisted, greater than we sometimes imagine ourselves to be — because we come from God and have been redeemed by God at a great price. That’s the drama of the spiritual life. That’s the drama of the lives of the saints. That’s the dramatic life that’s available to every Christian, without distinction.

Saints are people who can live comfortably with God forever. Saints are what we all must become if we’re to fulfill our human and Christian destiny. In lifting up the witness of thousands of Christians, many of them our contemporaries, John Paul II, a papal witness to God’s astonishing generosity in saint-making, reminded all of us of who we are, and where our true home will be found. 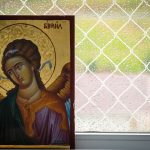