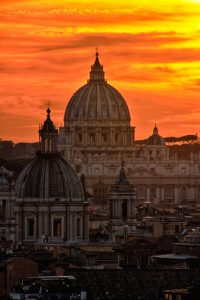 On May 13, 1981, Pope John Paul II had lunch in the papal apartment with Dr. Jerome Lejeune, the renowned French pediatrician and geneticist who identified the chromosomal abnormality that 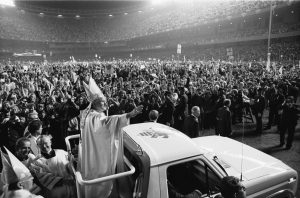 By any worldly measure, 1946 was an annus horribilis in Poland. With the exceptions of Cracow and Lodz, every Polish city lay in ruins. The homeless and displaced numbered in the millions.

When I met Cardinal Agostino Casaroli on February 14, 1997, the architect of the Vatican’s Ostpolitik and its soft-spoken approach to communist regimes in east central Europe in the 1960s and 1970s 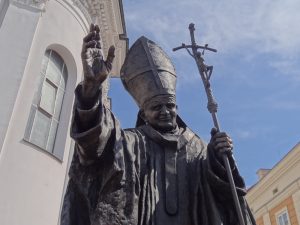 Editor’s note: The Pioneer Institute, a Boston-based public policy research center, has just published a groundbreaking study, A Vision of Hope: Catholic Schooling in Massachusetts. The book explores the history and achievements of 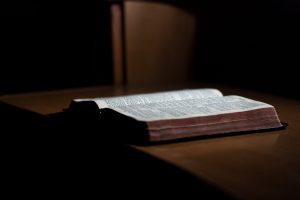 Thirty years ago, on January 22, 1991, John Paul II’s eighth encyclical, Redemptoris Missio (The Mission of the Redeemer), was published. In a pontificate so rich in ideas that its teaching has 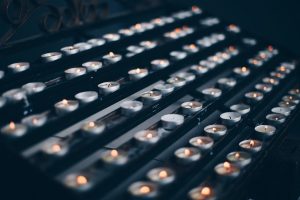 A wretched year came to a sorrowful end when Father Maciej Zięba, O.P., died in his native Wrocław, Poland, on December 31. The birthplace of Dietrich Bonhoeffer, Wrocław was also 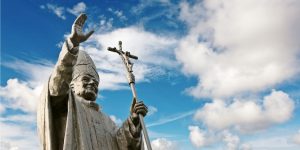 From 1991 until 2005, Cardinal Camillo Ruini served John Paul II as the papal Vicar for Rome—the man who handled the daily affairs of the diocese of which the pope

This essay is in response to James M. Patterson’s “Do We Still Hold These Truths?” For someone who was arguably the most prominent Catholic intellectual in the United States in 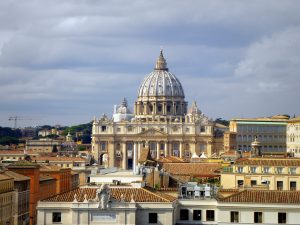 Shortly after the release of the Vatican’s long-awaited report on the career of cashiered cardinal Theodore McCarrick, the media herd of independent minds decided that the Big Story here was

The following lecture was given by George Weigel on November 5, 2020, as part of the annual “John Paul II Days” lecture series. This year’s conference was held virtually and organized around 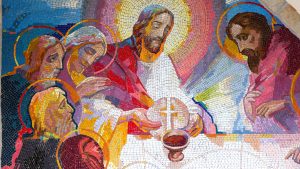 In his 2003 encyclical, Ecclesia de Eucharistia (The Church from the Eucharist), Pope St. John Paul II invited Catholics to regain a sense of “Eucharistic amazement.” Being “amazed” by the Eucharist is 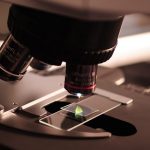 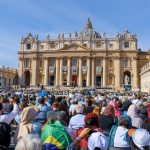 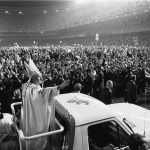 ROME. On the third floor of the Lateran Palace, home of the Vicariate of Rome, is a most remarkable mail-stop. Its official title is non-postal: “The Postulation for the Cause of the Beatification and Canonization of the Servant of God John Paul II.” Mail arrives in this small office from just about everywhere, bearing witness to favors received through the intercession of the late pope, requesting prayers, telling stories. The letters come in a daunting variety of languages, and some of them are addressed, simply, “John Paul II — Heaven.” The world’s postal services, not typically known for courtesy or efficiency, seem to have figured out the appropriate terrestrial destination of such correspondence.

In the minds of hundreds of millions of people, there is little doubt that John Paul II is a saint. The man who would succeed him described John Paul, at the late pontiff’s funeral, as being at the window of the Father’s house, seeing those present and blessing them. The hundreds of thousands present in St. Peter’s Square that day spontaneously proclaimed him “John Paul the Great” (the first such demonstration since the death of Pope St. Gregory I in 604), and there were innumerable signs that day reading “Santo subito” — “Make him a saint now!”

Happily, wiser counsels prevailed. Pope Benedict XVI’s approach, as described to me by the Postulator of John Paul’s cause, Msgr. Slawomir Oder, has been prudent: let’s get the process done as quickly as possible, but let’s also get it done right. Which is precisely how things should be. Any rush to judgment here would have several unhappy effects. It could cast doubt over the integrity of this particular cause. It would reinforce the world media’s tendency to think that the entire process of saint-making (better, recognizing-the-saints-that-God-has-made) is essentially political, when it in fact is essentially a matter of spiritual discernment. It would give the late pope’s enemies — and they exist — another cause to demean his memory and his achievements.

So Msgr. Oder and his colleagues are working steadily, but without undue haste. They are also conducting a process notable for its precision, as I can personally testify.

In October 1996, John Paul II gave me an unpublished memoir entitled “Curriculum Philosophicum,” which traced his first steps in philosophy, his later studies in the German phenomenologist Max Scheler, his philosophical work at the Catholic University of Lublin, and the origins of his Person and Act at the Second Vatican Council. My hunch then, as now, was that “Curriculum Philosophicum” was originally intended for one of John Paul’s books, perhaps Gift and Mystery, but, on further reflection, didn’t seem of sufficient general interest. I was, of course, delighted to be given such a gem, and used it in preparing my biography of the pope, Witness to Hope. A few months ago, Msgr. Oder wrote me, asking if the Postulation could have a copy of “Curriculum Philosophicum,” which they had been unable to find — which means that someone in the Postulation had dug through the forest of endnotes at the end of Witness to Hope to identify a Wojtyla text with which those responsible for the beatification process were unfamiliar. That’s the kind of research for which the phrase “fine-toothed comb” was invented.

The Postulation hopes to finish the local, diocesan process in 2007, after which the positio, the annotated biography prepared for every candidate whose cause makes it to this stage, will be written. The positio will use sworn testimony from a host of personalities, drawn from every state of life in the Church; some of the most insightful testimonies, Msgr. Oder told me, have come from lay people.

Meanwhile, every day, some twenty thousand people come to the grottos of St. Peter’s Basilica to pray at the tomb of the man many of them think of as John Paul the Great. They have no doubt that he is in the Father’s house, and they believe in his power of intercession. Knowing that, they — and the rest of us — can be patient with the process, which seems to be proceeding with the deliberate speed appropriate to such a worthy cause.