When John Paul II was hospitalized in February, evangelist Billy Graham praised John Paul as the greatest Christian witness of the second half of the 20th century. It was a generous comment from a man whom some might consider a contender for the title he bestowed on the pope – and it captured the truth of John Paul II’s life in a singular way.

For whatever else he was – priest and bishop, teacher and author, intellectual and athlete, mystic and media star – Karol Wojtyla, whom the world knew after 1978 as John Paul II, was first and foremost a radically committed Christian disciple. Everything else he did was an expression of his Christian conviction.

To the hundreds of millions of people around the world who revered him, he seemed a remarkably integrated personality; his faith was the bright cord that bound every other facet of his life and personality together. In a conversation in 1996, John Paul said to me, with reference to other biographers, “They try to understand me from outside. But I can only be understood from inside.” He was a man who knew himself well.

John Paul II in fact deployed formidable political and diplomatic skills in navigating the church – and in helping to steer the Solidarity movement – throughout the tumultuous 1980s. Yet John Paul did his maximum damage to the communist position in central and eastern Europe, not by diplomacy, but by his preaching and teaching during nine remarkable days in June 1979: the days of his first pilgrimage home to Poland as pope, days on which the history of the 20th century pivoted.

During those nine days John Paul never mentioned communism once; nor did he debate politics and economics. Rather, by reminding his countrymen time and again of the millennium-long links between Christian faith and Polish nationhood, he gave back to his fellow-Poles their authentic history and culture – he gave them back themselves. In doing so, he ignited a revolution of conscience that eventually gave birth to the nonviolent political revolution of 1989 and the end of European communism. And he did it because he believed, with intense faith, that the word of truth could liberate men and women in the deepest meaning of liberation.

This profound Christian faith shaped the other enduring accomplishments of John Paul II. He could renew the papacy as a pastoral and evangelical office because of his conviction that, in telling the apostle Peter to “strengthen your brethren,” Christ was speaking to all of Peter’s successors, the bishops of Rome.

He could extend a fraternal hand to other Christian communions, inviting Protestants and the Orthodox Churches of the East to help him think through a papacy that would serve their needs, because of his unshakeable conviction that Christ willed his Church to be one. He could re-cast Catholic-Jewish relations, opening avenues of dialogue that had been closed for more than 1,900 years, because of his firm belief that God always keeps his promises, including his promises to the children of Abraham.

He could engage leaders of other world religions, as well as scientific atheists and agnostic philosophers, because his rock-solid Christian faith taught him that all truths, from whatever source, point toward the one Truth, who is God. He could keep the life issues of abortion and euthanasia squarely on the public agenda because he knew, as a radical Christian disciple, that everyone, at every stage of life, is a someone for whom Christ had died.

In all of this, John Paul II helped forge a more self-confident Catholicism for the 21st century, testing the possibilities of presenting ancient truths in a thoroughly contemporary way while, at the same time, encouraging the passionate and traditional faith of tens of millions of new Catholics in Africa and Asia.

Today it’s hard to remember just how demoralized the Catholic world was in 1978, when John Paul was elected. Within months of his clarion call to courage at his installation Mass – “Be not afraid! Open the doors to Christ!” – a new vitality seemed to surge through the church throughout the world. That vitality was perhaps most evident, over the next quarter-century, in what became one of the signature events of his pontificate: the World Youth Days that gathered millions of teenagers and young adults in venues ranging from Buenos Aires, Denver and Toronto to Paris and Rome.

Who would have thought, in 1978, that a pope could become a magnet for the young? Yet this pope did, precisely because the young found the intensity of his faith and his challenge to heroic virtue compelling.

The Catholic Church will be living under the influence of the man some are already calling John Paul the Great for a very long time. So will the world, which has seen, in him, the capacity of faith to move mountains – to change what seemed unchangeable and to stir the ardor of commitment and courage in what seemed cold and frightened hearts. 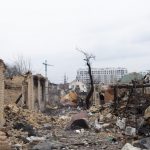