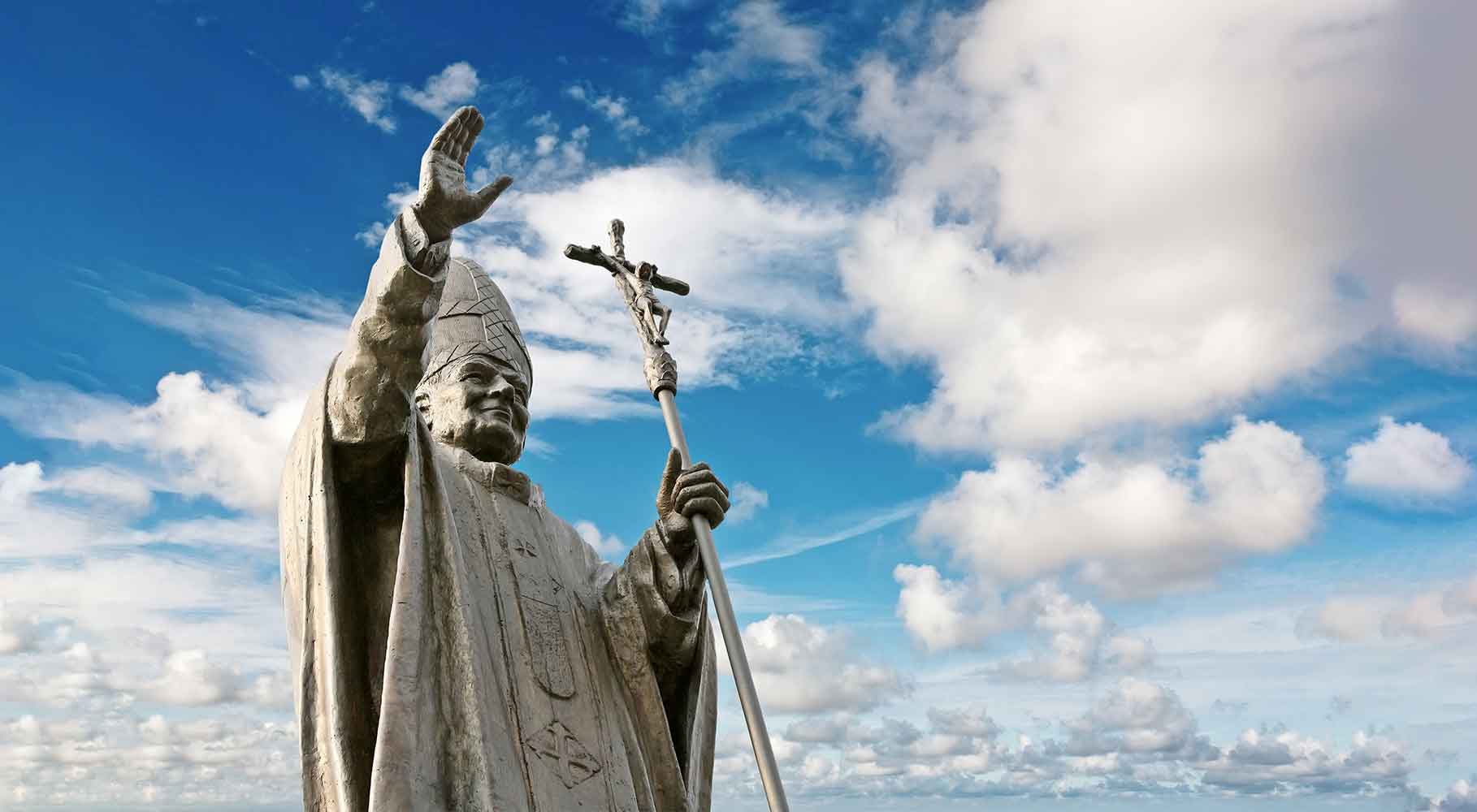 Interview: George Weigel on What Poland Can Teach the U.S.

In about three weeks, Pope Francis will head to Krakow for World Youth Day, a biannual event begun by John Paul II for the youth of the world. It’s always an event infused with a sense of home, drawing young Catholic pilgrims from around the world. This year, it takes on additional significance with the pontiff visiting sites where freedom triumphed in contemporary times and where his predecessor, now included among the recognized saints of the Church, demonstrated courage and leadership during a time of tremendous evil and oppression.

The programming will be aimed at helping the assembled pilgrims find their vocations and understand the fullness of freedom for their lives and the communities to which they will return. For all of the West, it can be a reminder of the witness of courage in our time — both in recent decades and in the world today, among the persecuted. George Weigel, who wrote about John Paul II, has a new book, City of Saints, on Krakow, and talks a bit about the importance of the city and what will happen there later this month. – KJL

KATHRYN JEAN LOPEZ: What was Krakow like in the 20th century? Why is that relevant today? We’ve got a disaster of a presidential election and many other things to concern ourselves with.

GEORGE WEIGEL: Krakow experienced the worst of the 20th century — Nazism and communism — as well as the answer to that lethal awfulness, which is the divine mercy envisioned by Saint Faustina and proclaimed to the world by John Paul II. John Paul was able to resist the “tyranny of the possible” — things just are the way they are and there’s nothing you can do about it — because of his confidence in God’s providential guidance of history and his faith in the power of truth to cut through the impermeable and the impossible. We could do with some of that faith-inspired and morally driven truth-telling today, not least in this election cycle.

LOPEZ: In what ways was John Paul II’s father his early spiritual guide?

WEIGEL: John Paul called his widower-father’s example of manliness and prayer “my first seminary,” which rather says it all.

LOPEZ: Why is Pope Francis going there now? Is there some message he is driving by his very action of going there?

My hope is that it challenges all of those attending WYD to never, ever lower the bar of expectation that they hold up for themselves, but to aim high — knowing that we all fail and should then seek reconciliation and forgiveness. But don’t lower the bar. That was John Paul II’s challenging message to young people; it was why they loved him, and it had an electrifying effect.

LOPEZ: Pope Francis, as you note, has referred to John Paul II as the “pope of the family.” How can we better unpack this legacy to help the renewal of the traditional family during these confusing times?

WEIGEL: The times aren’t so much confused as people are confused, not least because of false notions of tolerance and fairness that boil down to “Well, whatever.” People of faith must re-learn how to talk about the family by living genuine family life in such a compelling way that it attracts the attention of all those confused souls who imagine that a “marriage” is any configuration of adults sharing body-parts and tax benefits and a “family” is anything we want it to mean.

LOPEZ: What can Poland uniquely teach us about religious liberty?

WEIGEL: That as bad as we may think we have it here — and things are going to get worse — what we face is nothing compared with what they faced. And they won.

Christians are the most persecuted religious group in the early twenty-first century world, and that persecution is largely, although not exclusively, at the hands of radical Islamists and jihadists. This twenty-first century persecution, in turn, comes hard on the heels of the greatest century of persecution in Christian history. . . . Yet this omnipresence of martyrdom in the life of the contemporary Church barely registers on the consciousness of most Catholics in the West.

Why is that? How can World Youth Day help?

WEIGEL: World Youth Day in Toronto in 2002 lifted up the example of young martyrs. I don’t think that will be so much the case in Krakow, where the focus will be on St. John Paul II and St. Faustina, but it would help if all the main masses at WYD-2016 included intercessory prayers for the persecuted Church, if the pope stressed this crisis (especially in the Middle East) in his remarks, and if the bishop-catechists reminded their young audiences that persecution is likely to be the lot of any serious Christian in those parts of the world increasingly dominated by the dictatorship of relativism.

LOPEZ: Could we westerners afford to know St. Stanislaw — the “Polish Becket” — better?

WEIGEL: Poles would rightly say that Becket was the “Polish Stanislaw,” as the Pole came a hundred years before. In both cases, the bishop-martyrs demonstrated with their lives that religious freedom is the first of civil rights because it establishes the limits beyond which the state can’t go. That’s a lesson they need to learn at the Department of Justice and the Department of Health and Human Services — and in both the Clinton and Trump campaigns.

LOPEZ: How is World Youth Day more than a summer vacation with Masses? Why does it matter?

WEIGEL: It’s a religiously grounded experience of solidarity, and — as we know from the 1980s — from experiences of solidarity, previously unimaginable and seemingly impossible things can be made to happen.

LOPEZ: People have said to me things like “It’s clear Pope Francis has no love for or use for John Paul II.” Might people find themselves surprised this summer?

WEIGEL: World Youth Day was John Paul I’s idea, against the skepticism of the Curia and many bishops. Divine mercy was the great theme of the last five years of John Paul II’s pontificate. Francis will be walking in John Paul II’s shoes.

LOPEZ: In a year Pope Francis has set aside for an uptick on devotion to mercy, how can this St. Maria Faustina Kowalska become more accessible to Americans? Would any of us really know about her if we had not wound up with a Polish pope?

WEIGEL: The divine mercy devotion of which Faustina was the “vehicle” was already spreading throughout the Church before there was a Polish pope. It’s a devotion that meets the obvious need that people feel today for a lifting of the burden of guilt that lays over the world and over culture like a thick, choking fog. John Paul II “extended’ the devotion because he understood that this was what the world needed, pastorally, at this moment in history.

LOPEZ: How can we all — not only priests — learn from John Paul II’s pastoral approach of “accompaniment”?

WEIGEL: By being good listeners who learn how to encourage others to aim high without crushing the spirit of the burdened.

LOPEZ: What is the “Christian humanism and . . . humanistic dimension of” John Paul II’s soul we might benefit from today?

WEIGEL: Confidence in the human capacity to know the truth of things and to act on that truth through good decisions was at the heart of John Paul II’s Christian humanism, and it’s exactly what post-modern skepticism and relativism deny. To encounter John Paul’s Christian humanism is to be lifted up, not cast down into the sandbox of solipsism.

LOPEZ: What made him so effective a diocesan bishop?

WEIGEL: He knew his people, their history, their trials, and their aspirations; he knew what he could and couldn’t do; he wasn’t afraid to ask for help; and he wasn’t afraid of offending power.

LOPEZ: What was it of the Rhapsodic Theater that was so important? Do we need something similar today?

WEIGEL: In terms of John Paul II’s life, the Rhapsodic Theater gave him an experience of the word of truth cutting through the static of a world of lies. You didn’t have to raise your voice, rant, send nasty tweets (if such existed then), or pretend to laugh with a kind of weird cackle to do that; you just had to articulate the truth clearly and winsomely. We could do with a good dose of calm truth-telling these days.

— George Weigel is the Distinguished Senior Fellow at the Ethics and Public Policy Center. Kathryn Jean Lopez is a senior fellow at the National Review Institute and editor-at-large of NRO. She is co-author of the updated How to Defend the Faith without Raising Your Voice.

This article was originally published on National Review Online
http://www.nationalreview.com/article/437545/city-saints-george-weigel-interview 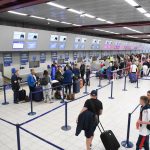