In Rome, the Revival of a Lent Pilgrimage

One of the more striking facts of the past century is the global rediscovery of religious pilgrimages. Millions of Muslims now make the Hajj to Mecca. Jews, who can pray at the Western Wall of Herod’s Temple for the first time in centuries, “go up” to Jerusalem from all over the world. Tens of millions of Hindus take part in the Kumbh Mela, a pilgrimage to India’s sacred rivers. Catholics beyond counting come annually to the great Mexican pilgrimage site of Guadalupe. Even in religiously sclerotic Europe, tens of thousands annually walk El Camino, the ancient pilgrimage routes to Santiago de Compostela that helped to make “Europe” out of a gaggle of tribes.

On March 5, Ash Wednesday, hundreds of residents of Rome will begin a six-and-a-half-week long pilgrimage to the Roman station churches of Lent—a tradition that began in the earliest days of legalized Christianity but, until recently, had lain fallow.

In the fourth and fifth centuries, as Christianity emerged from its often underground existence, the bishop of Rome, the pope, began to celebrate his daily Mass during Lent at a local church, often built atop the home of an early Christian martyr. The pope, with his clergy and choir, would meet the Christians of Rome in the late afternoon at an appointed gathering place, a church called the collecta; then a great procession would wind its way through the city to the designated statio, the “station church” of the day, where Mass was celebrated and the day’s fast broken by a communal meal. Eventually, a “station church” was designated for every day from Ash Wednesday until the Sunday after Easter.

The Roman station church pilgrimage began to die out by stages in the first centuries of the second millennium, and it effectively ceased to exist when the papacy moved to Avignon in 1305. Though the ancient tradition of the pilgrimage remained in the deep recesses of Catholic memory, it was revived only in the mid-1970s by American seminarians and student-priests from the Pontifical North American College, the American seminary in Rome.

Small groups of young Americans would leave the college, atop the Janiculum Hill, and walk through the dark Roman streets to the Lenten station church of the day. By the mid-1990s, virtually the entire North American College contingent was participating in the pilgrimage. And in the new millennium, those seminarians and student-priests have been joined at the station church of the day by hundreds of other English-speakers from Rome’s universities, embassies and the Roman Curia. On Ash Wednesday, the first of the station churches, St. Sabina on the Aventine Hill, will be full at 7 a.m. as participants begin a journey that will take them all over Rome in the following month and a half.

In the form revived by the North American College, the Lenten pilgrimage is a splendid way to learn the Eternal City. Holding Mass at 7 a.m. ensures that station church walkers (and the pilgrimage really is best made on foot) have the city largely to themselves: free of traffic, with layer upon layer of Western history laid bare absent the din of motorini and the distractions of the locals’ singular way of driving.

Along the station church way, one walks the funky streets of Trastevere, crosses the high Baroque Piazza Navona, breathes the aromas of the spice stalls on the Campo dei Fiori, skirts the ruins of the Circus Maximus. One day, you climb the Aventine Hill, with its splendid views of the entire city; two days later, on the slope of the Caelian Hill, you gaze into the ruins of the Palatine Hill, the Belgravia or Park Avenue of the days of Augustus Caesar.

The route takes the pilgrim past sites that jog the cultural and historical memory: the Forum, where Cicero and others defended the superiority of the rule of law over the rule of force or imperial whim; the Colosseum, reminder of the perennial human fondness for sport and the equally enduring human temptation to cruelty; the convents and churches and schools where Martin Luther and John Henry Newman pondered Rome’s place in the Christian scheme of things; the Piazza Venezia, once the terminus of Caesar’s triumphal march after crossing the Rubicon, later the site of the antics of a faux caesar, Mussolini.

The station churches themselves, especially those off the tourist track, often astonish. The apse mosaic in the Basilica of Sts. Cosmas and Damian is a startling sixth-century anticipation of 20th-century art deco. The little church of St. Praxedes, hidden behind the vast basilica of St. Mary Major atop the Esquiline Hill, contains the golden mosaic St. Zeno Chapel, one of the most beautiful rooms on the planet.

Amid the world’s continuous wayfaring, the Roman station church pilgrimage has a unique character, combining history, art, architecture and the human quest for truth. Built on the foundation of martyrs’ homes, it is a reminder that religious freedom is never cost-free. And its revival by Americans, who lead it today, is a fine act of gratitude from the New World to the Old.

George Weigel is Distinguished Senior Fellow of the Ethics and Public Policy Center in Washington, D.C. and holds EPPC’s William E. Simon Chair in Catholic Studies. He is the author, with Elizabeth Lev and Stephen Weigel, of “Roman Pilgrimage: The Station Churches” (Basic Books). 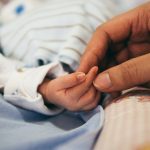