A lot of press coverage of Archbishop William Levada’s nomination as prefect of the Congregation for the Doctrine of the Faith [CDF] revisited some old shibboleths about “watchdogs reining in dissidents,” as if “the doctrine of the faith” were a political platform and the prefect of CDF a party whip, hustling wavering legislators into line with threats of retribution. Which might make a degree of sense, if you think of Catholicism as simply another life-style choice with no more tether to the truth than any other hobby.

If, however, the Catholic Church is what it claims to be – the earthen vessel containing the truth of the world – then “doctrine,” the boundary that distinguishes authentic Catholicism from counterfeit Catholicism, is something entirely different. Doctrine, in a truly Catholic understanding of the term, is liberating, not confining.

First, the Bible. There will be no new books added to the Bible. The canon of Scripture is closed; that’s a matter of doctrine. But does that make Scripture a dead letter? No. The doctrine that the Bible is this set of books, period, insures that the Word of God can be received intact by every new generation of believers, inviting them to a fresh engagement with God’s revelation in written form.

The Church’s sevenfold sacramental system is another matter of doctrine: these seven sacraments, the Church teaches, are the sacraments in a way that other acts of worship are not. Does that teaching make baptism, confirmation, the Eucharist, the sacrament of reconciliation, holy orders, matrimony, and the anointing of the sick empty rituals, performed simply because others did these things before us? No. The givenness of the sacramental system – the fact that we don’t have to make this up – teaches every generation of Christians a seminal truth: just beyond the ordinary – bread and wine; water, salt, and oil; marital love and fidelity – lies the extraordinary reality of God’s passionate love for the world, manifest in the life, death, and resurrection of Jesus Christ, whom we meet in the sacraments.

Some (including some Catholics) find it odd that the Catholic Church should have an office dedicated to the integrity of its tradition. Perhaps they might look at the situation of Christian communities that have no such offices, communities whose boundaries are so porous that it’s hard to tell who’s in and who’s out – or even what “in” and “out” mean. More to the point, though, concerns about an office of vigilance and encouragement that calls theologians to a faithful and creative exploration of “the tradition” misses the distinctively Catholic meaning of “tradition.”

Latin helps here. “Tradition,” our translation of the Latin traditio, comes from the verb tradere, which means “to hand over” or “hand on,” as in a patrimony. As the Catholic Church understands it, this “handing on” begins, not with us, but within the Holy Trinity itself: for the Trinity is a communion of complete giving-and-receiving. That radical self-giving entered history in Jesus of Nazareth and continues in the life of the Church, which is his mystical body, through the power of the Holy Spirit. That is why tradition is the living faith of those who have died. And that is why “tradition” must be distinguished from forms of traditionalism which bespeak the dead faith of the living. 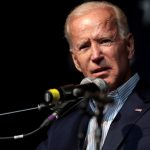 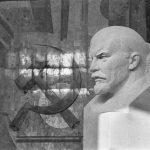