Less than 72 hours after Ukrainian president Viktor Yanukovych seemed to back off from his Ministry of Culture’s threat to decertify the Ukrainian Greek Catholic Church and put this largest of the Eastern Catholic Churches in legal limbo, the Yanukovych-controlled Ukrainian parliament, on January 16, rammed through eleven new laws aimed at curbing, and eventually crushing, the EuroMaidan civic-renewal movement, muzzling its calls for political and economic reform by constraining the movement’s exercise of basic civil liberties.

Within hours of the parliamentary farce in the Ukrainian Rada on January 16, both the European Union’s ambassador to Ukraine, Jan Tombinski, and the U.S. ambassador to Kiev, Geoffrey Pyatt, publicly raised sharp questions about the procedural deficiencies by which these laws were summarily adopted. But while there is no question that parliamentary procedure was, to put it gently, stretched beyond the breaking point in order to pass the new laws, what ought to be of deepest concern to supporters of Ukraine’s courageous efforts at civic self-renewal is the legislation’s substance. For were these laws to be signed by President Yanukoych and then implemented, the net effort would be to hollow out Ukrainian democracy by shredding the fabric of the new, vital, but still nascent Ukrainian civil society that has been aborning throughout the country in the various EuroMaidan protests.

In classic Stalinist fashion, with modifications adopted from Vladimir Putin’s efforts to reduce Russian civil-society associations to vassals of the Russian state, the new laws combine the sinister with the seemingly silly. As of January 16, five-car “columns” of cars are forbidden without explicit police permission. (Why? Because convoys have been organized to spread the EuroMaidan movement throughout Ukraine from its Kievan epicenter). As of January 16, parliamentary immunity may be revoked in the cases of what are deemed to be obstreperous opposition politicians, who would be subject to legal penalties for their dissent from the Yanukoych line. “Violations of peaceful assembly” (which would presumably include classic nonviolent resistance against the thugs of the security services) is now punishable by ten days under arrest. “Failure to comply with the legitimate demands” of the security services now gets you a major monetary fine. An entirely new legal ban on “blocking access to housing” will get you six years in prison.

“Slander” has been brought back into the Ukrainian criminal code, punishable by up to two years in prison. An anti-“rioting” law, clearly aimed at the EuroMaidans (which have been remarkably peaceful, despite violent provocations) carries a prison sentence of ten to 15 years. Three years in prison await those “gathering information” about the security services and regime-compliant judges. Churches are forbidden “extremist activities,” the nature of which is, of course, left to the discretion of the authoritarians. Internet and mobile-phone providers are now required to obtain equipment that records the activities of their clients and to make the information available to the police. And members of the Berkut, the “Golden Eagle” security services, are exempt from prosecution for assaults against EuroMaidan activists, some of which have involved bludgeoning activists into unconsciousness. Yet wearing a helmet during a protest is now illegal.

Following recent Russian precedents, one of the new laws “against extremism” also attempts to cut civil-society activists and their organizations off from their Western allies:

A civic association functioning as a foreign agent is [any] civic association that receives monetary funds or in-kind donations for its activities from foreign states, their state institutions [organs], non-governmental organizations of other states, international nongovernmental organizations, foreign citizens, persons without citizenship or their representatives who receive monetary funds or other in-kind materials from the mentioned sources, or who participate in political activity on the territory of Ukraine, also in the interest of foreign states.

The language may be a bit baroque, but the intent is clear enough: Any Ukrainian civil-society organization that accepts funds for civil-society or pro-democracy work from, say, the U.S. National Endowment for Democracy (full disclosure: I serve on the NED board), the European Endowment for Democracy, the AFL-CIO’s Solidarity Center, the U.S. Chamber of Commerce’s Center for International Private Enterprise, or the American political parties’ international institutes will be considered a “foreign agent.” It must identify itself as “as a civil association performing the functions of a foreign agent.” It must submit monthly financial and program reports to the state, and it must now pay income taxes.

As for “political activity on the territory of Ukraine,” well, one can only imagine what a regime capable of passing such a law would consider as falling under that rubric. Take, for example, the Chicago-based Ukrainian Catholic Educational Foundation, a U.S.-based charity established to support the work of the Ukrainian Catholic University in Lviv, whose students and faculty have been deeply involved in both education for long-term civic renewal and the recent EuroMaidan protests. Should these new laws be signed and enforced, the only Catholic institution of higher learning in the former Soviet space, and one of the most admired institutions in Ukraine, could be considered a “foreign agent” because it held a public seminar on the moral-cultural foundations of democracy (an obviously “political activity” according to the lights of those who wrote these new laws) with funds provided by a foundation in Chicago.

Throughout the weeks of the EuroMaidan protsts, Ukrainian president Yanukovych has not indicated any willingness to compromise with reformers. Annoyed by the persistence of the people of the EuroMaidans, he seems now to have adopted the anti–civil society tactics pioneered by Vladimir Putin, the neo-czar who is providing something of a financial lifeline to the economically strapped Ukrainian government, thereby advancing his project of reconstituting the old Soviet space de facto if not de iure. Yanukovych, for his part, is interested in one thing: power, and maintaining it beyond the March 2015 Ukrainian presidential elections. Fearful that if he loses next year he will end up in prison (if he stays in the country), he and his parliamentary satraps evidently used the long Ukrainian Christmas season, which with its New Calendar and Old Calendar celebrations runs well into January, to prepare the legislative package that was muscled through the Rada on January 16.

One might, conceivably, argue that this is all an elaborate feint: that Yanukoych is trying to dismantle the EuroMaidan movement through the threats posed by the new laws, which he will either delay in signing or, after signing, not enforce. But that would be to take too sanguine a view. Like Putin, Yanukovych knows that there is a serious downside to massive public brutality in handling the dissidents of nascent civil society: In a world of iPhones and social media, such brutalities are now made transparent, often in real time, throughout the world. A few skulls cracked may get some off the EuroMaidans. But the long-term strategy of the New Authoritarians, in Ukraine as in Russia, is to strangle nascent civil societies in their cradles, using draconian regulations supported by prosecutorial power, all of it masquerading as the rule of law and the defense of national sovereignty against “foreign agents.”

In these circumstances, protesting violations of parliamentary procedure, while welcome, is insufficient. Unless serious political counter-pressure is applied from Washington and (if such may be imagined) from Brussels, the civic-reform movement in Ukraine will, over time, be cut off from its supporters around the world and Ukrainian democracy will be hollowed out, leaving behind a dry and rotting shell of democratic formality in a country ruled by political thugs and their oligarchic allies.

This article was originally published on National Review Online
http://www.nationalreview.com/article/368669/gutting-democracy-ukraine-george-weigel

PrevWhat Popes Can and Can’t Do
Grim News from UkraineNext 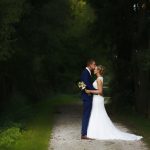