CRACOW. We’ve been doing this for seventeen years now, my colleagues and I — running an intensive, three-week, Cracow-based  immersion course in Catholic social doctrine, centered on John Paul II’s 1991 encyclical, Centesimus Annus. It’s been different this year, of course, what with Father Richard John Neuhaus, a key faculty member, having died in January and yet another stalwart of years past, Michael Novak, unable to join us. We’ve brought two of our priest-alumni back as faculty members, though, and they’ve been splendid. From my personal point of view, perhaps the biggest change over almost two decades is that the onetime Kid — me — is now the Old Man. Time flies, indeed.

Our students this year — thirty-one men and women, generally in their mid-twenties,  from the United States, Poland, Germany, Ukraine, Belarus, Croatia, Romania, Hungary, Georgia, Slovakia, and Lithuania — are among the best we’ve ever had. Yet things on that front are also different than they were when the Tertio Millennio Seminar on the Free Society began in 1992.

Virtually none of our European students have any detailed memory of life under communism. Indeed, more than one of them has asked me what to read in order to understand what the world of their parents was like. Perhaps even more surpisingly for young people of intense Catholic faith, few of them know much of the heroic narrative of the Church’s resistance to communist oppression. They don’t know the stories of the confessors of the 1950s, men like Cardinals Stefan Wyszynski, Jozsef Mindszenty, Josef Beran, Iosyf Slipyi, or Alojzije Stepinac. But what was really stunning was to find intelligent Catholic young people from central and eastern Europe who didn’t know the story of Father Jerzy Popieluszko, the martyr-priest of the Solidarity movement.

What these young people do know, however, is that they are coming to Catholic maturity in a Europe increasingly hostile to public manifestations of Catholic faith. When the Tertio Millennio Seminar started in 1992, our debates were about church-state law, democratic theory, and the structure of the free economy; now, they’re about the nature of marriage, the challenge of biotechnology, the life issues, Islam, and an aggressive secularism that tries to keep religiously informed moral argument out of the European public square. The Church in this part of the world has yet to find its public “voice,” twenty years after the Wall came down; one goal of the seminar is to help shape a lay leadership in these new democracies that can develop the voice of religiously informed public moral argument. The task is a huge one.

For all the change, though, there are also the constants. It’s a wonderful thing to introduce young Catholic men and women to the places where Karol Wojtyla, the future John Paul II, was a young man, asking many of the same questions about life and vocation that they ask. It’s always an eye-opener for young adults from outside Poland to come here and experience what remains, despite enormous challenges, a more intact Catholic culture than exists perhaps anywhere else in Europe. And then there is Cracow itself, a great city whose massive Market Square, the largest public space on the continent, is the physical embodiment of an ancient and honorable civic spirit of openness and dialogue among cultures and nations.

Cracow is also a city of saints, in which the history of sanctity encompasses almost a full millennium: from the martyr-bishop Stanislaus in the 11th century to the 14th century queen Jadwiga and on to such 20th century heroes of the faith as Faustyna Kowalska (apostle of divine mercy and first saint of the third millennium) and Albert Chmielowski (“God’s brother,” the avant-garde painter who became the servant and advocate of the destitute). We pray that their number will soon by joined by John Paul the Great and by his best lay friend, Jerzy Ciesielski, whose beatification cause is underway.

For, as our daily Mass together reminds our students, the best way to become a leader of the free and virtuous society of the future is to become the saints their Christian and human destiny calls them to be. 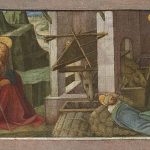