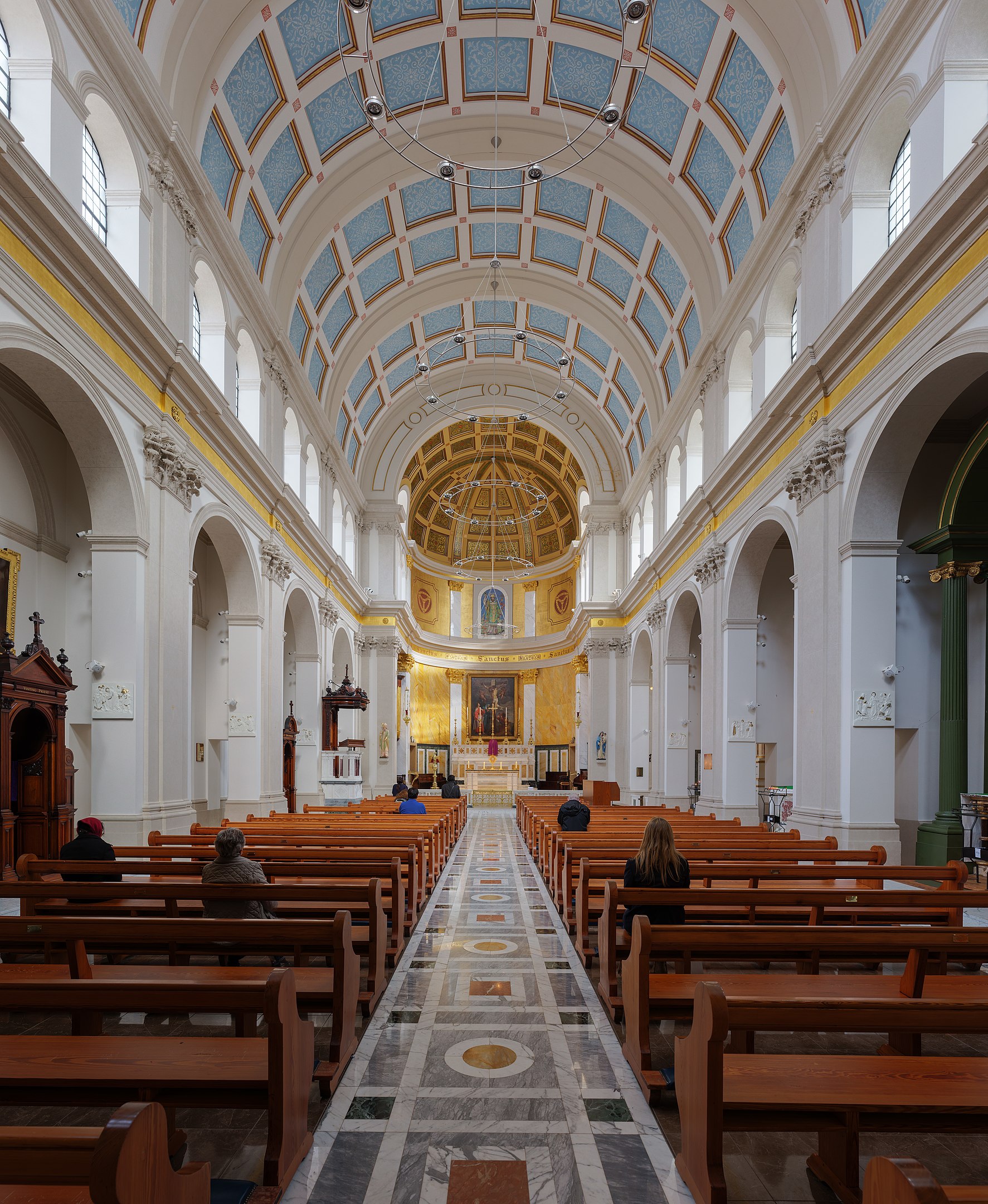 I’d heard about Father Alexander Sherbrooke long before we met in June 2011; Father Sherbrooke had been a mentor for young friends of mine who had worked at St. Patrick’s Church in London as pastoral assistants and catechists. When we finally got to know each other in person, I had that wonderful experience of knowing, almost instantly, that here was someone with whom I would remain in serious (but also rollicking) conversation—someone on whose friendship I could rely as spiritual ballast.

What Father Sherbrooke has done at St. Patrick’s in his 17 years as its pastor is little short of miraculous. Soho Square, where the parish is located, is in London’s West End, a thoroughly decadent part of the city that caters to every imaginable human appetite. The church’s roof was penetrated by a Luftwaffe bomb during World War II and the parish was in tough shape, pastorally and financially, when Father Sherbrooke arrived.

Then came the miracles of grace, channeled through constant prayer, hard work, pastoral imagination, and support from the pastor’s many friends and followers.

Today, St. Patrick’s is the thriving center of the New Evangelization in one of the unlikeliest neighborhoods of one of the world’s most diverse cities. Beautiful liturgy in a magnificently renovated church, adoration of the Blessed Sacrament, a prayer-line the afflicted can call for spiritual assistance, an extensive ministry to the poor, and a catechetical school that’s trained dozens of young Catholics for work in the trenches of 21st-century evangelization fill out an exceptional pastoral program—all of which is fueled by the parish’s intense Eucharistic and Marian piety.

I’ve been a frequent guest at St. Patrick’s over the past nine years (and had hoped to return in late May). On one occasion, I was permitted to pour the gravy at the Christmas dinner the parish hosts for those who would otherwise have no Christmas dinner. On another, I participated in an Advent procession through the streets of the West End: A statue of Our Lady of Walsingham was borne on the shoulders of parishioners, amazing those who came out of the local pubs and shops to see what was afoot (anyone who inquired was given a Miraculous Medal or a rosary, and a prayer card). There was little about St. Patrick’s, I thought, that could surprise me.

But Father Sherbrooke and his people have now outdone themselves.

The parish had long helped the homeless who depend on whatever they can beg from those going to toney West End restaurants, theaters, and pubs. With those venues shut down by the Wuhan virus, many were in desperate straits. So Father Sherbrooke and the parish stepped up, persuaded two well-regarded restaurants and the Pret-a-Manger chain to provide meals and sandwiches, and in recent weeks have been feeding over 200 people a day, some of them twice a day. Meals are served and lavatory and shower facilities are available in the church’s undercroft; the volunteers who staff this work of charity and solidarity take appropriate measures to ensure that St. Patrick’s doesn’t become a center for spreading infectious disease.

At the center of this striking example of Christian service is the Eucharist. Eucharistic adoration is celebrated on the sidewalk in front of the church, typically accompanied by the rosary. A prayerful reading of the Scriptures, the traditional lectio divina, is available for those who wish to participate; so is confession; both are conducted in special tents. Those who come to the church to be fed are also offered spiritual sustenance in a printed weekly program that includes suggestions on how to pray, biblical readings, and simple meditations. Evangelization and catechesis are thus wedded to service of the poor.

The glue that binds it all together is the deep Catholic conviction and intense spiritual life of Father Sherbrooke, which inspires a generosity of spirit and a passion for mission in others. At St. Patrick’s in Soho Square, truth and mercy meet, as they’ve met in the lives of Father Sherbrooke, his parish staff, and the volunteers. There is something quite biblical about this, as those who’ve been reading the Acts of the Apostles with the Church during this strangest of Eastertides will recognize.

PrevThe Anatomy of a Pathology
The Vatican’s Choice: Jimmy Lai or XI Jinping?Next

After Twenty Years: A Jesuit Self-Critique