Ten years ago, on the evening of December 6, 1995, John Paul II changed my life.

In May of that year, I had begun talking with his press spokesman, Joaquin Navarro-Valls, about the necessity of a reliable papal biography – and the possibility that I might take on such a project. Over dinner on December 6, and after Father Richard John Neuhaus had raised the point, it was John Paul himself who made it rather vigorously clear that he thought I should write the story of his life and pontificate. He thus set me off on the ten-year adventure that has continued beyond Witness to Hope to the recently-published God’s Choice, which tells the story of John Paul’s death and the election of Joseph Ratzinger as his successor.

“What struck you most about John Paul II?” is a question I’ve been asked innumerable times. Every year, Christmastime reminds me of the late pope’s profound faith in the Incarnation. Karol Wojtyla loved the Christmas season and made it last as long as possible – according to Polish custom, the decorations stayed up and the carols were sung right through to February 2, the liturgical feast of the Presentation of the Child Jesus in the Temple. This affection for Christmas was far more than ethnic habit, though. It grew from John Paul’s deep-set conviction that in the birth of Christ we meet, in the flesh, the exaggerated infinity of God’s love.

Creation displays the boundlessness of that love – that’s what Christians see, that’s the “design” we perceive, when we look at the natural world. The Incarnation both confirms and takes us far beyond that perception: here, in the child born to Mary of Nazareth, we see the measureless love of God in the flesh, as one of us. Like the Magi, we come to understand that God’s love is not just (just!) infinite; its infinity is exaggerated, spilling beyond the Infinite to embrace the finite, so that what is flesh and finitude is drawn up into the infinite life of Love itself. It’s because of the manger that we can say, with the apostle John, “God is Love.”

Like John Paul II’s, Benedict XVI’s pontificate will be Christ-centered. Pope Benedict may stress the “scandal” of the Incarnation – the “stumbling block” and “folly” that some find in the claim that the Creator God entered the world in the person of his Son, so that the Son, through his obedient death, might reconcile the world to Love itself. Yet Pope Benedict will also insist that this scandal, which has challenged humankind since St. Paul posed it to the Corinthians, is not a scandal against reason; the mystery of the Incarnation, and the scandal of the Cross to which the Incarnation inexorably points (as old Simeon will remind Mary on Candlemas), is beyond reason. It is not irrational; but the “reason” within the mystery and the scandal can only be grasped in an act of love.

Which is, after all, the Christian meaning of “mystery.” The mysteries of the faith are not puzzles to be solved, in the manner of P.D. James’s Adam Dalgliesh. The “mysteries” (as the early Church Fathers called the truths into which the newly-baptized were initiated) are truths beyond reason – like the truth of Christ’s real presence in the Holy Eucharist. And beyond reason is not, as some 21st century thinkers insist, the realm of the irrational; beyond reason, although not against reason, is the realm of love, in which, as St. Paul reminded those boisterous Corinthians, we know even as we are known.

That is the truth on which John Paul II staked his life. That is why every encounter of his papacy, from meetings with Ronald Reagan and Mikhail Gorbachev to an audience for the Italian Union of Hairdressers, was an expression of his commitment to invite everyone to St. Paul’s “more excellent way:” the way of divine love – a love of exaggerated infinity. That’s what I remember about John Paul II at Christmas. That’s the great message he took to the world – as his worthy successor now does in his turn, and in his distinctive way. 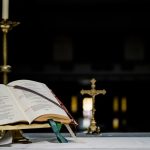 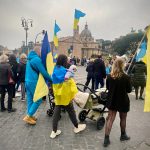 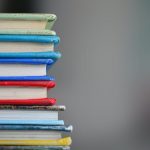 The Lay Reform of Church and World