The government of Slovakia fell in early February, when the governing coalition imploded after a fierce parliamentary debate over a report from the European Union’s “Network of Independent Experts on Fundamental Human Rights.” The report took exception to a provision in a proposed treaty between Slovakia and the Holy See, in which Slovakia agreed to protect in its law the right of a doctor not to perform abortions, if doing so violated his or her conscience. The E.U.’s network of “independent” human rights experts, slavishly conventional in its political correctness, sharply criticized the Slovak conscience-clause as a violation of the “fundamental human right” to abort an unborn child, which “right” evidently trumps all other rights, fundamental or otherwise. If a new Slovak government does not kow-tow to the E.U. mandarins in Brussels, political and economic recriminations against Slovakia may follow.

Then there is the European Parliament which, this past January 18, passed a “non-binding resolution” condemning states that do not provide for homosexual “marriage” in their law as “homophobic.” The Polish bishops’ conference issued a brisk reply, thanking the Euro-parliament for rejecting “discrimination, ridicule, and violence against persons with homosexual orientation,” but insisting that the resolution also “distorts the truth rooted in the nature of the person who was created as man and as woman.” The Euro-solons’ charge of “homophobia” against those who understand marriage to mean what marriage has meant for five millennia or more “is a serious threat to marriage and family life and to the entire order of social life in Europe.” The bishops concluded by calling on the European Parliament “to abstain from activities which bear the stamp of [a] dictatorship of relativism, putting at risk the freedom of conscience of the citizens of E.U. member states.”

Will pressure from Brussels and Strasbourg on Poland and Slovakia lead to a reexamination of the Vatican’s often enthusiastic embrace of the European Union? The present E.U. project grew out of the work of three great Catholic statesmen: France’s Robert Schuman, Italy’s Alcide de Gasperi, and Germany’s Konrad Adenauer. That distinguished triumvirate understood their work on Europe’s economic and political integration as an expression of their commitment to revitalizing the Christian civilization of Europe after the catastrophe that was the first half of the twentieth century. It is very hard, however, to find traces of that Christian vision of Europe in today’s E.U. On the contrary; incidents like those I just mentioned confirm the suspicion that the E.U. bureaucracy is determined to impose lifestyle libertinism on all of Europe in the name of fundamental human rights.

The Holy See, which has notably toughened its rhetoric about jihadist Islam in recent months, might well consider a similar toughening of commentary on the E.U. The Polish bishops’ reference to a “dictatorship of relativism” was not a passing nod to a now-famous phrase used by Pope Benedict XVI just prior to his election; it was an accurate description of what the Brussels bureaucracy and the Strasbourg parliament would like to achieve in Europe. And as Belgian journalist Paul Belien has pointed out, that means that two culture wars are underway in Europe today.

The antagonists in the first are radical Muslims who detest the West and are determined to impose Islamic taboos on western culture, by violent protest and other forms of coercion if necessary. The antagonists in the second are radical secularists, motivated by what the Jewish legal scholar Joseph Weiler has called “Christophobia;” they aim to eliminate the vestiges of Europe’s Christian culture from a post-Christian E.U. by demanding “gay marriage” in the name of equality, by restricting free speech in the name of civility, and by abrogating core aspects of religious freedom in the name of tolerance. The adjective “Orwellian” may not translate well into other European languages. But it’s the proper description of the inversion of values that’s afoot in the second of Europe’s culture wars.

And that might well compel a re-examination of the Vatican’s strategy toward Europe, in which the E.U. is imagined as a kind of platform for Europe’s re-evangelization. 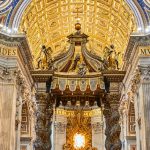 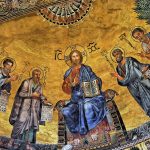