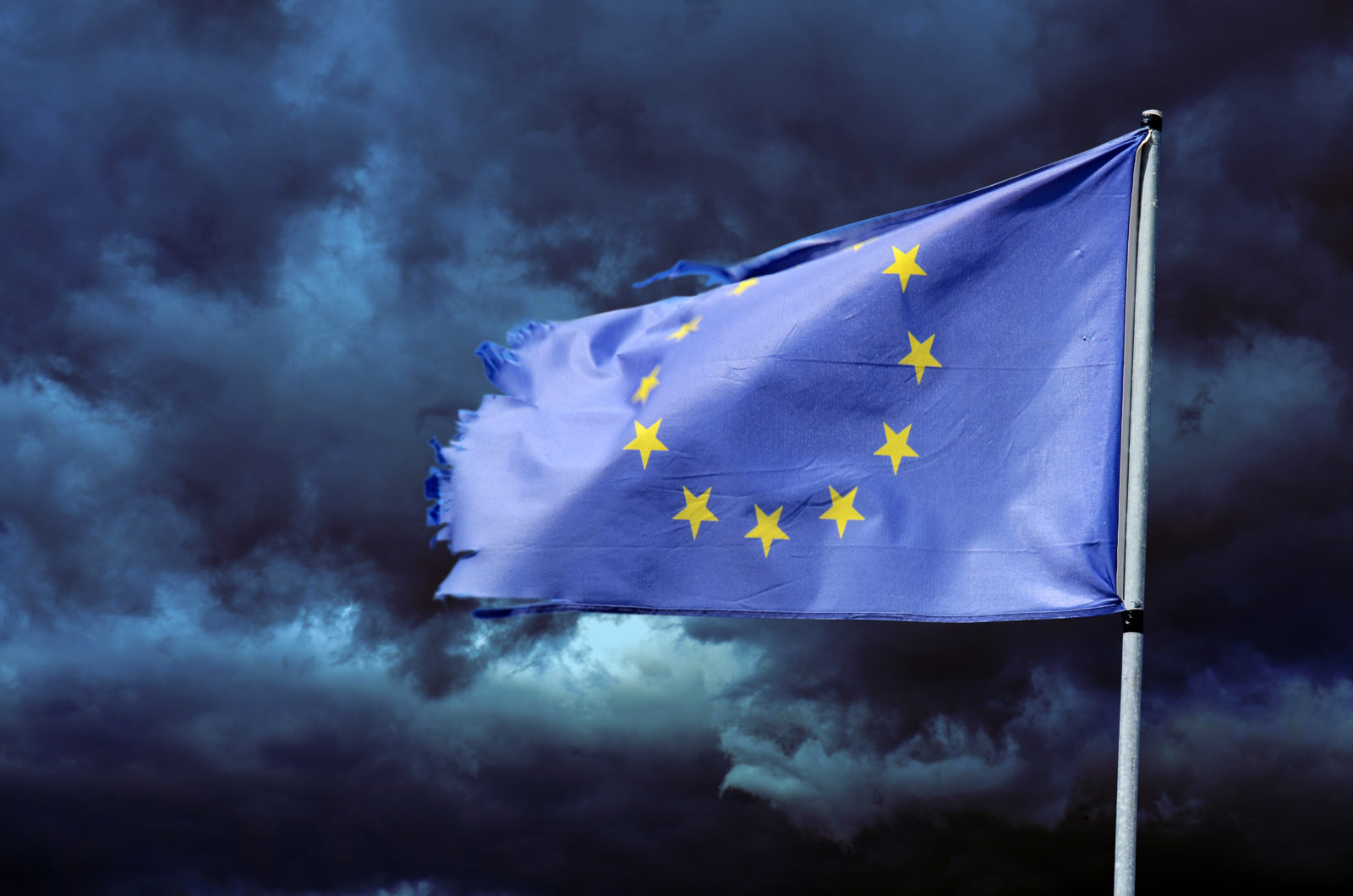 At a dinner party in Warsaw earlier this month, I listened to a dozen highly intelligent Poles with significant experience of public life discuss the current woes of the European Union. Like so many of their countrymen, these men and women had invested considerable hopes in the EU. Indeed, a decade ago, Poland’s accession to the European club, like its membership in NATO, seemed to fulfill the bright promise of the Revolution of 1989, for these new configurations of European politics signaled the end of Poland’s exile from its natural home in the West, which had begun with the German and Soviet invasions of 1939.

Yet it was clear to my dinner companions that something was wrong with the EU; Brexit and what it might portend was on everyone’s mind; and so the Poles spent 90 minutes belaboring the question of what was wrong with the way the European project was working these days. Then our host turned to me and asked whether I had any thoughts. I said I hoped no one would take offense if I said that I felt as if I’d been kibitzing a conversation in Geneva in 1936, in which experienced and sophisticated people spent an evening discussing how to make the machinery of the League of Nations work better. I understood their concerns about the sometimes creaky, sometimes overbearing machinery of European governance. But, I suggested, Europe’s deeper problems really hadn’t been broached that evening.

The following morning, at the inaugural conference of the new Foundation for Service to the Republic, held in the library of Warsaw University and attended by senior Polish political, cultural, and business figures, I had the opportunity to identify, in a brief presentation, what seemed to me the real threats to Europe in these first decades of the 21st century, beginning with the external environment and then moving “inwards.”

One. Vladimir Putin, the president/czar/dictator of Russia, has made unmistakably clear that he intends to reverse the verdict rendered by history in 1989 and 1991, reconstituting Stalin’s internal and external empires and reasserting Russia’s predominant influence on the Continent. That he masks this neo-imperial ambition in the guise of the bizarre ideology of “Eurasianism” — when he isn’t proclaiming himself, even more weirdly, the paladin of Christian civilization and “traditional” values — is of less consequence than the massive propaganda and disinformation campaigns he is currently conducting, in a new form of war against the West. That “Europe” has found no adequate – meaning effective – response to this aggression, even when it involved, in Crimea, the first violent reconstruction of a European border since 1945, is one very dangerous measure of Europe’s current incapacity.

Two. American indifference to Europe is at its highest level since the 1920s and 1930s — and everyone knows, or should know, how that spasm of isolationism turned out. The next president of the United States will take office amidst any number of grave dangers. Yet foreign-policy issues — including the challenges posed to the entire West by Europe’s sclerotic condition – were rarely debated in the 2016 presidential campaign, despite the fact that the Obama administration’s “lead from behind” approach to world affairs was, to put it gently, a comprehensive failure. This indifference is, to be sure, an American problem; but it is also a threat to Europe, which has become accustomed to getting help from across the Atlantic. That help is not coming in the foreseeable future.

Three. Postmodern high culture’s insouciance about the intellectual and moral foundations of the West has magnified a crisis of civilizational confidence throughout Europe. The false claim that the roots of democracy run no deeper in the cultural subsoil of Europe than the Enlightenment has hollowed out Europe’s understanding of its own worth, by ignoring the contributions made to the modern freedom project by Biblical religion, the ancient Greek confidence in reason, and the classical Roman conviction that the rule of law is superior to the rule of coercive force. A Europe unwilling or unable to give an account of why its idea of the human person and human community is superior to others on offer in the 21st-century world is unlikely to be able to defend itself against external threats, or to cope with those once-external threats that have become internal threats.

Four. The failure of the European Union’s leadership to respond to Brexit with anything other than disdain bespeaks an unwillingness to acknowledge the legitimacy of British concerns about the EU’s democracy deficit, which were one significant factor in the pro-Brexit vote. This woodenheadness bodes ill for the EU’s capacity to deal with its manifest and manifold deficiencies, and may make for more opt-outs in the future as the Brussels pot of gold is further depleted and what remains of the EU is a straitjacket of bureaucratic regulation, its laces kept tight by unaccountable courts and an unaccountable EU executive.

Five. Europe is now deep into demographic winter, with below-replacement-level total fertility rates the norm across the EU (and among its aspirants). Like other vacuums in nature, demographic vacuums don’t remain vacuums: They are filled, and what has been filling out the population of Europe in recent decades has created massive internal problems of immigrant assimilation, law enforcement, and social cohesion, none of which are being dealt with very successfully. Even more urgent, however, is the question that Europe’s deliberate infertility poses about Europe’s people: What is happening when an entire continent – wealthier, healthier, and more secure than ever before – fails to create the human future in the most elemental sense, by creating future generations? The least unkind description of such a situation is one of rampant selfishness; other, grimmer diagnoses might also apply.

Six. New forms of populism that seem to have forgotten the lessons of the mid 20th century have destabilized European democracies old and new. These developments mirror a disturbing lack of confidence in democracy, and an even more disturbing willingness to embrace various forms of authoritarianism, in the “millennial” generation throughout the West. The bloom of “1989” is clearly off the democratic rose, and the flowers taking its place in the garden of Western public life are thorny at best and poisonous at worst.

Seven. The rise of this new populism has been paralleled by an equally troubling phenomenon: the inability of many European elites to grasp the meaning of the enduring attachments to tradition (including religious tradition), family, and national community that have found an expression in populist insurgencies. Why have those aspirations attached themselves to such unworthy vehicles? There are many reasons, but surely one is that no other vehicle for expressing those convictions has been developed. There is in Europe virtually no Burkean liberal conservatism: a party of liberty that cherishes society’s small platoons, seeks to advance their well-being, grasps the meaning of the social-ethical principle of subsidiarity, and understands that the state exists to serve society, not the other way around. That “Burke gap” is one reason traditional convictions and values have attached themselves to the various new authoritarianisms evident throughout the Continent.

Eight. The internal threats may be summed up in what has been called the Böckenförde Dilemma, first articulated by the German legal theorist Ernst-Wolfgang Böckenförde in the mid 1970s: The modern, secular liberal-democratic state rests on a foundation of moral and cultural premises — on a fund of social capital — that it cannot itself generate. Put another way, it takes a certain kind of people, living certain virtues, to make the machinery of democratic self-governance work. So if Europe is suffering from various forms of a democracy deficit, that might well be because it is suffering from a more fundamental social-capital deficit, which is to say, from a moral-cultural deficit. The rest of the West, including the United States, is most certainly not immune to this deficit. But it seems more advanced in Europe, with more immediately visible consequences.

All of this does have a certain 1930s feel about it. If that low decade and its results are not to be replicated in the third decade of this century, the politically correct veto on discussing these eight threats to Europe must be ignored and thus rejected, and a lot more serious attention to these challenges is going to be required in Old and New Europe alike. At the moment, alas, there seems no European figure capable of igniting the kind of debate over its future that Europe needs.

This article was originally published on National Review Online
http://www.nationalreview.com/article/441123/europe-civilizational-confidence-crisis 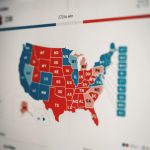 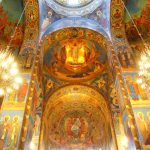 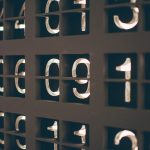