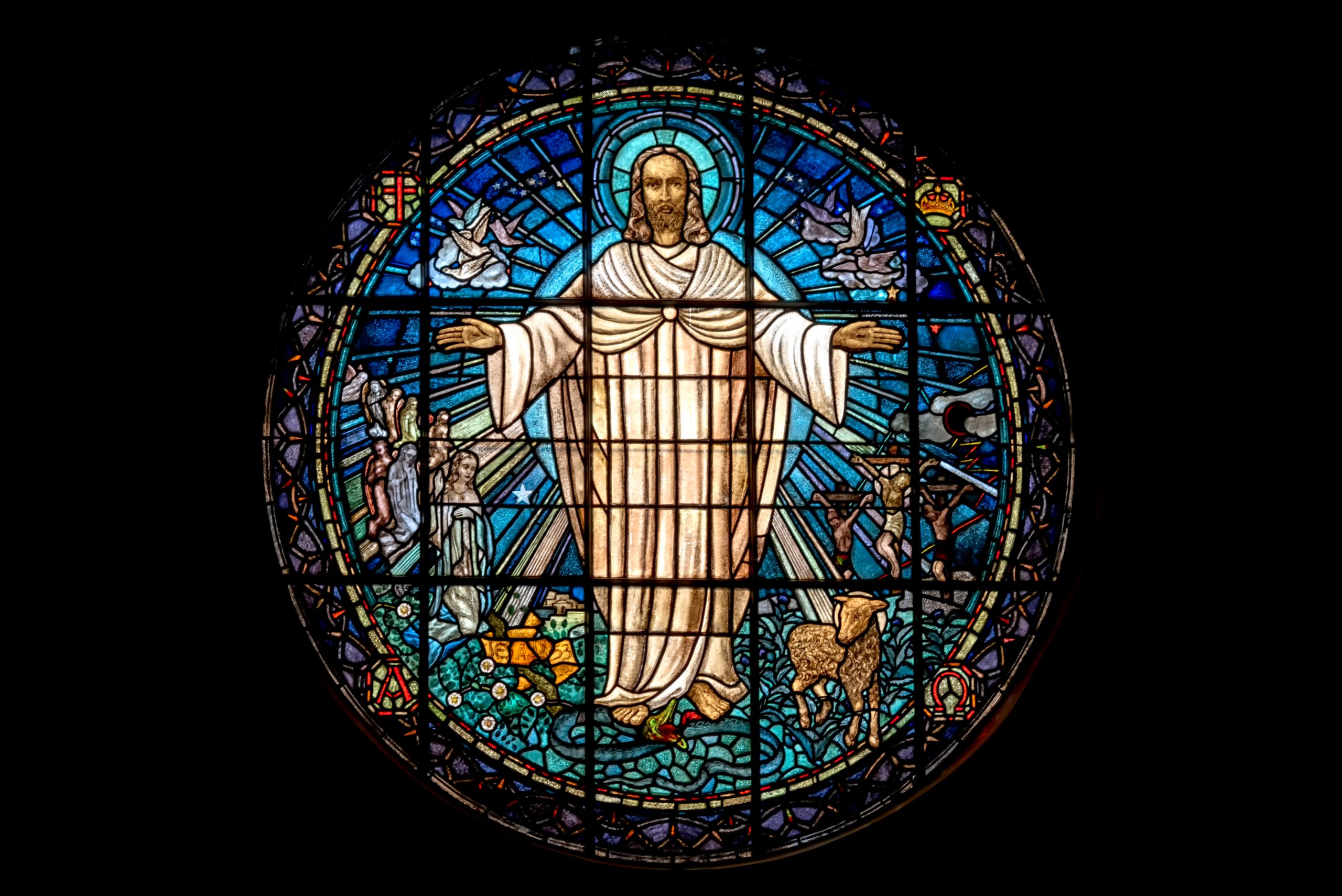 Galatians 1:15–18 is not your basic witness-to-the-Resurrection text. Yet St. Paul’s mini-spiritual autobiography helps us understand just how radically the experience of the Risen Lord changed the first disciples’ religious worldview, and why an evangelical imperative was built into that experience.

When he who had set me apart before I was born, and had called me through his grace, was pleased to reveal his Son to me, in order that I might preach him among the Gentiles, I did not confer with flesh and blood, nor did I go up to Jerusalem to those who were apostles before me, but I went away into Arabia; and again I returned to Damascus. Then after three years I went up to Jerusalem to visit Cephas and remained with him for fifteen days.

Note the sequence: Saul of Tarsus is stunned on the Damascus road by a revelation of the risen Lord Jesus Christ; after being baptized in Damascus, the new disciple disappears into the Arabian peninsula (for how long, he doesn’t say); he then returns to Damascus; and only then does he make the pilgrimage to the founding Church in Jerusalem to confer with Peter. Thus Paul’s first encounter with another apostolic witness to the Resurrection didn’t occur for years: at least three-plus (if the “three years” in verse 18 refer to both his Damascus and Arabian sojourns), and quite probably more.

What took him so long?

Paul’s snapshot of his early Christian life immediately follows his self-description as one who was “advanced in Judaism beyond many . . . among my people” and “extremely zealous for the traditions of my fathers” (Galatians 1:14). So it doesn’t torture the text of Galatians 1:15–18 to suggest that Paul spent those unaccounted-for years trying to figure things out. What did his undeniable—and shattering—meeting with the Risen One mean? How could this encounter fit within what a Jewish scholar would know as the pattern of redemption?

The Gospels record that it took the first Christian believers a while to understand what the Resurrection meant—their fears and incomprehension (Who is this? Is it a ghost?) bear witness to the unprecedented nature of the experience of the Risen One. Over time, though, Easter and the subsequent appearances of the Risen Lord worked profound changes in how these pious Jews thought and prayed. The Resurrection changed their idea of the Sabbath; they now celebrated the Lord’s Day on Sunday rather than Saturday. The experience of the Risen Lord changed their idea of what “resurrection” meant; this was not a resuscitated corpse but an utterly transformed body, recognizably human (he eats and drinks) but not limited by the normal boundaries of time and space (doors mean nothing to him). And the Resurrection changed their understanding of what time itself meant (the Kingdom Jesus proclaimed in his public ministry dramatically changed history at Easter, but “history” continued).

As a highly educated rabbi, Paul faced an even more complex problem: What did this unexpected Messiah, who died a shameful death but was raised to a new form of life, do to Israel’s messianic expectation, its sense of its story from the Exodus to the present, its self-concept as the Chosen People? The urgency of those questions suggests that Paul, in his wilderness years, was wrestling with the beginnings of Christian theology—stretching, but not abandoning, Israel’s messianic hope and the meaning of its mission to be a “light to the nations.” For Paul came to see, through his reflection and his ministry, that the redemptive promises God made to the Chosen People had been extended to all of humanity—the cutting from the “wild olive tree” of the Gentiles had been “grafted . . . into a cultivated olive tree,” Israel, such that a new messianic people had been formed (Romans 11:24).

And here was an evangelical imperative: What the Church learned from its experience of the Risen One, who changed both history and the cosmos, demanded to be shared. Easter faith is necessarily, not accidentally, missionary faith—two millennia ago for St. Paul; today, for all of us.