Ten years ago, they said it couldn’t be done: “they” being the U.S. Catholic establishment, “it” being the celebration of World Youth Day in Denver.

And while “they” were often fretting because of their crotchets about John Paul II, “they” also had more substantive reservations. Pilgrimage, “they” frequently said, just wasn’t an American habit; World Youth Day (WYD) had never been held in a city that wasn’t a traditional pilgrimage site; Denver, proud of its cutting-edge, high-tech secularity, wasn’t a historically Catholic city like previous WYD venues (Buenos Aires, Santiago de Compostela, Czestochowa). The sour taste of pastoral failure also underwrote this skepticism: bishops and Church bureaucrats had convinced themselves that North American kids just weren’t interested in what Catholicism offered. “They” thought it was going to be a disaster.

“They” were spectacularly wrong. Skeptics predicted that sixty thousand young people, at most, would show up. Ninety thousand shoe-horned themselves into Mile High Stadium for just one ceremony, welcoming John Paul on August 12, 2003. The helicopter pilot flying the Pope into the site said later that the turbulence caused by chants of “John Paul II, we love you!” was greater than anything he’d experienced since being under fire in Vietnam. Before the Pope said a word, Denver had crossed the threshold of cynicism, ecclesiastical and secular, and was on the pilgrims’ road to a remarkable transformation.

The Pope has frequently described WYD-1993 as one of the high points of his pontificate. It was John Paul who had insisted on holding such an event in North America, and John Paul who chose Denver over more traditionally Catholic sites. The Pope’s confidence in the ability of the Holy Spirit and the word of truth to rally youthful enthusiasm was shared by Denver’s archbishop, J. Francis Stafford (now a cardinal and president of the Pontifical Council for the Laity). Against no little opposition, Stafford courageously stuck to his conviction that World Youth Day could be a kairos, a moment of conversion, for his archdiocese and for the Church across America. He was right. WYD-1993 was precisely that, and Denver is arguably the most vibrant local Church in the country today.

Something similar happened in Toronto last year. Toronto is another self-consciously secular city, priding itself on a “tolerance” and “diversity” that often seem to have room for everything except culturally assertive Christian conviction. Yet on the night of July 26, 2002, Toronto saw something its secularist establishment hadn’t imagined possible: half a million young people making their way up University Avenue from the business district to the provincial parliament building, devoutly praying that ancient Christian devotion, the Way of the Cross. The Canadian Broadcasting Corporation estimated that as many as one billion people around the world shared that extraordinary moment, thanks to real-time television hook-ups to 160 countries. But I very much doubt if the impact anywhere was greater than in securely secular Toronto itself.

As had been the case with the U.S. Church bureaucracy and the Denver event, the Canadian Catholic establishment was never enthusiastic about hosting WYD-2002 in Toronto; much of its energy since the triumph of last July has been expended in complaining about a financial deficit. There has been no systematic national pastoral planning to capitalize on the momentum created during that exceptional week last summer. Some Canadian bishops have seized the opportunity to make their diocesan World Youth Day pilgrims the core of a revitalized local youth ministry. But they seem to be the exception.

Canada’s Catholic leadership is on the verge of losing a magnificent opportunity. But there is still time enough – and enthusiasm and faith enough – to seize the moment, the kairos, that was WYD-2002. Bishops and pastors who make the effort to work with young men and women who lived the Toronto experience all testify to its enduring impact. That stunning procession up University Avenue should have challenged the Canadian Catholic establishment to stop following the secularists’ script and acquiescing in its own marginalization. The challenge remains. It can still be accepted – as it was accepted by the young Catholics who organized WYD-2002 and showed exhausted Catholics, cynical Catholics, and skeptical Catholics the excitement of authentic Catholic renewal. 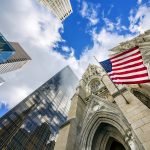 Whose Republic? Which “Liberalism”?