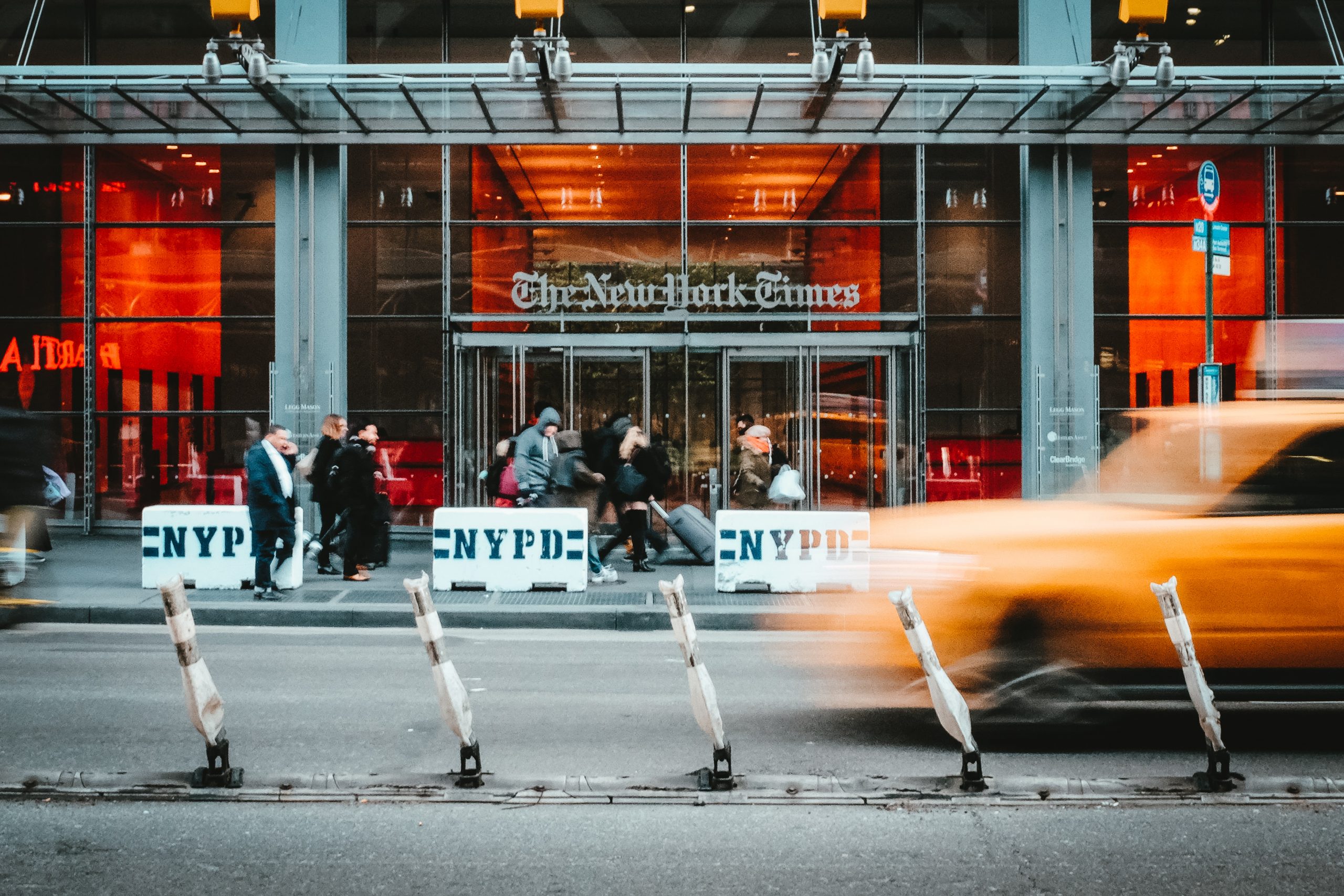 Here is what the New York Times reported to its readers on November 21:

“Pope Benedict XVI has said that condom use can be justified in some cases to help stop the spread of AIDS . . . .”

No, the pope did not say that in his new book, Light of the World, to which I had the honor of contributing a foreword. Here is what the pope actually wrote, answering two questions from German journalist Peter Seewald:

Seewald: On the occasion of your trip to Africa in March 2009, the Vatican’s policy on Aids once again became the target of media criticism. Twenty-five percent of all Aids victims around the world today are treated in Catholic facilities. In some countries, such as Lesotho, for example, the statistic is 40 percent. In Africa you stated that the Church’s traditional teaching has proven to be the only sure way to stop the spread of HIV. Critics, including critics from the Church’s own ranks, object that it is madness to forbid a high-risk population to use condoms.

Benedict XVI: The media coverage completely ignored the rest of the trip to Africa on account of a single statement. Someone had asked me why the Catholic Church adopts an unrealistic and ineffective position on Aids. At that point, I really felt that I was being provoked, because the Church does more than anyone else. And I stand by that claim. Because she is the only institution that assists people up close and concretely, with prevention, education, help, counsel, and accompaniment. And because she is second to none in treating so many Aids victims, especially children with Aids.

I had the chance to visit one of these wards and to speak with the patients. That was the real answer: The Church does more than anyone else, because she does not speak from the tribunal of the newspapers, but helps her brothers and sisters where they are actually suffering. In my remarks I was not making a general statement about the condom issue, but merely said, and this is what caused such great offense, that we cannot solve the problem by distributing condoms. Much more needs to be done. We must stand close to the people, we must guide and help them; and we must do this both before and after they contract the disease.

As a matter of fact, you know, people can get condoms when they want them anyway. But this just goes to show that condoms alone do not resolve the question itself. More needs to happen. Meanwhile, the secular realm itself has developed the so-called ABC Theory: Abstinence-Be Faithful-Condom, where the condom is understood only as a last resort, when the other two points fail to work. This means that the sheer fixation on the condom implies a banalization of sexuality, which, after all, is precisely the dangerous source of the attitude of no longer seeing sexuality as the expression of love, but only a sort of drug that people administer to themselves. This is why the fight against the banalization of sexuality is also a part of the struggle to ensure that sexuality is treated as a positive value and to enable it to have a positive effect on the whole of man’s being.

There may be a basis in the case of some individuals, as perhaps when a male prostitute uses a condom, where this can be a first step in the direction of a moralization, a first assumption of responsibility, on the way toward recovering an awareness that not everything is allowed and that one cannot do whatever one wants. But it is not really the way to deal with the evil of HIV infection. That can really lie only in a humanization of sexuality.

Seewald: Are you saying, then, that the Catholic Church is actually not opposed in principle to the use of condoms?

Benedict XVI: She of course does not regard it as a real or moral solution, but, in this or that case, there can be nonetheless, in the intention of reducing the risk of infection, a first step in a movement toward a different way, a more human way, of living sexuality.

And here is Sacred Heart Major Seminary professor Janet Smith’s illustration of the technical point the pope was actually making, which touches on the question of what philosophers and theologians call subjective intention:

If someone was going to rob a bank and was determined to use a gun, it would be better for that person to use a gun that had no bullets in it [for that] would reduce the likelihood of fatal injuries. But it is not the task of the Church to instruct potential bank robbers how to rob banks more safely and certainly not the task of the Church to support programs of providing potential bank robbers with guns that could not use bullets. Nonetheless, the intent of a bank robber to rob a bank in a way that is safer for employees and customers of the bank may indicate an element of moral responsibility that could be a step towards eventual understanding of the immorality of bank robbing.

As misleading as the Times story was, it was hardly the worst of the maelstrom of media misrepresentation, which was initiated by the once-authoritative Associated Press. This latest example of pack journalism was a disservice in itself; it also highlighted several false assumptions that continually bedevil coverage of the Catholic Church and the Vatican and one specific media obsession that is, to be brutally frank, lethal in its consequences.

The first false assumption beneath the latest round of media condomania is that the Church’s settled teaching on sexual morality is a policy or a position that can change, as tax rates can be changed or one’s position on whether India should be a permanent member of the U.N. Security Council can change. To be sure, the theological articulation of the Catholic ethic of sexual love has been refined over centuries; it has come to an interesting point of explication in recent years in John Paul II’s “theology of the body.” But it has not changed and it will not change because it cannot be changed. And it cannot change or be changed because the Catholic ethic of sexual love is an expression of fundamental moral truths that can be known by reason and are illuminated by revelation.

The second false assumption beneath the condom story is that all papal statements of whatever sort are equal, such that an interview is an exercise of the papal teaching magisterium. That wasn’t true of John Paul II’s international bestseller, Crossing the Threshold of Hope, in which the late pope replied to questions posed by Italian journalist Vittorio Messori. It wasn’t true of the first volume of Benedict XVI’s Jesus of Nazareth, in which the pope made clear at the outset that he was speaking personally as a theologian and biblical scholar, not as the authoritative teacher of the Church. And it isn’t true of Light of the World. Reporters who insist on parsing every papal utterance as if each were equally authoritative — and who often do so in pursuit of a gotcha moment — do no good service to their readers.

The third false assumption was a “historic change” of Catholic teaching of the sort that was misreported to have taken place would be announced through the medium of an interview. It will perhaps come as a blow to the self-esteem of the fourth estate to recognize an elementary fact of Catholic life, but the truth of the matter is that no pope with his wits about him would use the vehicle of an interview with a journalist to discuss a new initiative, lay out a pastoral program, or explicate a development of doctrine. Light of the World is chock-full of interesting material, explaining this or that facet of Catholic faith, reflecting on the successes, challenges, and communications errors of the pontificate to date, even pondering personal questions such as the possibility of a papal retirement. But such interviews never are going to
be used for the most serious exercises of papal authority.

As for the media obsession, it is, of course, with the notion of Salvation by Latex. Shortly after the pope’s visit to Africa, where he was hammered by the press for alleged insensitivity to AIDS victims because of his reiteration of the Catholic sexual ethic, a distinguished student of these matters, Dr. Edward Green, published an op-ed piece in the Washington Post with the striking title, “The Pope May Be Right.” Green, who is not a Catholic, made a powerful case that abstinence outside of marriage and fidelity within marriage are, empirically, the genuine AIDS-preventers. He was right, according to every thorough study of this terrible plague. But you would never know that by the coverage of Catholics and condoms — just as you would likely never learn that, as a global institution, the Catholic Church serves more AIDS sufferers than any other similarly situated community.

What humane purpose is served by this media obsession with condoms? What happens to the press’s vaunted willingness to challenge conventional wisdom when the issue at hand is anything touching on sexual license? It seems to disappear. And one fears that a lot of people are seriously hurt — and die — as at least an indirect result. Consciences indeed need to be examined in the matter of condoms, Catholics, and AIDS. But the consciences in question are those of the press.

George Weigel is distinguished senior fellow of Washington’s Ethics and Public Policy Center. His new book is The End and the Beginning: John Paul II – The Victory of Freedom, the Last Years, the Legacy.

This article was originally published on National Review Online
http://www.nationalreview.com/articles/253679/deflating-nyt-condom-scoop-george-weigel 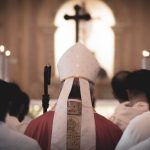