Before tackling Dignitas Personae [The Dignity of a Person], the recent instruction from the Congregation for the Doctrine of the Faith on contemporary bioethical questions, I’d suggest re-reading the first chapter of Aldous Huxley’s Brave New World. Huxley was no great shakes as a stylist, but his depiction of the Central London Hatchery and Conditioning Centre is a strikingly prescient, blood-chilling glance into a future in which manufacture and manipulation have replaced begetting and nurture at the beginnings of human life. It’s remarkable enough that Huxley imagined all this a generation before the unraveling of the DNA double-helix launched the genetic revolution; what’s even more striking is that Huxley’s dystopia is, in fact, upon us.

Be scared. Be very scared. For the question is no longer whether we are on a slippery slope, careening downward toward a world of machine-tooled and stunted humanity — a world in which love is displaced by technique and longing by social planning. We’re on the slope, all right, and the question is whether the brakes can be applied soon enough. Dignitas Personae is a courageous effort to alert us to the present danger, to remind us of the dignity that is inherent in every human life from the moment of conception until the moment of natural death, and to suggest how that dignity is threatened by the false use of our new genetic knowledge, even in good causes.

Thanks to the prejudices of the mass media and the communications incapacities of the Church, Catholic teaching on sexual love and human reproduction is often taken to be a string of prohibitions, in which aloof and nay-saying celibate clergy presume to instruct lay men and women on their moral responsibilities. The truth of that matter, however, is that every “no” in the Church’s understanding of the moral life is premised on a “yes.” In the first millennium of Christian moral theology, morality was primarily understood as a means to happiness, and the Beatitudes were the magna carta of the Christian moral life; Christians didn’t do certain things, not because they were arbitrarily forbidden, but because they didn’t make for our happiness and flourishing.

The Church has begun to recover that positive, beatitude-centered understanding of the moral life, thanks to the work of great moral theologians like the recently deceased Fr. Servais Pinckaers, OP, and the magisterium of John Paul II. Because of this work, the Church of the 21st century can appeal to all men and women of good will on the basis of questions that are truly  universal in scope: “What makes for human happiness?” “What makes for genuine human flourishing?” Explicitly or implicitly, alone or with others, everyone asks those questions. Beginning there, we can have a real conversation about what is good and what is evil, what is noble and what is base, what is life-affirming and what is life-denying.

In his great encyclical on Christian mission, Redemptoris Missio, John Paul II wrote that “The Church proposes; she imposes nothing.” In a cultural climate like our own — in which the question “Will it work?” usually trumps the question “Is it right?” — the Catholic proposals contained in Dignitas Personae are inevitably countercultural. It is countercultural to affirm medical technologies and procedures that assist infertile couples in conceiving through natural means, while proposing that IVF (in vitro fertilization) poses grave moral problems. It is countercultural to embrace and celebrate the possibilities for healing contained in the new genetics, while proposing that embryo-destructive stem-cell research is a grave moral evil. It is countercultural to bring the tools of moral reason to bear on heart-rending issues which most of our fellow-citizens believe can be resolved emotively and technologically, on the basis of compassion wedded to technique. So, yes, Dignitas Personae is countercultural. But it is countercultural precisely in order to lift up, defend, and promote the dignity of the human person, which is at risk when human life becomes commodified.

Knowledge must be complemented by wisdom — moral wisdom — if humanity is to avoid Huxley’s dystopia. Reminding us of that, Dignitas Personae does a great, necessary, and compassionate service. 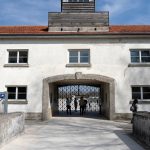 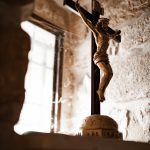 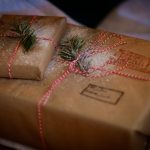