Max Lerner, the syndicated columnist who began his career on the farther reaches of the American Left in the 1930s, but who has moved steadily toward the center in later years, recently wondered about the currently fashionable notion that the United States is, inevitably, a declining power in world politics. Has America really become “another Rome,” a calcified empire out of touch with contemporary reality and doomed to failure?

Lerner is unpersuaded by today’s Cassandras. “America has remained the magnet that has drawn refugees from every destroyed democracy and closed society. Whatever its failures, it is still seen as the haven of choices, offering the freedoms of its economy, polity, and society, and the creativeness of its science and technologies.” The true failures, Lerner argues, lie in what used to be called the Old World. Here, among what were once dynastic monarchies, one finds “psychologically and morally exhausted societies (largely on a Marxist and post-Marxist pattern) that have lost their energy and appeal.” Whether they ever rebound may well depend on whether they can follow the “new model set by America and its rivals and competitors” in the West.

Still, there are reasons for justifiable concern about the American future. There are what Lerner calls the “pathologies of civilization”: crime, urban violence, decaying prisons, a seemingly permanent economic underclass, illiteracy, the rush to the courts to settle all grievances, and all the other social problems that make the daily headlines. Beyond these are what Lerner terms the “pathologies of power”: the past twenty years have “produced a sense among foreigners that American leadership is erratic or blundering or both.”

But even facing both of these diseases, Lerner isn’t buying the notion that insider trading, Irangate, and the Walker family espionage ring signal the decline and fall of the American experiment. “Civilizations,” he writes, “are more likely to die of rigidities, of absolutisms that become divisive and tear them apart, of loss of their psychic immune and support systems, of failure of nerve in the willingness or inability to confront collective dangers, of failures of belief (especially among the young) in the viability and promise of the whole experience. Civilizations die, above all, of the impoverishment of the imagination and will that build and sustained them.”

Max Lerner doesn’t think that America, as a civilization, has lost its imagination and will. That seems true of the great majority of the American people. But one wonders, at times, about that part of the American elite, often called the “new class,” which operates the cultural switchboards of American civilization: the churches and synagogues, the prestige press, the universities, the popular entertainment industry. When was the last time a major religious body in the United States, taking full account of Lerner’s cultural and political “pathologies,” yet affirmed the American experiment as a morally worthy attempt to build peace with freedom, justice, and prosperity? Is Tom Wicker all that rare a journalistic commodity when he writes (in criticism of U.S. policy in Nicaragua) that “… America has no historic or God-given mission to bring democracy to other nations; nor does such a purpose justify the overthrow of governments it does not like”? (Ferdinand Marcos, P. W. Botha, and Augusto Pinochet, please call the New York Times.) What do movies like Platoon and Full Metal Jacket say about Hollywood’s view of America’s purpose in the world?

Max Lerner is surely right when he argues that “if America’s center fails to hold, it will leave the world’s fate in hands less gentle and more guilt-stained than the American.” It is devoutly to be hoped that Lerner is equally right about that center holding, given the new kind of class conflict that is being contested beneath the surface of our public life. 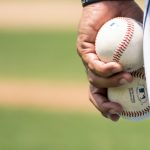