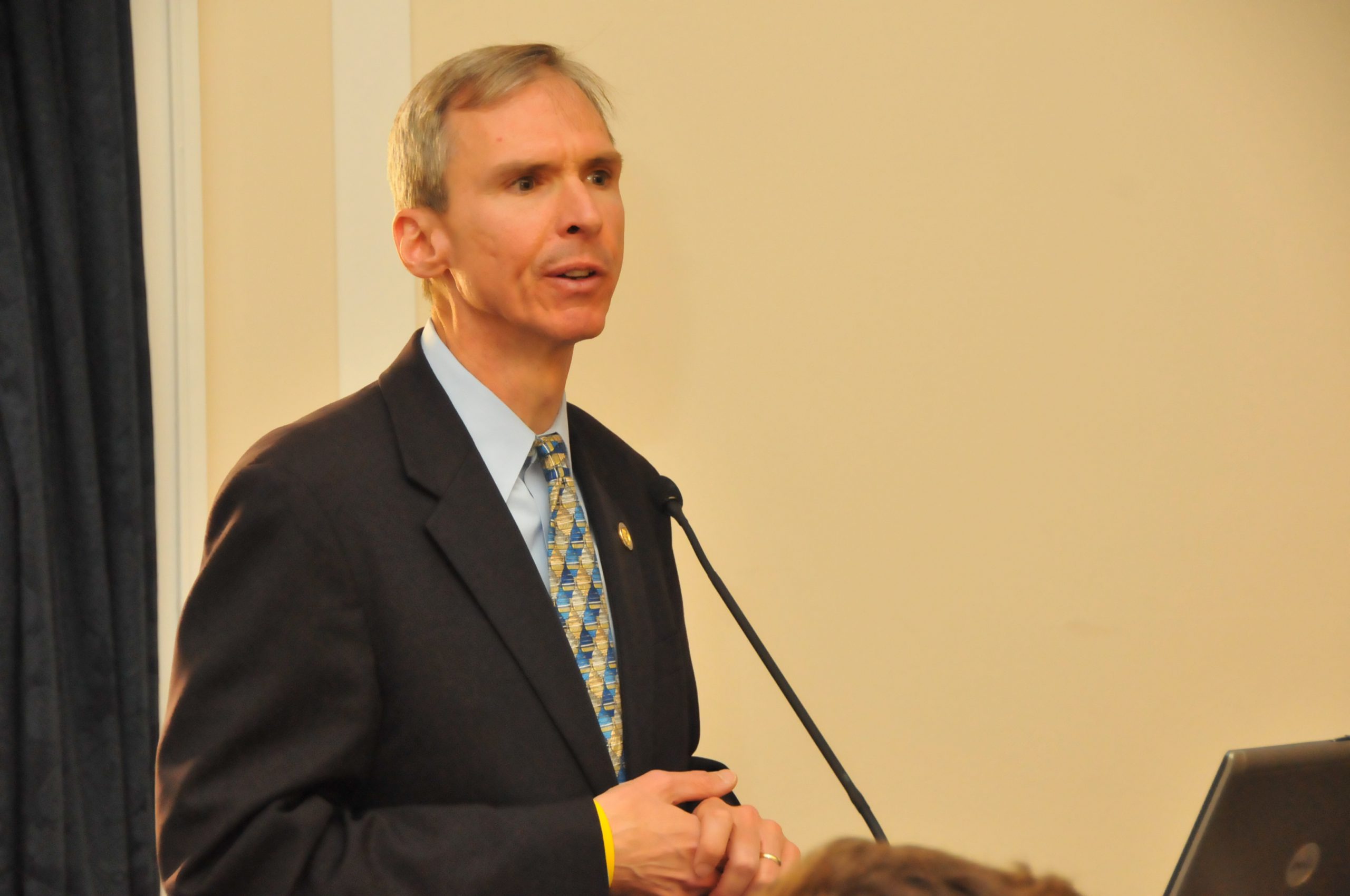 For the past several years, my friend Representative Dan Lipinski (D-IL) and I have pondered the state of the Republic and Dan’s parlous political situation over omelets at Silver Diner or serious carbs at Pancake House. Dan’s district, Illinois-3, has been solidly Democratic for aeons and will likely remain so until the Parousia. But as the last reliable pro-life Democrat in the U.S. House of Representatives, he was squarely in the crosshairs of Big Abortion, which bent every effort to defeat him in the 2018 primary.

He narrowly won that brutal contest, running against a hyper-pro-abort challenger, Marie Newman. Serious problems remained, though. The district was changing demographically, but even more importantly, the Democratic Party was lurching to the left. The most radical pro-abortion positions were becoming non-negotiable qualifiers for Democratic nominations. And despite the occasional bleats from Nancy Pelosi and others about Democratic big tents, the serious money in the party was certainly going to be behind another primary challenge to Lipinski.

So over our breakfasts we talked about Dan’s present circumstances and a variety of possible futures, including life-after-Congress. Those conversations were not lugubrious, because, unlike too many other political figures, Dan Lipinski is not a man whose identity is completely wrapped up in his office. Taking a theme from one of the founding fathers of sociology, Max Weber, Dan had always seen politics as a vocation: he was in the House to serve his constituents and the country, and to defend the truth in doing so. And, as the holder of a doctorate in political science, he was one of those politicos, sadly rare these days, who brought distinction to public office rather than gaining distinction from it.

Between his district’s shifting demography and the Gadarene rush to the left of his party, Dan knew that time was running out on his congressional career; but, battler that he is, he wanted to go out with a win. So he fought the 2020 primary campaign (the real election in IL-3) after telling his family that this would be the last hurrah. This time, he didn’t make it, losing by a couple of thousand votes on March 17 in a re-run with Marie Newman.

Dan Lipinski, a veteran congressman seeking his ninth term, had zero support from the Democratic leadership in the House. One of his Illinois Democratic colleagues derided him as a dinosaur-like figure from the party’s past. Wannabe presidents including Bernie Sanders, Elizabeth Warren, Cory Booker, and Kirsten Gillibrand endorsed Ms. Newman. But the biggest money for the Newman campaign came from the merchants of death: millions of dollars poured into the district from NARAL and Emily’s List, demonstrating once again that (along with the plaintiffs’ bar, the public employee unions, and the gay insurgency) Big Abortion is one of the four fattest cash cows for the Democratic Party.

In losing to Marie Newman, who will certainly win in November and whose performance in Congress may make Alexandria Ocasio-Cortez seem like the reincarnation of Margaret Thatcher, Dan Lipinski, the man who hated losing, did a singular public service: he clarified that there is no room in today’s Democratic Party for pro-life politicians, and that those who break with the party’s extremist orthodoxy on the abortion issue will be shunned and then electorally excommunicated. Nancy Pelosi and Amy Klobuchar can prattle on about there being room for pro-lifers in the party. The reality of the situation is embodied by Joe Biden, who has switched gears again and now embraces the notion of a constitutional right to abortion no less extreme than that of the infamous Governor Ralph Northam of Virginia (“We’ll make the baby [who survives the abortion] comfortable while deciding what to do”).

And can anyone doubt that a President Biden would do all in his power to torpedo the Hyde Amendment and get the Congress to federally fund abortions? If you do doubt that, please think again. And then think about the burden of conscience that federally-funded abortion would put on President Biden’s fellow-Catholics – and indeed on all those who can read a basic biology textbook (which teaches us that the product of human conception is a human being, period) and who can grasp the first principle of justice which tells us that innocent human life deserves the protection of the law in a just society. No amount of Biden bluster about shoving his rosary beads down the throats of those who dare to call him to account for his moral cravenness can change the reality of what he has been doing in his step-by-step cave-in to Big Abortion and its stranglehold on his party.

Once upon a time, I was allied with Senator Henry “Scoop” Jackson’s followers in what the media sometimes referred to as the “Jackson wing” of the Democratic Party. We Scoop people knew better, and among ourselves used to describe our small sub-tribe as the “Jackson feather” of the Democratic Party. For despite the fights we fought, we suspected that the self-styled moderates in the party had no real capacity to resist the long march through the party’s institutions of the hard left. What perhaps some of my fellow Scoop Democrats didn’t realize in the late 1970s and early 1980s was that the culture-war issues were going to be the driver of the party’s capture by the leftest of the left, and that the new Jacobins would be those lifestyle libertines of the sexual revolution for whom abortion-on-demand is the functional equivalent of a sacrament.

This is what the congressional fate of Dan Lipinski, myth-buster, has made sadly but unmistakably clear: “moderation” is on life-support in the Democratic Party, irrespective of the fact that Mr. Biden seems likely to best Mr. Sanders for the party’s 2020 presidential nomination. There are no “moderate Democrats” on the life issues at the national or congressional level. At the moment, the ratchet is working in one direction and will continue to do so, such that today’s “moderation” would have been deemed off-the-wall crazy-radical a generation ago (as the Northam and Biden examples illustrate). The same will probably be true on economic and health care issues going forward.

In the immediate future, there may be a few “moderate” Democrats left in the realm of foreign policy: meaning Democrats who understand that autarky is impossible in today’s world (see, “Covid-19, 2020 pandemic of”) and that America’s national interest and national security require supporting the forces of humane order in world politics and resisting the forces of tyranny and disorder. But the general direction of the one-time natural party of U.S. Catholics is unmistakable, and the terminus of the road on which the Democratic Party is embarked is not “moderation.”

Pressures are already at work in the Republican Party to follow the Democratic lead, at least on the life issues and the other battlegrounds where the ideology of personal autonomy as the constitutional meaning of freedom are contested. The Republican cave-in on the redefinition of “marriage” was, if not comprehensive, then at least considerable. And who is the Republican politician with national ambitions prepared to challenge “gender ideology” and the “trans” movement? They may exist, but they are keeping their heads well below the parapets these days.

It seems likely that a lot of us are going to have unexpected time on our hands for the next weeks and months. Turning quarantine and lockdown into an extended Lenten and Eastertide retreat is certainly a good way to live that time. So is pondering what might be done, through existing party institutions or the creation of a new party, to ensure that every conscientious and orthodox Catholic, in or out of public life, remains capable of functioning as a citizen of this Republic.

In that task of rebuilding the moral and cultural foundations of American democracy, Dan Lipinski’s example of courage is a noble one to follow.

George Weigel is Distinguished Senior Fellow of Washington’s Ethics and Public Policy Center, where he holds the William E. Simon Chair in Catholic Studies. He is the author of over twenty books, including Witness to Hope: The Biography of John Paul II (1999), The End and the Beginning: John Paul II—The Victory of Freedom, the Last Years, the Legacy (2010), and The Fragility of Order: Catholic Reflections on Turbulent Times (Ignatius Press, 2018). His most recent book is The Irony of Modern Catholic History: How the Church Rediscovered Itself and Challenged the Modern World to Reform.

This article was originally published on The Catholic World Report
https://www.catholicworldreport.com/2020/03/20/dan-lipinski-myth-buster/ 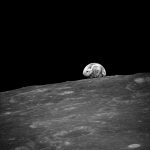 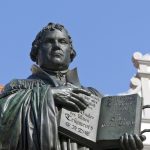