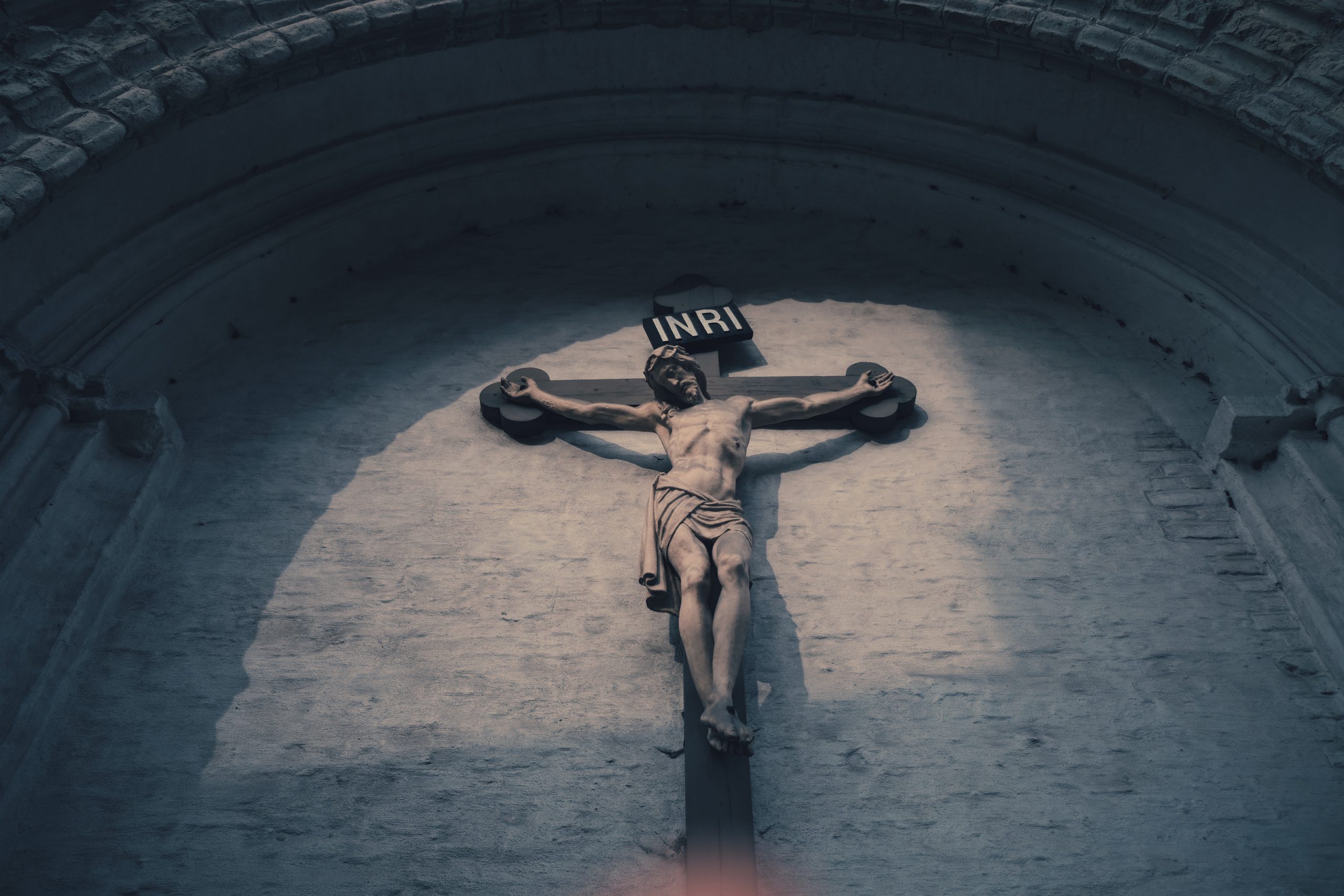 A Lenten quiz: Which came first, God’s creation of the world or God’s covenant with Israel? If we think in terms of mere chronology, the answer is obvious. If we think theologically, however, we get a different answer—and the drama of creation, covenant, and redemption comes into clearer focus.

In Jesus of Nazareth – Holy Week, Pope Benedict XVI teaches that God’s covenant with Israel is not some sort of divine afterthought, an add-on or remedy for something that had gone wrong. No, the covenant and its fulfillment in the life, death, and resurrection of a son of Israel, Jesus of Nazareth, who inaugurates a new covenant including both Jews and Gentiles, are the very reasons why God created the world: “According to rabbinic theology, the idea of the covenant — the idea of establishing a holy people to be an interlocutor for God in union with him — is prior to the idea of creation and supplies its inner motive. The cosmos was created, not that there be manifold things in heaven and earth, but that there might be space for the ‘covenant,’ for the loving ‘yes’ between God and his human respondent.”

God creates and redeems the world so that God’s holiness might be shared by a people empowered by grace to live holy lives. God’s thirst for the holiness of his people is liturgically manifest on the Third Sunday of Lent in Jesus’s thirst for the faith of the Samaritan woman, from whom he asks a drink of water. And God’s thirst for a holy people with whom the Trinity can be in a covenant of love continues today. That is why the Church, the continuation of Christ’s presence in the world, is a communion of disciples in mission.

That mission often carries heavy costs, and it is appropriate to be reminded of that as the Church walks the Way of the Cross these last weeks of Lent.

During last year’s Synod in Rome, I had the good fortune to befriend a true missionary disciple who is also the Bishop of Mamfe in Cameroon, Andrew Nkea. During our work together, I discovered in Bishop Nkea a man of deep Catholic faith, wholly persuaded that the gospel his people have embraced is the greatest liberating power in the world. I also found someone whose exceptional calm amid horrific circumstances in his homeland testified to his conviction that God remains with the people he has called to holiness, even when he can seem far distant.

And God can indeed seem distant in contemporary Cameroon, a country beset by deadly civil strife in which the government is complicit.

During the Synod, Bishop Andrew told me of having to close fifteen parishes in his diocese, because large gatherings of Anglophones were an excuse for Francophone government thugs to commit atrocities in the name of suppressing spurious “terrorism.” A few weeks after we said farewell in Rome, a thirty-three-year old Kenyan Mill Hill missionary priest in Bishop Nkea’s diocese was the victim of a random, drive-through shooting by the quasi-military Gendarmerie Nationale in the village of Kembong, to which Father Cosmos Omboto Ondari had returned with hundreds of refugees after much of the village had been burned down by government forces.  Bishop Nkea was in Kembong the next day and counted twenty-one bullet holes in the church building in which the refugees were taking shelter and saw Father Ondari’s blood on the cement at the entrance to the building.

In my mind’s eye, it was not easy to imagine the bishop who was such an articulate, joyful proponent of the truth of Catholic faith in Rome standing where a priest he had welcomed into his diocese had just been murdered for no other reason than to terrorize the people Father Ondari served. Yet they were one and the same man, the Andrew Nkea I came to admire in Rome and the grieving but resolute bishop who demanded justice from a corrupt government while calling his people to intensified prayer for peace.

If the rabbinic theologians cited by Pope Benedict were right, Father Ondari and Bishop Nkea were “in the mind” of God before creation, embodiments of the holiness for which God thirsts in his people. Catholics in safer environments should ponder their example and live in spiritual solidarity with those who may sometimes think themselves forgotten by the world and the Church.

PrevThe High-Priced Spread, Revisited
Easter in Jail: The Travesty of the Pell CaseNext