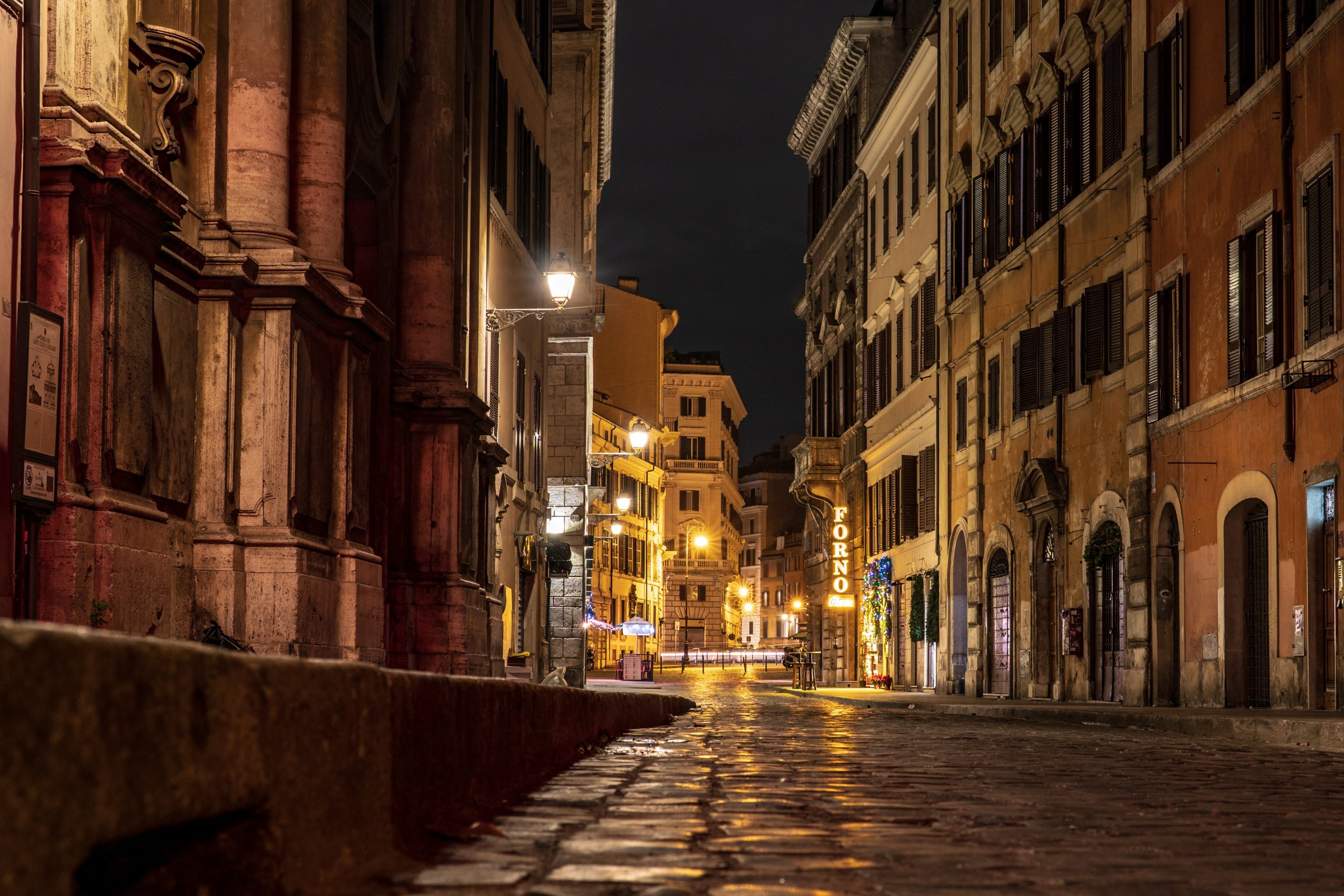 ROME. For the past six weeks, I’ve had the privilege of participating in the station church pilgrimage of Lent, a Roman tradition that dates back to Christian antiquity. From at least the early fourth century, the Pope celebrated Mass during Lent with his clergy and the Roman Christian community at a designated “station” church. As Christianity became a more public faith, these “stations” were often basilicas built to honor Roman martyrs, constructed atop or around a former house church. Pope St. Gregory the Great fixed the order of the Roman station church pilgrimage in the sixth century, although further stations were added later as the Roman Church began to celebrate Mass on every one of the Forty Days.

The classic station church pilgrimage died when the popes moved to Avignon in the 14th century. But strong echoes of the ancient pilgrimage remained in the liturgy, for the Mass texts and prayers of Lent frequently reflected the Roman station church of the day and the saint honored there. Those echoes continue, if in more muted form, in the post-conciliar Lenten liturgy. What has been revived, however, and in a very dramatic way, is the station church pilgrimage itself. And the revival has been largely an American affair.

In the mid-1980s, students from the Pontifical North American College, the U.S. seminary on Rome’s Janiculum Hill, began to follow the ancient custom of walking to the station church traditionally appointed for that day, each day of Lent. The practice caught on among other English-speakers in the city, so that, in Lent 2011, as many as 500 Anglophones have come to the traditional station church of the day at 7 a.m. for Mass. Many walk. Others take buses, or the Metro, or drive. But on any given day of Lent, Monday through Saturday, you’ll find hundreds of English-speakers at the station church of the day, keeping faith with the traditions of the first millennium.

I was introduced to this happy custom in the mid-1990s, while working on the biography of John Paul II, and over the past seventeen years it has been a rare Lent when I have not been able to make at least a part of the station church pilgrimage. This year, I’m doing the entire pilgrimage while preparing a book on this remarkable tradition in cooperation with Elizabeth Lev, a brilliant art historian, and my son, Stephen, a gifted photographer. We hope to have The Station Churches of Rome: A Pilgrimage of Conversion available by Lent 2013 in formats ranging from a traditional hardback to an iPhone app: as a means of discovering many unknown riches of Roman church art and architecture; as a companion with which to “make” the station church pilgrimage at home; as an invitation to try a part of the pilgrimage in person; and, we hope, as a literary and visual deepening of the Lenten experience, wherever one lives the Forty Days.

Along with some classic studies of the liturgy, one new book has been an invaluable companion on this year’s station church walk: Pope Benedict XVI’s recently published study, Jesus of Nazareth: Holy Week—From the Entrance into Jerusalem to the Resurrection (Ignatius Press). Father Raymond de Souza has written that this second volume of the Pope’s projected three-volume masterwork on Jesus firmly establishes Joseph Ratzinger as the most learned man in the world. It’s a title the Holy Father would doubtless dismiss with his usual shy smile. A close reading of the book suggests that Father de Souza was not exaggerating.

There is an astonishing amount of learning, distilled over a lifetime of reading and prayerful reflection, gathered here. Benedict XVI is fully in command of contemporary biblical scholarship. Rather than dissecting the biblical text, though, he deploys that critical historical knowledge in a richly theological and spiritual presentation of the Passion narratives that invites the reader into the mystery of Jesus Christ, crucified and risen—and does so in a way that is accessible to everyone.

For which he deserves the gratitude of the entire Christian world.