The day after the Supreme Court upheld the federal partial birth abortion ban by a 5-4 vote, the pseudonymous “Diogenes” offered a rather chilling commentary on the Catholic World News Web site:

“In her angry dissent in Gonzalez v. Carhart, [Justice] Ginsburg writes that the majority decision ‘…cannot be understood as anything other than an effort to chip away at a right declared again and again by this Court — and with increasing comprehension of its centrality to women’s lives.’

“Now imagine you’re speaking to an anthropologist who has just returned from a previously undiscovered primitive tribal community on a remote island in the South Pacific. If he reports that the ability to bear children is a central factor in the lives of the tribe’s women, you might figure that you’d met another one of those remarkable social scientists who has found a way to earn a living by saying the blatantly obvious. But if he told you that the right to kill their own children was essential to these women, you’d have to conclude that the island is a terrible place, populated by bloodthirsty pagan savages, and any sane traveler should stay away.”

Yet that seems to be precisely what Justice Ruth Bader Ginsburg was asserting: that the legal right to kill their offspring is “central” to the lives of American women. Not good.

The anti-Catholic bigots quickly exposed their hand in the wake of Gonzalez v. Carhart. The morning after the decision was handed down, Philadelphia Inquirer cartoonist Tony Auth depicted nine Supreme Court justices behind the bench, five of them wearing miters. University of Chicago law professor Geoffrey Stone noted in a blog posting that “[a]ll five justices in the majority are Catholic” and charged that the papist quintet had “failed to respect the fundamental difference between religious belief and morality.” About which my colleague, Edward Whelan, made two telling observations:

(1) It is absurd on many levels to suggest that Chief Justice Roberts and Justices Kennedy, Scalia, Thomas and Alito were imposing their religious beliefs on the nation. Rather, Whelan wrote, “they were deferring to the entirely reasonable moral judgments of the American people, manifested through bipartisan majorities in Congress.” How is it an imposition of religious belief to uphold the constitutionality of a law democratically enacted with bipartisan support? Were all the members of the Senate and the House of Representatives who voted to ban partial birth abortion imposing Catholic dogma on the republic? Please.

(2) The legal and historical facts of the matter, Whelan continued, are that the four dissenting justices in Gonzalez v. Carhart — Ginsburg, Stevens, Souter and Breyer — “have a consistent record of misconstruing the Constitution to impose their own substantive preferences” — which is to say, their preferred policy outcomes, like an unrestricted abortion license.

Thus the attempt to defend the constitutionally indefensible (i.e., Roe v. Wade) continues to unhinge prominent legal scholars like Geoffrey Stone. To suggest that Roe can only be opposed on grounds of religious dogma is to betray an ignorance one would prefer not to associate with faculty members of a distinguished law school: an ignorance of both elementary embryology (the product of human conception is a human being) and the first principles of justice (do no harm to the innocent). Like Justice Ginsburg’s assertion of what’s “central” to women’s lives, this intellectual bewitchment bodes ill on many fronts.

Senate Majority Leader Harry Reid (D-Nev.), who had voted for the partial birth abortion ban, criticized Justice Samuel Alito for upholding the ban, which suggested a certain, er, senatorial inconsistency. But perhaps the truer consistency here is the consistency of political expediency, for Senator Reid knows that the pro-abortion lobby, a crucial component of Democratic fund-raising, will brook no dissent from its extremism. This puts Democrats who may have qualms about infanticide (as Senator Reid evidently once did) in a very tight box.

A smart Democratic presidential candidate would embrace the Court’s decision as the beginning of a new, rational consideration of the abortion issue in American public life. As things stand now, Democratic candidates are expected to defend infanticide. That’s not a task the more thoughtful of them are likely to welcome.

PrevCatholic Challenges in Latin America
The Pope on Abortion, Politicians, and CommunionNext 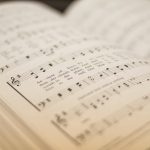