Thoughtful Americans across the spectrum of political opinion are rightly concerned about the degree to which our national politics has degenerated into the manipulation of consumer desires and passions, often by the seductions of the electronic media.

All the more reason, then, to regret that the recent “Catholic Call to Observe Civility in Public Debate,” issued at a press conference in Washington on November 6, should misconstrue civility in such a way as to set civility against the charity we owe the “other” in the form of truth-telling.

The money paragraph in the “Catholic Call to Civility” reads as follows:

“As lay Catholics we should not exhort the Church to condemn our political opponents by publicly denying them Holy Communion based on public dissent from Church teachings. An individual’s fitness to receive Communion is his or her personal responsibility. And it is a bishop’s responsibility to set for his diocese the guidelines for administering Communion.”

Here, I fear, is a host of confusions presenting itself as a call for civility.

Was it uncivil to remind the public that Senator John Kerry, during his 2004 campaign, misrepresented the Catholic pro-life argument as somehow sectarian, when in fact the Church’s defense of the dignity of human life from conception until natural death is based on first principles of justice that can be known by anyone willing to work through an argument? Is it uncivil to point out that Catholic politicians of both major parties continue to misrepresent the character and source of Catholic pro-life conviction? I don’t think so.

Is it uncivil to ask our bishops, with the respect due the fullness of Holy Orders, to exercise the singular responsibility they bear for safeguarding the integrity of the Church’s sacraments — even if doing so means bringing upon themselves the opprobrium of a hostile secular press? I don’t think so.

Is it uncivil to point out to fellow Catholics that they are putting their souls in peril when they willfully ignore the first principles of justice, or when they ignore the Church’s two millenium-long teaching on worthiness to receive Holy Communion? Or is such truth-telling an exercise in fraternal charity — indeed, a fraternal responsibility?

Is it uncivil for Catholics to remind each other that there is a hierarchy of issues in the application of Catholic social doctrine to American public life, and that the life issues, precisely because they engage first principles of justice, must be given priority in evaluating a candidate’s fitness for public office?

Is it uncivil — or is it a necessary act of charity in the form of truth-telling — for Catholic constituents to remind Catholic legislators that they cannot be given a moral or political pass on the life issues because they agree with the U.S. Conference of Catholic Bishops on the minimum wage, or health care, or immigration law reform?

The first thing we owe our fellow-citizens is the truth as we understand it, for truth-telling in vigorous public exchange is democracy’s lifeblood. America is a proposition country, and one important index of the health of our republic is the degree to which the proposition — that all human beings are created equal and deserve the equal protection of the laws — is received by our people and given public effect by our legislators.

That is why the life issues are today’s premier civil rights issues. When fellow Catholics who are legislators fail to understand this, it is not uncivil to call them to reconsider, privately if possible, publicly if necessary. It is a necessary act of fraternal charity.

By all means, let us be civil in making arguments. But civility must not be confused with pusillanimity nor set against the imperative of speaking truth to power: calmly, clearly, and persistently. 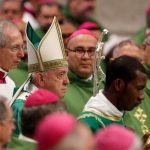 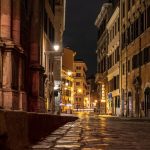 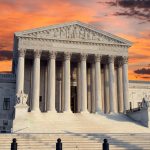