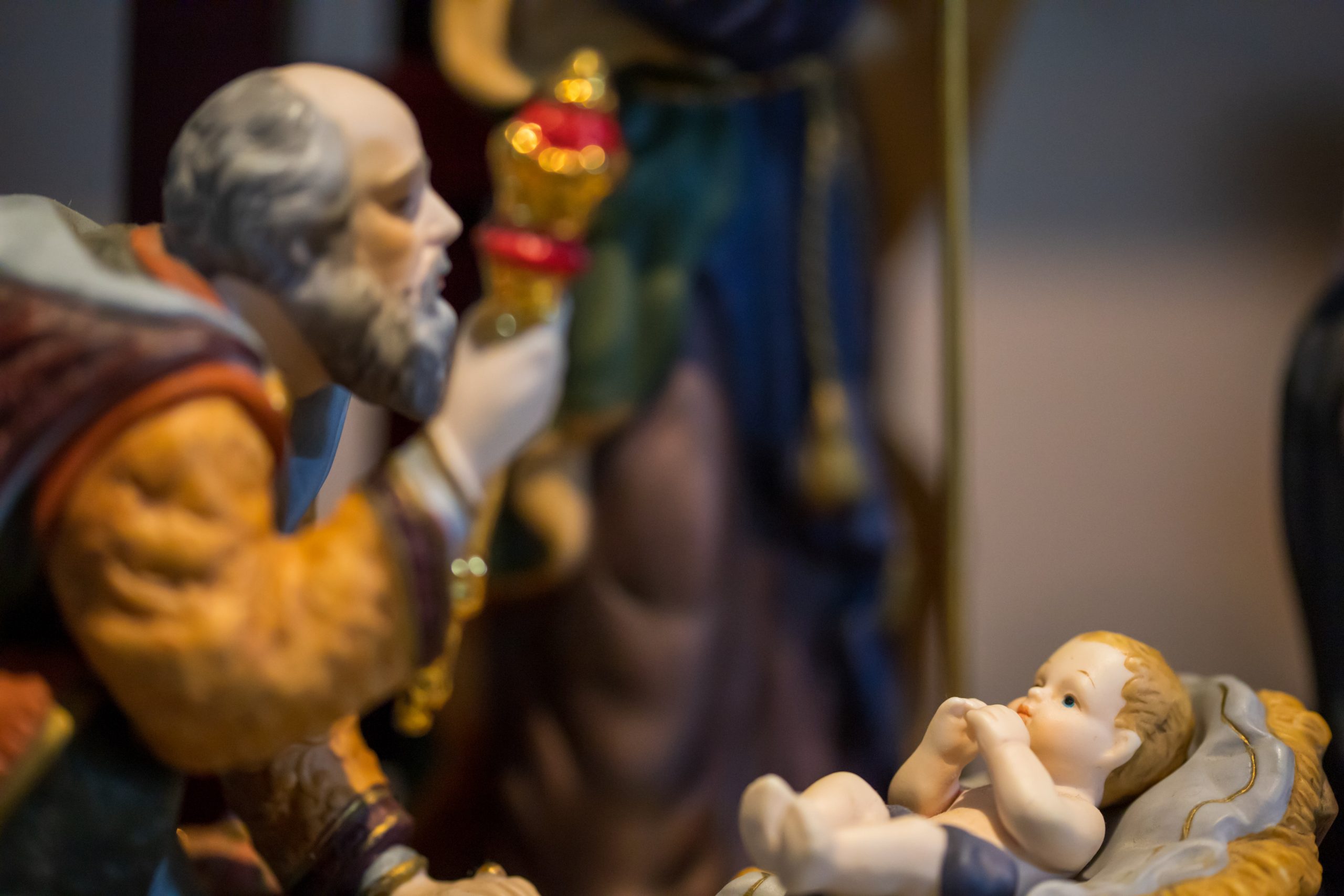 It might seem that everything that could be said, has been said, about the shepherds, the wise men and the Christ Child. But that’s one of the marvels of Scripture: The unfolding history of the Church draws out of the inspired Word of God allegories and images previously unrecognized. Thus the familiar Christmas story and its well-known cast of characters shed light on a year in which the Church has been roiled by contention between today’s shepherds and today’s Magi: between those who, today, hear angels singing, and those whose experience of the faith has been thoroughly “demythologized” and intellectualized.

The shepherds we know: Poor peasants who, initially afraid, nonetheless did as the angel commanded. And the Magi? They were scientists, intellectuals, who had a lot of obstacles to overcome in reaching their Bethlehem destination—and in comprehending just what happened to them there.

There was the obstacle of distance, for these were, as Matthew tells us, wise men “from the East. (The mosaicist decorating St. Mary Major in Rome took that to mean Persia, and gave the Magi bright, polka-dotted vesture.) Wherever they came from, though, they came “from afar,” which was no easy business in those days, even for scientists following a celestial GPS.

But the greater obstacle for the wise men was, well, their wisdom: or, perhaps better, the intellectual pride that’s a constant temptation for people who live their professional lives inside their heads. As Hans Urs von Balthasar once wrote in a Christmas homily, those who are rich in knowledge “have to do a great deal of gymnastics to extricate themselves from their neat and tidy concepts, opinions, perspectives, experiences and worldviews” before they can approach in humble faith “the naked earth where the Child lies in the crib.” And then, at the crib, they must offer their “intellectual riches . . . to holy poverty,” accepting “the inner poverty of all human knowledge [in order to find] their way to the divine poverty.”

In impoverishing themselves by giving their gifts and abandoning their intellectual pride, the Magi “brought themselves down to the level of the shepherds, and so a first Christian community can be formed out of the two groups.” And thus it has been ever since: All of us must “come down to the level adopted by God himself in his Incarnation—the level of poverty, crib, flight. . . .” Yet in lowering ourselves to the lowliness that God himself assumes in taking on a human nature, we remain who we are: Some are intellectually gifted and rich in the world’s goods; others are impoverished in various ways. But all can become one in Christ Jesus, as St. Paul teaches, because all have been empowered by the Lord to make of our lives a gift to others.

What does this have to do with this past year in the life of the Church? At least this:

According to tradition, the relics of the Magi, those humble intellectuals, rest in Germany’s Cologne Cathedral. That now seems quite providential. No local Church over the past two centuries has invested more in the intellectual life than German Catholicism. No local Church today is prouder of its theological accomplishments than the German Church; indeed, one German theologian, introducing an anthology of critical commentaries on John Paul II’s encyclical,Veritatis Splendor, claimed that Germany bore a special responsibility for Catholic theology.

Yet German Catholicism is sclerotic, its churches largely empty. Something is, obviously, missing. That “something,” I suggest, is the vibrant, New Testament-style faith found in the Catholic Church in Africa, whose leaders, at Synod 2014, challenged the leaders of German Catholicism to stand firm in the “faith once delivered to the saints” [Jude 1:3].

The Africans seem to have been reliving the role of the Christmas shepherds recently, rejoicing in the Good News. As for today’s Magi, well, German Catholic leaders might well reflect, thisWeinacht, on the lessons in intellectual humility taught by the scholars whose relics are venerated in one of Germany’s great cathedrals. So should all of us in the ideas business.