A few weeks back, Bishop William Lori of Bridgeport, John Allen of the National Catholic Reporter, and I were invited by Doubleday to help launch Pope Benedict XVI’s new book, Jesus of Nazareth, at a May 15 program in Washington.

It was, among other things, a happy reunion, as I hadn’t seen Brother Allen since the halcyon days of April 2005, which we both spent in Rome covering (and preparing books on) the papal transition. Since then, John has moved to New York, but his return to the Great Republic hasn’t diminished his insight into papal affairs and how others perceive them — and so he began his remarks with an acute observation.

Note, he said, that the mainstream media found three bits of “news” during Benedict XVI’s May trip to Brazil. There was the impromptu papal statement about politicians, abortion and the ecclesiastical sanction of excommunication. There was the papal condemnation of drug-dealing (surprise!). And there were a few lines in an 11-page speech to the bishops of Latin America and the Caribbean in which the Pope observed that both capitalism and Marxism had flaws (surprise again!).

To his colleagues on the press plane, Allen remarked, these were three disconnected moments. In fact, he said, there was a “scarlet thread” running throughout Benedict XVI’s speeches, homilies and remarks in Brazil, a thread that linked the Brazil trip to the publication of Jesus of Nazareth. That thread was, and is, the Pope’s insistence that Jesus Christ is the revolution.

During the discussion that followed our panel’s remarks, a guest asked whether there was a difference between this radical Christocentricity of Benedict XVI and the teaching of his great predecessor, John Paul II.

I suggested that it wasn’t so much a matter of difference as of destination. John Paul II began his pontificate with the clarion call, “Open the doors to Christ!” Why? Because, as the Pope continued, “Christ knows ‘what is in man.’ He alone knows it.”

John Paul’s magisterium was intensely Christocentric, in that Karol Wojtyla was convinced that we learn that truth about our humanity in contemplating the face of Christ: his was a Christology with an anthropological destination.

Benedict XVI shares that conviction. But as he writes in Jesus of Nazareth, getting to the truth about ourselves through “intimate friendship with Christ” is difficult today because two centuries of historical-critical dissection of the New Testament have left the face of Christ murky, even obscure.

When exegetes try to reassemble the pieces after dissecting the Gospels, the result too often reflects the exegete’s own concept of who Christ should be — mild-mannered liberal teacher; apocalyptic visionary; social reformer; political revolutionary — rather than the truth about Jesus of Nazareth, his person and his message.

We need both historically sophisticated methods of interpretation and trust in order to read the Gospels properly, Pope Benedict writes. If we approach the Gospels with suspicion, we will encounter a Christ in our preferred image, not the Jesus who is the “image of the invisible God” (Colossians 1: 15). If we approach the Gospels with alert minds and open, trusting hearts, however, we meet a Jesus with whom “intimate friendship” becomes possible, and life-transforming.

Time and again, whether he’s writing about the temptations, the parables, the Lord’s Prayer, or the miracles of Jesus’ public ministry, Pope Benedict’s method of reading the Gospels puts the edge back on stories and messages often dulled by familiarity. Reading the New Testament through the eyes of Joseph Ratzinger in Jesus of Nazareth thus becomes a way to read the Gospels afresh — and to be reminded that, whether the New York Times thinks it’s “news” or not, the proclamation of Jesus Christ is what the Church is for. 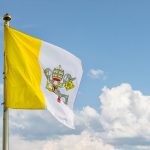 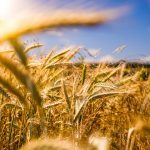 “Frankenfood”? Or feeding the hungry?