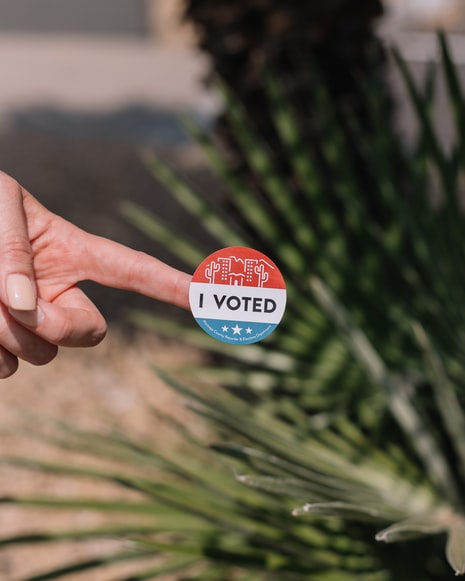 The Sisters of Life were founded in 1991 by Cardinal John O’Connor and Mother Agnes Mary Donovan (a former Columbia psychology professor and clinician) as a new religious community of women dedicated to the defense of life at all stages and in all conditions. The Sisters of Life are wholly orthodox and wear the kind of modernized (and in their case, quite beautiful) religious habit envisioned by the Second Vatican Council. And unlike the religious orders represented by this summer’s “Nuns on the Bus” road show, which culminated in Sister Simone Campbell’s attempt to excommunicate Representative Paul Ryan at the Democratic National Convention (an effort that was, as President Obama might say, above Sister Simone’s pay grade), the Sisters of Life are growing, often attracting new recruits among highly educated and accomplished professional women.

A few weeks ago, two Sisters of Life were stopped on a New York street by a man who, seeing their habits and imagining that all nuns think (and dress) alike, rushed up and asked the sisters if they, too, weren’t proud of Sister Simone. The two sisters politely explained why they were emphatically not proud of Sister Simone and took the opportunity to explain the Church’s pro-life teaching, which Sister Simone had declined to endorse in Charlotte when pressed by a reporter.

A small vignette, you might say. But Sister Simone’s 15 minutes of fame, which were the culmination of a series of distortions and plain mistruths advanced by “progressive” Catholics for months, seem now to have been something of a clarifying moment. And those two Sisters of Life in New York aren’t the only ones willing to explain, politely but firmly, that Sister Simone, Catholic University’s Stephen Schneck, and others in the Obama Amen Chorus are severely misrepresenting Catholic social doctrine, both in general and in their specific attacks on vice-presidential candidate Ryan.

Take, for example, a striking post-Red Mass talk given in Green Bay, Wis., on Thursday, September 20, by Bishop Thomas J. Paprocki of Springfield, Ill., who holds doctorates in both civil and canon law. (The “Red Mass” is a Catholic tradition dating back to early medieval times: a special Mass for the opening of the judicial year, which in many dioceses has now been expanded into a Mass of special prayer for legislators and other public officials as well as for judges and attorneys. The patron of the Red Mass tradition is, fittingly enough, St. Thomas More, who famously died “the king’s good servant, but God’s first,” in witness to the truth about religious freedom in full.)

Bishop Paprocki opened his remarks in Paul Ryan’s home state by noting that the Church’s longstanding teaching on the obligation of Catholic citizens to “work for justice and promote the common good” is “especially meaningful in a democratic society like ours, where a government by, of, and for the people possesses limited constitutional authority to care for the common good, and where the balance [of that responsibility] is entrusted to the care of non-governmental institutions, including churches and other religious groups” — a mini-lesson in American constitutionalism on which HHS and its Catholic apologists might usefully reflect.

The bishop then made the crucial distinction, so often blurred by partisans like Sister Simone and the rest of Catholics for Obama, between the “binding principles” and the “prudential judgments” of Catholic social teaching. And those “binding principles,” Paprocki reminded his audience, weigh heavily on politicians such as Joe Biden, Nancy Pelosi, and John Kerry, who invoke their Catholicism and their devotion to American pluralism in support of their cave-in to the pro-abortion forces in American politics (and their ample wallets). It is true, Paprocki readily conceded, that “the distinctions between binding principles and prudential judgments are not always clear and absolute.” But sometimes they are: “For example, there is no circumstance or context in which it could be just to deprive any class of persons of the legal protection for their lives which other classes of persons enjoy. Because support for what many today call ‘pro-choice’ laws about abortion necessarily involves willing this departure from legal equality which justice requires, the ‘pro-choice’ position is always gravely wrong.”

Bishop Paprocki then made clear that recent letters from committee chairmen at the U.S. Conference of Catholic Bishops — letters widely cited by the Catholic Left in its demonization of Paul Ryan — were exercises in prudential judgment that were binding on precisely no one, for “reasonable minds can come to different conclusions about more effective ways” to solve the social problems addressed in the letters, including hunger. Thus Sister Simone, in telling the Democratic Convention that the Ryan budget had been condemned by the U.S. bishops, was either woefully ignorant or willfully malicious. And so, by extension, is every Catholic politician or activist who, like Sister Simone, misreads both Catholic social doctrine and the authority of letters written by USCCB chairmen, who speak for themselves, period.

Paprocki went on to explain that Catholic social doctrine is a both/and rather than either/or matter, “so it is not a question of choosing either the private sector or governmental involvement” in questions of social or economic policy but of “both the private sector and the government working together in their appropriate spheres.” The bishop frankly admitted that, as a bishop, he would leave judgments on the public-policy aspects of the Ryan budget to others. But, as a bishop, he did have something to say to the debate about the way the Ryan budget was framed by the Catholic Left: “It is, however, incorrect to reject the Ryan budget out of hand as not in keeping with the Church’s teaching on the economy and the role of government.” For “Catholic social teaching is broad enough to include a variety of approaches to these complex issues, most of which are . . . a matter of prudential judgment, about which reasonable people — including reasonable Catholics — can disagree.”

But that was not all. For, referring back to the fact that Catholic social teaching is not an either/or business but one that called for “creative solutions to address problems of poverty, unemployment, health, and financial and industrial regulation,” Bishop Paprocki then stated flatly that, in light of all this, “Congressman Ryan is undoubtedly correct in asserting that the preferential option for the poor, which is a central tenet of Catholic social teaching, does not entail ‘a preferential option for big government.'” Ryan’s critics, the bishop continued, “fail to appreciate the capaciousness of [the Catholic social doctrine] tradition,” and because of that “they read the tradition in too narrow a fashion . . . [which] can be seen in their selective citation of passages from various Church documents.”

Bishop Paprocki then extended his basic lesson in Catholic social doctrine by reminding the Catholic Left that two of the core principles of Catholic social doctrine, subsidiarity and solidarity, cannot be played off one another; once again, it’s both/and, not either/or. Paprocki quoted the Compendium of the Social Doctrine of the Church (which a snooty gang of Georgetown academics offered some months ago to send to Paul Ryan) in passages that speak to the 2012 campaign’s current confusions over responsibility and dependency:

[The Compendium] says that “it is necessary for the market and the State to act in concert, one with the other, and to complement each other mutually,” and that when the State makes “direct interventions” in the market these should be “only for the length of time strictly necessary.” The Compendium further states that public authorities should “seek conditions that encourage the development of individual capabilities of initiative, aut
onomy, and personal responsibility in citizens,” warning that “a direct intervention that is too extensive ends up depriving citizens of responsibility and creates excessive growth in public agencies guided more by bureaucratic logic than by the goal of satisfying the needs of the person.”

As for the application of these teachings to the Ryan budget and its approach to America’s economic, social-welfare, and fiscal woes, as contrasted with the Obama approach, Bishop Paprocki was neither reticent nor shy, while sticking firmly to the level of principle:

In seeking to limit government intervention while caring for the needs of the poor and encouraging personal responsibility, Mr. Ryan’s proposed budget is consistent with these principles. Moreover, at the very least, these passages [from the Compendium of the Social Doctrine of the Church] raise the question of whether our current programs aimed at combating poverty actually help perpetuate it by stifling individual responsibility and fostering intergenerational dependence on government.

As for those who play the Ayn Rand card in their attack on Paul Ryan, Bishop Paprocki had a few words of counsel:

The National Catholic Reporter columnist Michael Sean Winters has accused Mr. Ryan of “libertarianism” which he describes as a “heresy,” since he sees it as being at odds with Christ’s admonition that we will be judged by how we care for the least of our brothers. Surely, Ryan does stress individual responsibility — which, not coincidentally, is a strong theme in Catholic social teaching — but Ryan’s proposed budget is hardly libertarian. That is, it is hardly libertarian to publicly guarantee the existing Medicare program for those who are 55 years of age or older, and to propose a government sponsored voucher program, in which citizens would receive $8,000 adjusted for inflation in the form of a voucher for the purchase of insurance. This is hardly the proposal of one who believes that all individuals should simply fend for themselves and that the government has no role in helping to ensure their well-being.

Bishops Paprocki’s purpose, it should be emphasized, was not to endorse the Ryan budget, which he explicitly stated was not within his remit. His purpose was to clear the air of the thick fog of obfuscation (and, in Sister Simone Campbell’s case, disinformation) that has befouled the Catholic debate during the 2012 campaign. That, in doing so, the lawyer-bishop whose cathedral is a few blocks from Abraham Lincoln’s old law firm might have given the boys in the back room in Boston a much more refined way of discussing personal responsibility and the economy: Well, that was an unintended bonus — but one that demonstrates that the Catholic Left has no monopoly on the Church’s social doctrine, its presentation, and its application.

This article was originally published on National Review Online
http://www.nationalreview.com/articles/328306/catholics-and-campaign-2012-george-weigel 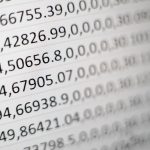