With Pope Benedict XVI heading for Brazil in mid-May to open the fifth general meeting of CELAM, the pan-continental conference of Latin American bishops, the focus of international Catholic attention will rightly turn to one-half the world’s Catholic population, its problems and its prospects.

CELAM meetings have tended toward the rambunctious. The meeting in Medellin, Colombia, in 1968 was deeply influenced by the nascent liberation theology movement; the 1979 Puebla, Mexico, meeting was opened by John Paul II’s trenchant critique theologies that presented Jesus as “the subversive Man from Nazareth.”

Reports from veteran observers of Latin American Church affairs suggest that the Medellin forces plan a comeback this year. Those same observers worry that this CELAM session has been poorly prepared, in both Latin America and Rome, and that the meeting’s working document is a hodgepodge that, by trying to please everyone, risks confusing everything.

The Italian newspaper, Il Foglio, recently asked me what I expected from Pope Benedict’s visit and the CELAM conference. Here, Il Foglio suggested, was an opportunity for genuine drama, as the Pope — a sharp critic of aspects of the theologies of liberation during his days as prefect of the Congregation for the Doctrine of the Faith — confronted the hangovers from that movement that are still found among many Latin American churchmen.

I replied that I hoped the CELAM conference would cast its net more widely, moving beyond the left/right debates of the past 40 years to a new vision of Catholic possibility in the new demographic center of the world Church.

To that end, I hoped that three ideas would frame the discussions in Brazil.

First, Latin American Catholicism, like Latin America itself, must become the protagonist, the subject, of its own history. For more than half a millennium, Latin America has thought of itself as the object of history-made-elsewhere: first, the history made by the colonial power of Spain and Portugal; later, the history made by the giant beyond the Rio Grande, El Norte, the United States. This instinctive self-deprecation — this sense of being on the receiving end of history, rather than the forging end — has to stop.

Latin America is a diverse, rich continent of cultures formed by the unique interaction of native, Iberian and African peoples. It is a cornucopia of natural and human resources. Yet it never seems to be able to gather itself for civilizational greatness — in part, because of this ingrained habit of thinking of itself as a victim. If Pope Benedict manages to ignite the idea that Latin Americans must take charge of their own history — which means, among other things, confronting the shadow-side of that history, including the rampant corruption and statism that block economic and political progress throughout the continent today — he will have done Latin America a great favor.

Second, Latin American Catholics must recognize that the gains made throughout the continent by evangelical and pentecostalist Protestantism are, in part, the result of Catholic failures — not of some dark plot from El Norte. A sober reckoning with the fact that evangelicalism “works” in Latin America because it instills virtues that Catholicism has found it difficult to inculcate — sobriety, respect for family, thrift, responsibility — would be a good place to start the examination of ecclesial conscience.

Third, Latin American Catholic leaders should recognize that the real enemy is not evangelicalism, but secularism. In 1992, anyone who suggested that “gay marriage” would be an issue in Latin America would have been thought insane. Yet it’s on the books in Buenos Aires and likely to come soon to parts of Mexico. In resisting the secularist tide as well its crypto-Marxist cousin, the back-to-1968 politics of Venezuela’s Hugo Chavez, evangelicals are the allies of the Catholic Church, not our enemies.

None of this is very original — not least because I have absorbed most of it from Latin American churchmen over the years. May the bishops and theologians who have internalized the John Paul II Revolution carry the day in Brazil with the aid of Benedict XVI, who once reminded liberation theologians enamored of “Marxist analysis” that “God wishes to be adored by people who are free.” 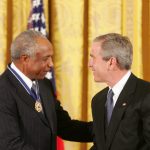 Born in the Midst of Daily Life