Cardinal Kasper on the State of Ecumenism

2008 marks the 100th anniversary of the Chair of Unity Octave, which has evolved into an annual pan-Christian week of prayer running from January 18-25. Prayer, it seems, is what is most required in the early 21st century quest for Christian unity, a quest that reached a peek of euphoria in the mid-1960s and that has suffered many disappointments ever since.

Cardinal Walter Kasper, president of the Pontifical Council for Promoting Christian Unity, briefed his brother cardinals on the current state of the ecumenical enterprise, at the consistory this past November 23. Kasper made several important points in the course of his ecumenical overview:

–The recovery of Christian fraternity is “the most significant, and most gratifying, result of ecumenism over the past few decades.” Documents and agreements are important, but “the fact that we have rediscovered that we are brothers and sisters in Christ, that we have learned to appreciate one another,” is the crucial accomplishment of the recent past. One important, and perhaps unanticipated, part of this rediscovery of Christian fraternity is that other Christian communities have seen in the See of Peter, the papacy, “an increasingly important point of reference” for everyone.

–After 1,500 years of separation, contact has been reestablished between the universal Church and the Churches which separated from Rome because of the Council of Ephesus (381) and the Chalcedon (456).

–The dialogue with Orthodoxy has begun to recognize that “1054” — the year of mutual excommunications between Constantinople and Rome — was not a discrete moment but the culmination of “a long process of estrangement and alienation,” such that the necessary path today is “a reverse process of mutual reconciliation.”

This is going to take time. Still, important achievements have been realized, including the regular exchange of visits and messages between the Pope and the Ecumenical Patriarch of Constantinople, a process of fraternal communication that had lain fallow for 900 years.

A breakthrough of potentially great consequence took place in October 2007 in Ravenna, when Catholicism’s Orthodox dialogue partners “recognized a universal level of the Church” (that is, the “Church” is not simply a federation of patriarchates). Moreover, the Orthodox dialogue partners agreed that, at this universal level, there is a primate “who can only be the bishop of Rome, according to the hierarchy of the early Church.”

This important step will, of course, have to be developed in future theological conversation, but it is nonetheless a key move in the path toward full communion between Rome and the Christian East.

In other words, it is very difficult to engage a fruitful theological conversation with dialogue partners who keep moving the goal posts.

–At the same time as the dialogues with the Anglican, Lutheran and Reformed communities have hit the skids, a new dialogue has opened up with those evangelical Protestant communities that hold fast to classic Christian convictions about Christ, the Trinity, and the moral life. (Kasper didn’t mention it, but the “Evangelicals and Catholics Together” initiative led by Father Richard John Neuhaus and Charles Colson is the most developed of these dialogues.)

There are difficulties in the Catholic/evangelical dialogue because of aggressive proselytization by Pentecostals in Latin America. But as Kasper said, on this front, “We should begin by asking ourselves, not what is wrong with the Pentecostals, but what our [Catholic] pastoral shortcomings are.”

Ecumenical progress, Kasper concluded, must rest on “rediscovering … the foundations of our faith.” Everything becomes “unstable and empty of meaning” if we do not have a “firm faith in the living God, Triune and One, in the divinity of Christ, in the saving power of the cross and resurrection.”

Which would seem to be as true within the Catholic Church as in ecumenism. 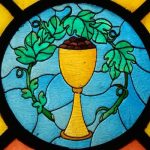 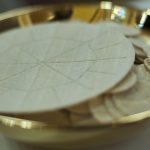 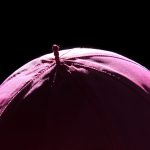