For I can see nothing but violence
and strife in the city.
Night and day they patrol
high on the city walls.
It is full of wickedness and evil . . .
Its streets are never free from tyranny and deceit.
— Psalm 55

State-sanctioned homicide is no stranger to Ukraine: In the Holodomor, the Ukrainian terror famine of 1932–33, as many as 8 million Ukrainians were deliberately starved to death in a genocide planned and executed by the Soviet leadership in Moscow and enforced by Stalin’s satraps in Ukraine. In that sense, death-by-sniper-bullet is cleaner. But it is no less murder, and no less state-sanctioned murder, when the bullets are fired by internal security forces and police at the behest of the democratically elected (but certainly no longer “democratic”) government of Ukrainian president Viktor Yanukovych.

As darkness fell in Kiev on January 22, the precise number of state-sanctioned murders committed by Yanukoych’s security forces in the past 24 hours remained contested. What is not in question is that, in a dramatic new escalation of violence in the two-month-old protests in Ukraine’s capital, snipers operating from the sixth floor of a building began firing today on EuroMaidan activists in Hrushevskoho Street. One of the deceased was shot four times.

The state also deployed more traditional methods of brutality this week. Yesterday, thugs kidnapped Ihor Lutsenko, a leading civil-society organizer, at the hospital where he had taken a wounded fellow activist, Yuriy Verbytsky. Lutsenko was released after a harrowing 15 hours and three death threats. Verbytsky was not so fortunate: Today, his badly beaten and broken corpse was found in the woods near Kiev. Verbytsky was almost certainly singled out for a savage death because he was from Lviv in western Ukraine, a cultural center of national identity during the Soviet period that has long been a thorn in the side of Yanukovych and his tilt-toward-Russia associates. And some speculate that Lutsenko, a man of great dignity who has been one of the most impressive of the civil-society leaders to have emerged over the past two months, was finally released by the kidnappers because some of his relatives work in the Yanukovych government.

The strikingly different fates of these two men — both kidnapped, both terrorized, but one beaten to death and the other released — may help clarify the character of the Yanukoych government. It is far more a criminal syndicate than a classic totalitarian regime. The tactics Yanukoych has employed as president — forging alliances with oligarchs (who have funded the president’s political party and also made him vastly wealthy personally); hiring gangs of brutes to cow potential opponents; assassinating opponents who didn’t get the message from the thugs or who refused to kowtow; aggregating power in the hands of a single party held together by greed, the lust for power, and the fear of retribution; the thoroughgoing corruption of the justice system and the courts; the eventual strangulation of parliament — were all previewed in the late 1990s and the early years of the new century when Yanukovych was governor of the Donetsk oblast in eastern Ukraine. There, Yanukovych honed his capacity to acquire, and then hold on to, a form of power that is cemented together by personal loyalties, financial cupidity, and fear rather than by any common ideology. Call it clan politics; call it Mafia politics; call it whatever you like, only don’t call it “democratic.” Yanukovych may have come to power through the formal mechanisms of democracy (although the legitimacy of recent elections in Ukraine is certainly open to doubt). But as EuroMaidan leaders such as former world heavyweight champion Vitaliy Klychko have long insisted, Yanukovych has destroyed constitutional governance in Ukraine, and Ukraine can no longer be considered a democracy.

The brazenness of this thugocracy remains on full display, and not only in the streets. On January 22, several hours after civic activists came under sniper fire, the ambassadors of the United States, Canada, and the European Union states were called to the ministry of Foreign Affairs for a “briefing” led by the minister of foreign affairs and the minister of justice. The head of the SBU, the former Ukrainian KGB, provided additional comments. The ambassadors were shown videos of “terrorists” attacking the security and police forces; there were no images of snipers attacking young men who were, at worst, throwing rocks and the occasional Molotov cocktail, nor were there pictures of those who had been bludgeoned to death by the security forces.

The foreign minister was a half-hour late for the “briefing,” and after he and his governmental colleagues had harangued the ambassadors for what was deemed a sufficient length of time, the foreign minister declared the meeting over. When the German ambassador protested loudly that he had questions to ask, he was brusquely informed that this was a briefing, not a round table. The minister of justice, cornered by a group of ambassadors, waved them off and departed with a sneer. All of this was recorded and later shared on social media and several of the Internet TV channels that have sprung up in Kiev in recent months. Several ambassadors’ complaints about a “diplomatic scandal” were aired on these same outlets, but to what end? Yanukovcyh’s ministers didn’t care; by their lights, they didn’t have to. They have the power. For them, that is the only reality that counts.

Twenty-one years ago, in a 1993 lecture at George Washington University, President Vaclav Havel of the Czech Republic spoke with his characteristic eloquence of the damage that Communism had done to the moral ecology of the nations it had long held in thrall. Soviet Communism was not “totalitarian,” Havel proposed, simply because it held all the levers of political and economic power. It was totalitarian because it “permeated every aspect of life and deformed everything it touched, including all the natural ways people had evolved of living together.” Individuals who had deeply internalized this structure of perverted human relationships, Havel then argued, were going to have a very difficult time building a “new system of living values.”

The truth of Havel’s claim is now fully on display in the Yanukovych regime in Ukraine.

Almost two decades before his GWU lecture, in his classic essay “The Power of the Powerless,” Havel also identified the challenge now squarely before the civic-reform movement in Ukraine, bloodied but, thus far, unbowed. As it considers its options, its brave leaders and people might reflect on why they, the powerless, have been deemed such a threat by Yanukovych and those who wield all the hard power in Ukraine these days. And they might reflect on why the civic opposition must continue to develop and deploy the weapons of soft power in the long struggle for authentic democracy in Ukraine that now seems inevitable. For, as Havel wrote in his essay:

Living within the truth has more than a mere existential dimension (returning humanity to its inherent nature) or a noetic dimension (revealing reality as it is), or a moral dimension (setting an example for others). It also has an unambiguous political dimension. If the main pillar of the system is living a lie, then it is not surprising that the fundamental threat to it is living the truth. This is why it must be suppressed more severely than anything else.

It would be helpful if Ukraine’s civic activists received effective support from Western governments. But none has been forthcoming. The United States announced that it was lifting the visas of certain Ukrainians who were, presumably, involved in the recent violence; but the State Department didn’t even identify who was being pin-pricked this way. Meanwhile, Soviet foreign minister Sergey Lavrov chastised his “European colleagues” for behaving so “unceremoniously in connection with Ukraine’s crisis” — in other words, he rebuked European diplomats for giving occasional support to the EuroMaidan demonstrators. Then, more ominously, Lavrov hinted at Russian intervention in the Ukrainian crisis: “Russia will do its utmost to . . . stabilize the situation. Ukraine is our neighbor, partner, friend, and brother.”

In light of the dead bodies on the streets of Kiev, which bring back bitter memories of the murdered and exiled civic activists of recent years in Russia, such language is nauseating. For among his numerous other crimes against the country he rules, Viktor Yanukoych has turned Ukraine into a kind of economic neo-colony of Russia’s, thanks to his various deals with Vladimir Putin. He has just as obviously imported into Ukraine, first in Donetsk and now nationally, the Putin method of governance. Lavrov knows this. Lavrov also knows that Yanukovych is a pawn in Putin’s strategic game of reconstituting the old “Soviet space,” de facto if not de jure. And yet he had the gall to speak of “brothers,” the day before the sniper shots rang out in Kiev.

This article was originally published on National Review Online
http://www.nationalreview.com/article/369214/bloodlands-george-weigel 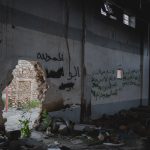