The Svengalis at fault are those usually dubbed the “revisionist historians” of the Cold War. These are the folks, many of them protégés of the late Wisconsin historian William Appleman Williams, who came to prominence in the late sixties by arguing that Harry Truman started the Cold War. This, in turn, became the revisionist rationale for a policy of detente, even appeasement, toward the Soviet Union. All the unpleasantness was, after all, our fault. The USSR, fearing encirclement and scared out of its wits by American saber-rattling, was a defensive power that posed no threat to the West. If we would only disarm and negotiate, Moscow would quickly follow suit.

The revisionists’ case, driven in part by a deep animus against the United States and wholly implausible to anyone with a smidgen of real-world experience of communism, has now been thoroughly discredited by the materials pouring out of the state, military, and KGB archives of the former USSR. The old history, it turns out, was the correct history: Stalin’s Soviet Union was an aggressive, expansionist power; it worked hard to subvert Western democracies; ideology was a driving force behind Soviet imperialism.

But being in the American academy means never having to say you’re sorry—especially when you’ve managed to convince yourself that you constitute the party of moral rectitude. Thus the revisionists, in retreat after the collapse of communism in the late 1980s, have now returned with a vengeance to the mid-1940s, and specifically to the issue of why President Truman decided to use atomic weapons against Japan.

Revisionist historians of the Cold War had always been hostile to Truman’s decision in August 1945, which they believed had been motivated by ill-informed anti-communist bias: Hiroshima and Nagasaki being, in effect, warning shots across the Soviet bow. But this argument gained widespread public notoriety only last year, when word got out about how the National Air and Space Museum planned to exhibit the reconstructed fuselage of “Enola Gay,” the B-29 that dropped the first atomic bomb on Hiroshima.

The original exhibit script was nothing less than a wholesale recasting of the standard history of World War II in the Pacific. Japan, far from being an aggressive power, was culturally, economically, politically, and militarily threatened by the United States, a racist country with hegemonic ambitions that was determined to prevent Japan’s rise as a Great Power. Japan’s actions throughout the 1930s—the invasion of China, the erection of the puppet state of Manchukuo, the vast expansion of the Imperial Navy, the stockpiling of war materiel, the fortification of a string of islands across the Pacific, the threats to Southeast Asia—all this was to be understood as a response to white colonialism and economic aggression. Thus World War II was, from the Japanese point of view, “a war to defend their unique culture against Western imperialism” (as the script put it). Even the kamikaze pilots got a good word in the original script: their suicide attacks on American warships were depicted as the acts of idealists.

In this context, the correct view of “Enola Gay” was to regard it with an opprobrium only slightly less comprehensive than that ascribed to the famous gates at Auschwitz, with their cynical slogan Arbeit Macht Frei (“Work Makes [You] Free”). The atomic bombing of Japan, wholly unnecessary from a military point of view, was an indefensible act, the culmination of an American war of vengeance, a murderous cocktail mixed of one part racist revenge and one part anti-communist hysteria. Harry Truman was little better than a war criminal. For not only did “Enola Gay” massacre thousands of innocent Japanese; it also set in motion the dynamics of the Cold War, which threatened the same fate for all mankind. 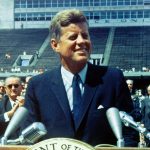 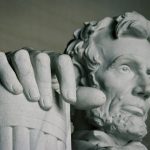 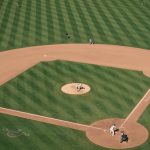